Those of you who follow my blog will be familiar with the many stories I have told about Nottingham High School; its Founders, its coat of arms, its war heroes, its caretakers and its one or two villains. I have recently finished compiling these stories, and many more, into a new hardback book called Nottingham High School: The Anecdotal History of a British Public School, published with Lulu.com.

My history is an entertaining one about the people behind the institution – what they thought, said, and did from the reign of Henry VIII up to the modern era. I want to tell the stories of the ordinary people whose actions changed the history of Nottingham forever, and those whose lives had much wider influence on the history of our country and on the lives of people across the world. I tell the tales of all people connected with the High School – teachers, support staff, boys, alumni… from caretakers to kings! 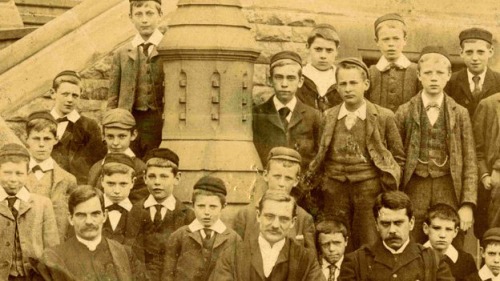 The book is written in diary form and runs from Thursday, June 30th 1289 to Thursday, July 12th 2012. It’s an easy read that you can dip in and out of as you wish. Find out about the antics of the boys, the excesses of the staff, the sacrifices of the alumni, and the castle-like school building in all its majesty.

My book contains new and previously unpublished research into the lives of some of the most famous ex-pupils of the school. Read about the childhood of scurrilous author D.H.Lawrence, whose controversial books were still banned 50 years after he wrote them. Read about the disruptive antics of Albert Ball V.C., the daring air ace who always fought alone. Read about American Old Boy, Major General Mahin of the U.S. Army, a man whose power and authority in the Second World War rivalled that of General Patton, until he was killed (or was it murder?). 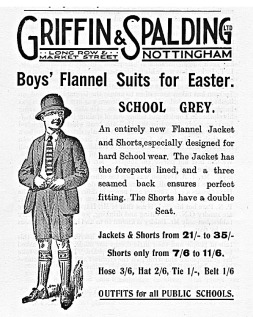 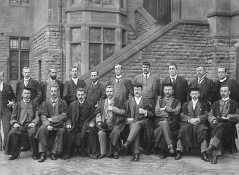 The tone of my work is interesting and light, but at the same time, as you know from my blogposts, I can show my more serious side when occasion demands. A very large number of former pupils from the High School died in the two World Wars and their sacrifices are reflected in my book.

I have really enjoyed writing this new history book, and I hope that you will find it an entertaining and intriguing read. If you would like to give it a go, then it is now available from Lulu.com. 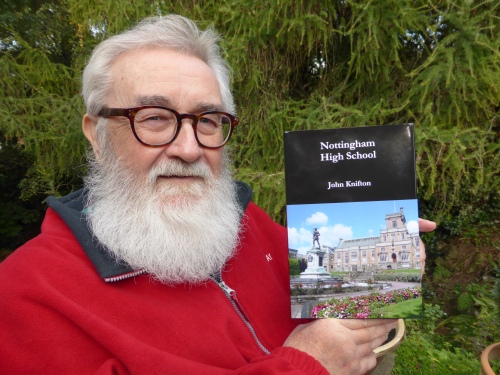 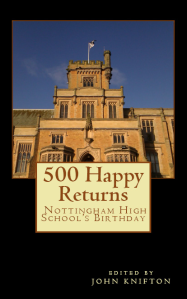 Nottingham High School celebrated its five hundredth birthday on February 1st 2013. Every member of the school was asked to write a short description of what they had done in any given part of their day. People were free to write whatever they wanted that was school related, from waking up in the morning, eating breakfast, coming to school, lessons, activities outside the classroom, to going home, relaxing at the end of the day, falling asleep at night, whatever they thought was worth recording. The result is a fascinating, and perhaps poignant, minute-by-minute snap shot of life in a public school at the beginning of the twenty first century.

All profits from this book will be donated to the school’s bursary funds which enable gifted boys from all backgrounds to attend the school.

500 Happy Returns: Nottingham High School’s Birthday is now available as a paperback or Kindle edition from Amazon.co.uk and Amazon.com.