Excitement with a capital Egret

.
Excitement with a capital E. I ring faithful old Birdline, at two o’clock, and for once strike lucky. The pre-recorded message tells me that a Great White Egret is present at Rutland Water, on the Egleton Reserve. I ring Paul before jumping into the car and heading off at a rate of knots. Noble and honourable to the core. Except Paul isn’t there. I decide on a compromise, or, as you are entitled to call it, the coward’s way out. I’ve already promised my wife that I’ll take her to Sainsbury’s, so I spend the next half hour driving round the Ring Road at 90 miles per hour, doing a week’s shopping in a British Olympic qualifying time, and then returning to phone Paul just once more. Still no answer. Knowing him, he’s properly gone off with his mate Mark to see the bird without bothering to tell me. So into the car I jump, and off I go. 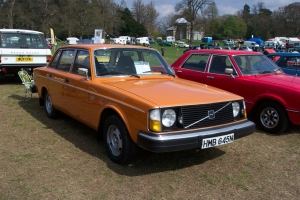 It takes me about three quarters of an hour to do the forty miles to Rutland Water, with an irritating delay in the Saturday shopping traffic at both Melton Mowbray and Oakham.

When I get to the reserve, there is a heart stopping moment when I see that there are no cars in the reserve car park. Not to worry, the bird has just moved a short distance out of the reserve, towards the Hambleton Road. The warden on duty gives me a disconcertingly long set of immensely complex instructions to take me down to a crossroads, where the bird is still on view. In actual fact, his instructions prove to be wonderfully exact and easy to follow, and I am soon beside a crossroads, where there is an obvious crowd of birdwatchers, and a great tangle of carelessly parked and apparently abandoned cars. 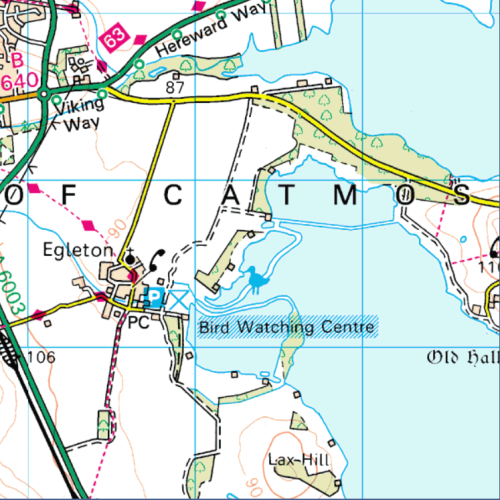 I see the bird immediately from the car, before I even pull to a halt. It flies in an almighty arc, with that same translucent pearly white as the  Little Egret I saw at Frampton, only this time the bird is a lot bigger, the size of a Grey Heron.

When I finally arrive on foot at “The Place”, “The Bird” has landed on the very topmost branch of a tree, about seventy yards from the road. It is a very striking individual, looking absolutely enormous, perched in the very top twigs of what is not really a particularly large  tree. The bird appears to be extremely precariously balanced, but it seems happy enough. I get it in my telescope and watch it until boredom sets in. The bird is, by now, just very gradually beginning to get more and more restless, as a larger and larger crowd builds up, and the hum of human conversation gradually becomes louder and louder. It keeps looking around in an almost panicky sort of way, until it finally flies off low between the trees, looking for all the world as if it is going just a few hundred yards away.

In actual fact, it isn’t, and the rare visitor is never seen again on the reserve.I drive around to the northern section of the reserve, where there are a lot of quiet places, all ideal habit for an egret. It isn’t there. I look for a good half hour, but finally have to admit defeat. It’s really sad how many birdwatchers arrive after the bird’s departure, some from as far away as Somerset. On the other hand, it is certainly arguable that it is the large number of noisy, chattering birdwatchers that have caused the bird to fly off.

Nowadays, some twenty five years later, the Great White Egret is by no means a rare bird in England.

They have bred here on at least two occasions, in 2012 and 2013, at Shapwick Heath, Nature England’s National Nature Reserve in Somerset.

Every year, up to forty individuals will arrive in England in the winter, having left the colder climes of mainland Europe. The bird which remains still genuinely rare in England, though, is the American version of this bird, the Great Egret Ardea alba egretta (as opposed to the European Great White Egret Ardea alba alba). This subspecies is suspected as having occurred in the UK as a very rare vagrant on just a few occasions.

2 responses to “Excitement with a capital Egret”