Gulls are the most puzzling of birds….

An extract from my old birdwatching diary, “Crippling Views”

Another lunchtime visit to the local nature reserve at Attenborough. Look for the orange arrows:

Paul has given me a stakeout for the Yellow-legged Herring Gull that is supposed to have been down here for the past few weeks, on and off :

I also would like another look at the funny duck that was down here two days ago.  Unfortunately, the duck is not there when I stroll over to the river, and I have to abandon hope on this one, after a good scout round.

A brief inspection of the birch trees near the car park however does reveal the YLHG, which I feel fairly sure is the same bird that I saw two years previously on the Trent sluices at Colwick, four or five miles or so further up the river. The legs are a cracking bright yellow colour, but I am to a certain extent puzzled by the paleness in the grey of the bird’s back, which, according to Grant’s excellent guidebook “Gulls: a stringer’s guide” should be significantly darker than the normal Herring Gull, but I would say that this individual is definitely quite a bit paler than it should be. This is a normal Herring Gull:

I am further puzzled by the presence on one of the lakes of an obvious Lesser Black-backed Gull. That bird, of course, has yellow legs, but again, seems paler than one might expect. Is it, therefore, a Darker-than-Normal-Yellow-legged Herring Gull?  Or a Lighter-than-Normal-Lesser Black-backed Gull? Who knows? And I am actually beginning to think:

Here is a Lesser Black-backed Gull:

And if so, then what is the first bird?

I hate gulls. You’re always on your own when you see them. Or else you are with people so expert that they only ever discuss unbelievably rare birds and never ever mention common ones.

“Did you see the Red-Legged Kittiwake at Flamborough last week?”

“No, but I was lucky enough to find another Relict Gull yesterday, up near the lighthouse, second winter, third in the brood, it had a slight cough.”

Anyway, I tick the Attenborough Two as two more Firsts for Britain, namely California Gull and Slaty-backed Gull. Who knows? They might be.

I make my way back to the car park. On the way I see a kingfisher: 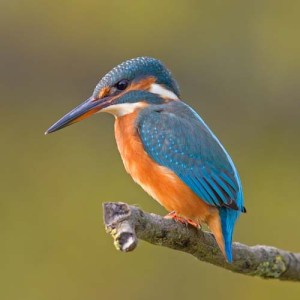 Gulls are the most puzzling of birds. Every single group of ten or more seems to contain at least one individual that might be of another very similar species. No wonder that American birdwatchers are reputed to arm themselves with photographic colour charts which allow a damned sight more than fifty shades of grey to be distinguished one from another.

And so many gull species hybridise on a regular basis. This is a frequent hybrid, the so-called “Nelson’s Gull”:

It has characteristics reminiscent of both Herring Gull and Glaucous Gull, its two parents:

On the other hand, it is really quite wonderful how Mother Nature can create so many different species across the whole world using black, white and grey as the colours from the genetic paint box, with mainly red, yellow or black for the beak and legs.

7 responses to “Gulls are the most puzzling of birds….”