The rarest bird I ever saw

Another bit of excitement, this time at Pitsford in Northamptonshire, where there is a Sociable Plover, first discovered apparently by a teenage birdwatcher, late on Sunday evening, flying around with a flock of Lapwings. The Sociable Plover, not the teenager.

Here is a Lapwing: 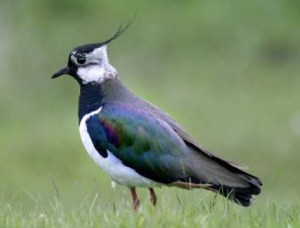 And here is a Sociable Plover: 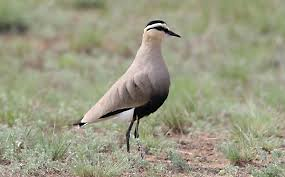 I have a free afternoon from school on Tuesdays, so I decide to leave at one o’clock, directly from Period Five. So as not to look an even bigger idiot than normal, I take a pullover and a pair of jeans to change into, as well as my telescope, tripod and binoculars. I religiously ring Paul, as I always do, to ask him if he wants to come, but he’s at work, I also ring Alan to unmake a previous date to go looking for Hobby at Clumber Park that evening. Surprisingly enough, he also has a free afternoon, so we decide to go for the bird together.
It’s only about eighty miles to Pitsford, so we arrive there about three thirty. Look for the orange arrow: 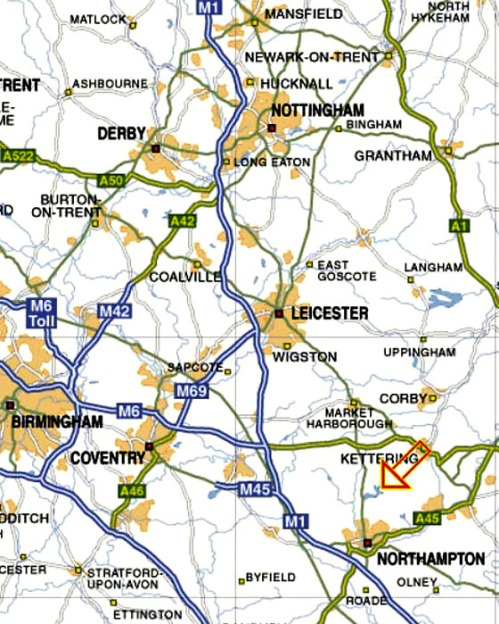 It is obvious where the bird is supposed to be from the great tangle of parked cars. Quickly, we park too, and head on out there. It is a marshy area, with a very long shoreline, and a lot of distant birds. Look for the orange arrow: 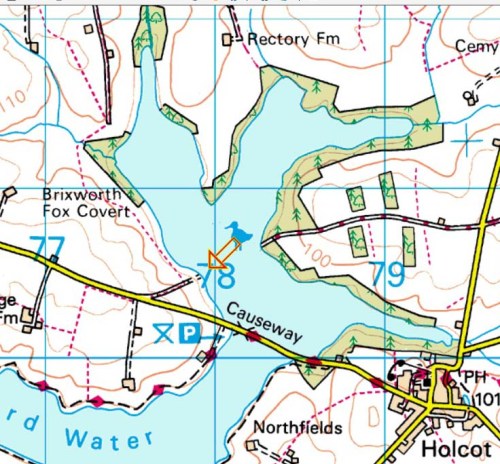 Unfortunately none of the distant birds is a Sociable Plover, although a winter plumaged Grey Plover, seen through a heat haze at a range of about four miles, does cause quite a few hearts to flutter, mine included.

There are some Curlew Sandpipers, a few Ruff , and a couple of Little Stint.

The Pectoral Sandpiper, though, which has been reported for the last couple of days, seems to have gone: 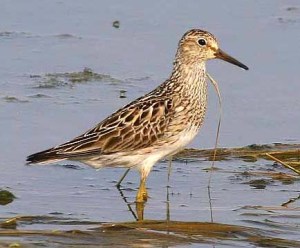 Eventually the disappointed crowd drifts away, in ugly mood, to the section of the reservoir where the Sociable Plover came in to bathe on Monday afternoon. Here, there are absolutely thousands of gulls, and to relieve the monotony of waiting, we look through the crowd for the lone Mediterranean Gull that has been tantalising the gull watchers for the last few evenings:

No luck with that either, and Alan and I agree on a departure time of six thirty, as the last few minutes of daylight tick inexorably away. Finally, we are forced to admit defeat, and terribly disappointed, we trudge despondently back to the car. Fifty yards from the vehicle, I get my car keys out. We are just climbing over the fence at the side of the road, when a rather rusty car suddenly squeals to a halt, and a young man jumps out and screams:

We restrain him for a moment and ask him one or two simple questions like:

He burbles on for another ten minutes about crossroads and turns left and turns right and pubs called the Red Lion, houses with green doors and the third tractor from the right: 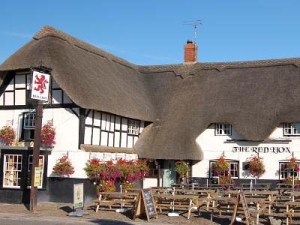 This is terrible. It is one thing if the bird is not there. That you can live with, difficult though it may be. But to be right next to the bird, and not to be able to navigate your way to it in the car, that’s something else:

It is cruelty of an unreasonable nature. The young man tells us to wait. He’ll call over all of the other birdwatchers, still standing expectantly on the edge of “The Marsh”. Then we can all follow him in a convoy, just like in the song and the film made from it:

This we all do, or rather, attempt to do. I am personally amazed at what staggering speed a rusty T Reg Datsun can achieve when provoked:

He must have rocket assisted take off in the boot. We are driving along country lanes at around ninety miles an hour, squealing the tyres on rustic roads which are really meant for bicycles or the odd haywain: 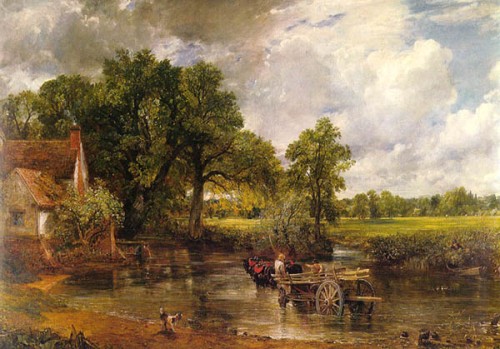 On the other hand, there is a certain logic that says if I keep fifty yards behind the lunatic in front, we cannot fail. Whatever bend the Datsun can get round, I can get round. Any emergency stop he is forced to do, I will have ample time to prepare for. It doesn’t work quite so well at “Give Way” signs, and we have a couple of close shaves. Nevertheless, after a fundamentally frightening drive down these little country lanes, we arrive at the tiny village of Old, where we find cars abandoned at crazy angles across the grass verge and even in the road itself . A great crowd of people is staring fixedly at the back of a distant field.

This Must Be The Place: 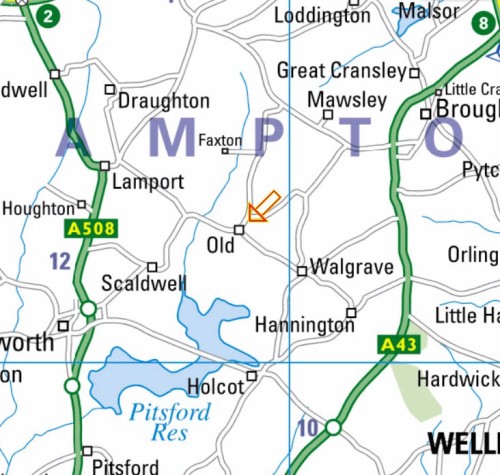 The field itself is in a rather strange condition, unlike anything I’ve ever seen in Nottinghamshire, with some areas recently ploughed, with lots of bare earth visible, but there is also a series of strips of stubble, all about six or seven yards wide. The Plover is out there with a large group of Lapwings, but it is a long, long way off. It takes a lot of careful and diligent searching, most of it done at comparatively high magnification, before Alan and I both find The Bird:

It is nowhere near as colourful as the field guides would have you believe, and, indeed, it is completely capable of disappearing entirely when it stops moving around, and just sits down quietly, looking rather reminiscent of a clod of earth with two eyes and a beak. Unfortunately, it doesn’t fly at any point, so we miss the chance of comparing the wing pattern to that of Sabine’s Gull, and of seeing just how similar it is:

Still, you can’t have everything. Indeed, the way that things have gone tonight, it would be difficult to imagine how much luckier we could have been.

In my career as a twitcher, that was the closest I ever came to not seeing a rare bird, but then still managing to see it.

Secondly, the Sociable Plover was the rarest bird that I ever saw, from a global point of view. Red-breasted Nuthatch has occurred only once ever in England, and so has Ancient Murrelet, and I saw both of them:

The world as a whole, though, is not particularly short of either species. Sociable Plover however, at this time, some thirty years ago, was on the IUCN Red List of Threatened Species, chiefly because of over-hunting and habitat loss, two splendid ways of driving a species into extinction. At the moment, the Sociable Lapwing, as it is now called, has recovered sufficiently to be placed currently in the Critically Endangered category:

28 responses to “The rarest bird I ever saw”