In January of 1918 Dab Furley was promoted to be a School Prefect. He joined a group of young men whose names and nicknames were listed in the new school magazine, The Highvite.
The Captain of the School was “Dicky” Bird, and the others included “Fuzzy” Barton, the Captain of Rugby, “Seaweed” Saward, “Fickle” Parr, “Nigel” Norris, “Our Stan” Buxton, “Dreg” Morley and “Jabez” King. Here is “Fuzzy” Barton at the time, wearing the uniform of the OTC: 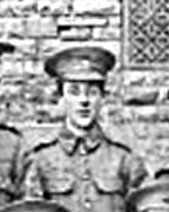 And here he is, still looking desperately worried, as a member of the Mathematical and Science Sixth Form in 1915:

The Highvite magazine also contained a number of humorous advertisements, with owners appealing for the return of their lost articles. They included a pair of socks, green stripes on a pink background, interspersed with yellow clocks, buff spots and heliotrope floral design (RJC Wood, 6B), a pair of parallel bars, supposedly ejected through the gymnasium window when RF Parr blew his nose (Staff-Sergeant Hall) and a white bulldog (Miss Pollard, the school secretary). There was also a list of recent additions to the literary world, including “How to Grow a Moustache” by Mr Barry Kipping, “What to Eat and How” by Dr RF Parr, and “The Evolution of Muscle” by Staff-Sergeant Hall.
I did in actual fact search the Internet for any mention of these young prefects. Results were inconclusive, but quite interesting. I did find a JA Saward in the lists of those who had served in the Royal Flying Corps in the Great War:

Coincidental evidence, of course, but probably enough to convince me. The same list of RFC personnel did also include a TLE Morley, as if the two young prefects had perhaps joined up for a great adventure together. No name was supplied for JA Saward but his friend was listed as Thomas Leslie Erskine Morley.
In similar vein, I also found that an N.F.Norris had relinquished his commission in the Irish Guards on April 1st 1920, and he thereby reverted to being a mere Second Lieutenant.
On the very same day, an R.F.Parr had done exactly the same thing, in the very same regiment. Perhaps these two young prefects from the High School had hoped to preserve their friendship when they both joined the same regiment together in 1918:

The Nottinghamian of the Great War era also carried an interesting account of the Prefects’ Room, which was situated in what is now the tower of the school…

“There are only seven chairs for the ten prefects, and Saward spends most of his leisure time chewing gum, and then trailing strands of it across the door. Towle then immediately amuses himself by electrifying these wires. Parr is usually sitting in the corner eating his dinner at 11 o’clock in the morning. Norris is rather bad tempered, and writes many private letters, and Morley and Furley do much tidying of the room, in the face of enormous odds: 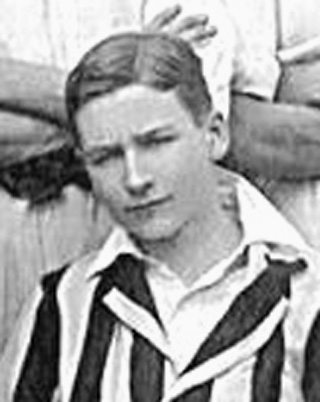 King practises Jiu-Jitsu on chairs, tables, air, or any unfortunate person whom he may happen to get hold of. The room has two doors, one for people, the other for draughts, and is lit with a gas fire that keeps popping, but does not give much heat.”

In a rather bizarre aside, the magazine goes on to say that Jacob (alias J.A.Saward) is shortly going to marry the Queen of Sheba (alias J.King); the wedding is to be a very quiet one and there are to be no flowers by request.
Of these Prefects, Messrs Bird, Barton, King and Saward were to be four of the five Captains of the School in 1918, as young men departed for the Front. During the Summer Term, it was Percival Henry Biddulph Furley’s turn to hold the Number One Job.
Dab’s elder brother was the splendidly named Athelstan Willis Furley, who was his senior by six years. During the Football Season in 1908-1909, he was one of six Fifth Form boys, were found guilty of “systematic and persistent slacking at football”. The wrongdoers were H.G.Ellis, A.M.Forsyth, A.W.Furley, P.K.Johnson, E.R.Oakden and R.Staniforth.  The Prefects, responsible for school discipline, offered them the choice of writing out fifty lines of Shakespeare, or two strokes of the cane. They all opted for corporal punishment, except for Staniforth, who wrote out the Shakespeare. During the 1910-1911 Season, the School’s annual Eight-a-side football competition was won by a team consisting of H.B.M.Groves (captain), E.P.Betts, W.Clayton, P.L.Coppock, E.I.Dexter, A.W.Furley, L.B.Kellett and A.L.Lowe. During the Great War, Athelstan Willis Furley served in the Nottinghamshire Battery of the Royal Horse Artillery:

In 1929, Athelstan was back living with the family at 72, Cromwell Street, Nottingham.
What may well be a close relative of the Furley family was Edwin Furley Mellor who won a Standard Medal for football at the end of the 1909-1910 season. During the Great War he too was an Acting-Captain in the Royal Field Artillery. Perhaps one young man joined up to be with another member of his family. By 1929, Edwin was living at “Addison House”, 58, Addison Street, Nottingham, only five minutes walk from the school and from Cromwell Street.

At the turn of the century, a former pupil of the High School, Richard St.Clair Page, had written a short novel entitled “The Three Merles” which was a thinly veiled description of the High School around 1880-1890:

It was very reminiscent of works such as “Tom Brown’s Schooldays”, and described how a new headmaster had arrived at a quiet, comfortable school, and changed it completely by the very force of his personality. The new Headmaster was Dr.Govan (Dr.Gow), and other teachers were called “Sammy” or “Johnny” Horner (Sammy Corner), and “Old Mr.Bray”, (Charles Bray). The imaginary school, like the real one, had a Mr.Lupton, and a Sergeant Holmes as its School Porter. “Doctor Govan” changes the school uniform and this is when what I presume to be Dab Furley’s father makes an appearance:

“The end of that Summer Term drew near, and Ray was walking down town with Furley of the Fourth. Each boy wore the new cap recently introduced by the Doctor. The cap fitted close to the head, and bore the quaint lozenge shaped crest of the school, with its three merles on a white ground, a badge restored to use by the Doctor, and of which the boys were proud. It was known by the vulgar boys of the town as the “three crows”. But on the top of the cap there was a small white button, visible at a distance and marking a Grammar School boy from behind. The whole school resented this; some of the boys inked it over.”

The reason that the boys from the “Grammar School” did this, was that, out in the streets, having recognised their social betters, the “vulgar boys of the town” (in real life, of course Nottingham),  would throw anything to hand at them from behind to knock their caps off, safe in the knowledge that they would never be caught.