Young men behaving badly and a Touch of Class (2)

Last time I mentioned that there had been a quarrel which set Roy Henderson and his friend Arthur Barton, both from the richest areas of the city, against Harold Connop, the poor kid from the wrong side of the tracks. Two fairly clever kids against one who was blindingly clever, despite his impoverished background. The disagreement took place when Connop was in his second term as Captain of the School, in the Summer Term of 1917.  Roy Henderson was never selected to be Captain of the School and Arthur Barton only did the job very briefly at the end of an extremely short Easter Term, when Francis Bird was called up in March 1918.

As I said in Part 1, I do not know why Harold Connop was so unpopular although at least three, possibly four, reasons spring easily to mind.

Anyway, here is the tale of the quarrel:

“Arthur Barton and Roy Henderson had given lines to one of Mr Strangeways’ favourites, whom they had found misbehaving. The two prefects were then told off for daring to punish this favoured boy. In revenge, however, fellow prefect Towle climbed through a trapdoor in the ceiling of the 5B room, into the loft above Mr Strangeways’ room, and disrupted his lesson by making a tremendous row on the ventilators.

This is Mr Strangeways: 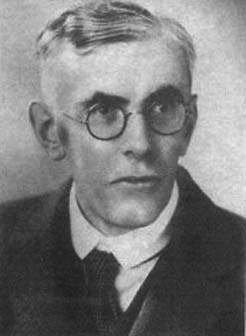 Both Barton and Henderson knew that Towle was going to do this, but they did nothing to stop him. Later, they argued that it was not for the Prefects to “attempt in any way to prevent such misbehaviour during School hours: that was the duty of the Masters.”

The other Prefects urged them to “help preserve a proper standard of behaviour”, and there was an enormous row about this outrage, as the perpetrator, Towle, could not be found. Harold Connop tried to remedy the situation at a meeting of the prefects and asked Barton and Henderson directly “Who did it?”.

Barton and Henderson again said that they knew the event was going to happen, but hadn’t tried to stop it.  Connop tried very hard to get them to name names, but they totally refused.

Connop then went straight to the Headmaster. His judgment was that anybody involved should be stripped of their prefectship:

“Such Prefects ought immediately to resign and I should be very pleased if they would do so. Please tell them so.”

Barton and Henderson resigned, and for four days, they were not included on the list of prefects. The Headmaster, however, had not seen either Barton and Henderson personally, or heard their version of the story. Henderson’s father, the clergyman, wrote a letter to Dr.Turpin, and told him that he ought to hear a full explanation.

In this picture of the 400th anniversary celebrations, Dr Turpin is behind Mrs Gow and the lady in white:

Barton and Henderson  duly went to see Dr.Turpin, and told him only they knew who the guilty party was, but were unwilling to furnish a name. They were told to apologise to Mr Strangeways, and were then reinstated as Prefects. They agreed “to do their best to stop such incidents in the future”.

And this was the somewhat surprising, even unsatisfactory, end of the matter. Nothing works like a letter from Daddy!

Shortly afterwards, Connop was caught smoking. He had recently given lines to a boy who had been giving a younger boy a ride on his handlebars as he cycled down Waverley Street. Waverley Street is very steep and this was a very dangerous thing to have done. The boy produced his lines, but also made a statement that he had seen Connop smoking in King Street in the middle of town.

Henderson called a meeting of the prefects about this serious misdemeanour, and Francis Bird accused Connop of breaking his previous promise not to smoke until he left the school, and of undermining the position of the Prefects.

Connop explained that he was not in King Street, but in a street more than a mile from the middle of the town, which was not usually frequented by the boys. They were told that he had just received the news that he had been accepted for the Royal Naval Air Service, and he expected to leave very soon:

Connop had bought some cigarettes for a wounded soldier on leave from the Front, and it was only after “being repeatedly pressed” that he had been prevailed upon to smoke. He argued that as School Captain he had been “freer from censure than the majority of his predecessors.” At least one of his accusers had been seen committing a far worse offence than his, and had escaped punishment completely.

Connop admitted his guilt, however, but claimed “extenuating circumstances”. He signed a declaration that he would not repeat the offence.

The entire body of the Prefects, including Henderson and Barton, then considered that the matter had been brought to a final conclusion.

Two months later, the Prefects organised another meeting, and declared that the punishment which they had all previously agreed upon, was now thought to be by no means severe enough.

A meeting of the entire Sixth Form was then called, and the whole affair was presented to them. They then voted as to whether Connop should continue as School Captain for the remainder of the term.

The vote was almost entirely unanimous, and Harold Connop was told to carry on.”

When he left the High School, Henderson joined “B” Battalion of the Artists’ Rifles, before moving to the Regimental Concert Party, based at Lichfield in Staffordshire. It is very difficult to imagine that he saw much combat at all. He later pursued a career in music as a baritone singer, becoming one of the foremost artists in the country. 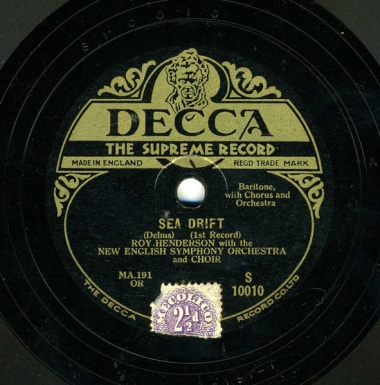 He died at the advanced age of just over a hundred.
Arthur Barton left the High School in 1918, and joined the Royal Engineers Signal Service. He was demobilised in December 1918. Given the timing of these events, and the time needed for training, it is difficult to imagine that he saw much combat, any more than Roy Henderson did.

After Cambridge, Barton initially worked at Repton School as Head of Physics and gained a degree of Doctor of Philosophy of London University. He became Headmaster of King Edward VII School, Sheffield, and then Headmaster of the City of London School. In addition, he became a top class football referee who was in charge of an Amateur Cup Final, a large number of international matches in Europe and two games at the Berlin Olympics including the semi-final. Here is Adolf Hitler and two of his friends actually watching the match which saw Germany lose 0-2 to tiny Norway:

Arthur Barton died at the age of seventy-six.

I cannot trace what happened to young Mr Towle, the ventilator vandal, but we know that on November 16th 1918 at the School Debating Society, he proposed that a letter of congratulation should be sent to Marshall “Fotch” for winning the war for us.

Such crass insensitivity came after his school had lost well over two hundred Old Boys in the carnage of the Great War and, according to another reminiscence, the school flag had been more or less permanently at half-mast for a number of years.

Harold Connop, of course, was one of that list of two hundred war casualties. He had joined the Royal Naval Air Service in 1917 and was posted to the airbase at Dunkerque on March 14th 1918 as a Temporary Flight Sub Lieutenant.

Within a very short time he was seriously wounded in aerial combat. He died from his injuries on March 31st 1918. Here is the RNAS casualty list for this period:

Harold wasn’t a hundred or even seventy-six. He was just eighteen years of age: