So why is this rambling windbag of a tale called Six Kings and Two Queens ?

Well, the hero, John Deane, the entrepreneur, the sea captain, the ex-cannibal, the ex-poacher, the ex-deer stealer and the ex-butcher’s apprentice lived a very long life. And when he eventually succumbed, Captain Deane, as the locals all called him, was buried in the churchyard at Wilford:

He had lived through the reigns of six kings and two queens.

He was born during the reign of Charles II. To me, Charlie looks a real sleeze of a man. He couldn’t keep his hands off Nell Gwynne’s oranges and he appears to me to be just the type to be arrested by the police for having inappropriate images on his computer: 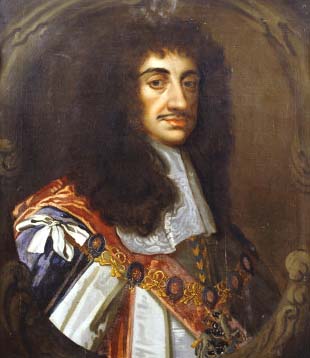 And here is History’s most famous orange seller, Charles’ mistress Nell Gwynne. This was his own personal pin-up: 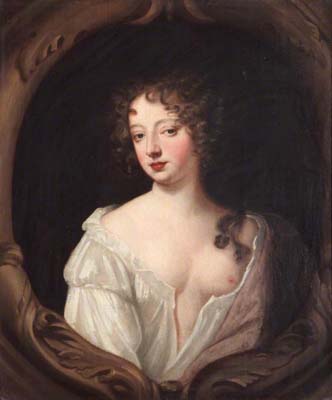 Next came James II. Here he is. He was chucked out eventually because he was a Roman Catholic, and because of this, the Protestant nobles thought that he would eventually want to be an absolute monarch and then they would all have to work for a living:

The Glorious Revolution of 1688 brought in William and Mary: 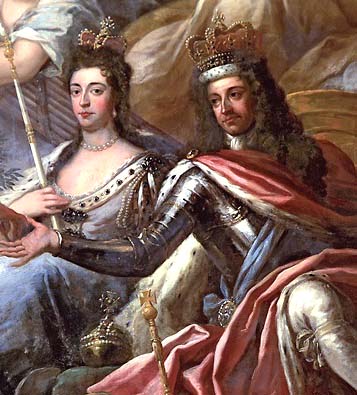 Is is just me, or does Mary look like a man?

Queen Anne was definitely not a man. She had seventeen children but, poor woman, none of them survived to become adults:

No silly jokes about her. She is too sad a person for that. All of her weight gains came from what must have been more or less continuous pregnancies.

Enter George I, a German who spoke little or no English:

Like all of the Hanoverians, George I hated his son and his son hated him. Here is George II. He was the last English king to lead his troops into battle, at Dettingen in 1743. He galloped so fast his wig blew off:

George III was mad, mad, mad. He lost the American colonies, of course. Perhaps they thought they would be better off without a registered lunatic in charge?

George III  was the last monarch of John Deane’s long life. Six and out, to borrow a cricketing phrase.

Mr Spielberg, I have the film script for all of this nearly half finished…