What do you do with your freed slaves? (4)

Not only have you managed to compose the sentence:

“All men are created equal …….endowed by their Creator with certain unalienable Rights. Life, Liberty and the pursuit of Happiness.”

But you have understood it.

And then you have decided to act upon it. Unless you do this, there’s very little point in expressing these fine sentiments anyway: 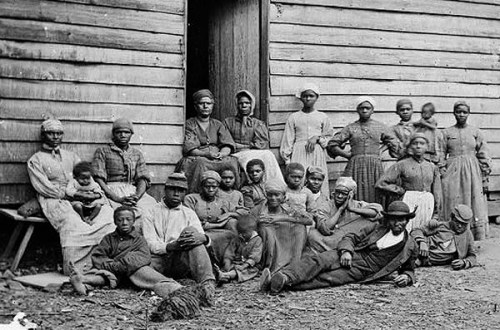 But in practical terms, just what do you do with all these people who are, at a stroke, suddenly given their liberty ? The only figure I have been able to find on the Internet comes from the History Channel, who say that there were four million or more slaves suddenly granted their freedom. And the USA wasn’t the only country to have this problem to deal with.

Tsarist Russia called them “serfs” but they were to all intents and purposes no better off than the slaves in America. In this photograph, lucky Russian women are doing the work of an English horse, pulling a coal barge up a river, probably the Volga:

The serfs were all freed in 1861 but were then discouraged from moving away from their owner’s  estates. Indeed, they had to stay and work for the landlord in the normal way for two years.

The land, too, was divided up. The nobility were allocated almost all the meadows and the forests. The state paid all their debts.

The poor old serfs, though, they had to pay over the odds for the land they were allocated. On average, it was 34% extra. In the north, it was 90% over the odds and it was 20% more in some of the so-called black earth regions in present day Ukraine and southern Russia.  In what is now Poland, the Tsar wanted to harm the Polish landowning classes, so the peasants paid nothing extra for their land.
None of this worked, of course. The poor old serf farmed his land but saddled with huge debts, he couldn’t make ends meet. He only received 50% of his total income from his own usually tiny farm. The rest he got by continuing to slave away on his landlord’s farm. As a result of this stupid, short sighted iniquity, many of the serfs moved to the cities to work in the factories there. And that process did end in tears:

In England, slaves were kept but really only as domestic servants. It was too cold to grow cotton. Within the British Empire, though, slaves were used in very, very large numbers to cut sugar cane in the West Indies:

Britain, of course, was a country owned and run by the extremely rich, for their own benefit, and in a way which would ensure that they remained extremely rich. Many of them were large scale slave owners. How could they possibly be made to free their slaves and impoverish themselves?

In the next article, all will be revealed.