The kings of slavery, and the queens (2)

Last time I promised you a quiz. Well, it’s not the kind of quiz they would broadcast on television, but let’s give it a go.
In 1710, if you ever saw an African slave who belonged to the Royal African Company, how could you tell?

Easy…he would have the letters ‘RAC’ burned into his chest with a branding iron like the ones they use in cowboy films with cattle. I couldn’t find a photograph of that, but I did manage to find one with some branding irons on. These are actual branding irons for slaves, not cattle:

Here is the second question which is a little bit more difficult.
If you ever saw an African slave with the letters ‘DY’ branded on his chest, what did it mean?

If you’ve been paying attention, though, it’s not that difficult. It meant ‘Duke of York’. It meant he was owned by the Duke of York, who later succeeded to the throne and became King James II.

An extra special bonus question. When the Duke of York became King James II, what did he have the slaves’ chests branded with?  Was it ‘J2’?

No, it wasn’t, he continued with ‘DY’. And I couldn’t trace it, but I would presume that his eventual successor, Queen Anne didn’t have ‘QA’ on her slaves but stuck to ‘RAC’.  And the money rolled in:

And more to come. Lots more: 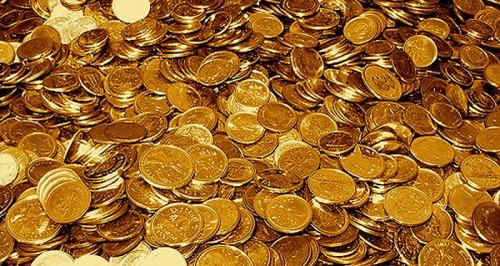 It’s just that branding people on the chest with a red hot piece of metal reminds me rather uncomfortably of one other way of marking your racial inferiors: 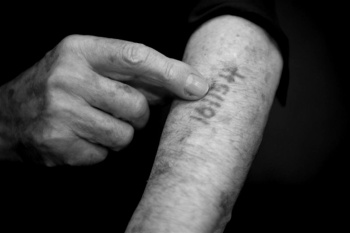 Forty years later, the British were awarded the monopoly on selling slaves to the Spanish for the next three decades. This monopoly was sold on to the famous “South Sea Company”. They dealt in turn almost exclusively with the Royal African Company. Here is their coat of arms. Look at the happy slaves, all set for a spot of weekend hunting, don’t you know?

It wasn’t enough, so he increased his shareholding and made himself Governor of the whole sorry business. A business which transported around 64,000 slaves to the Americas in 15 or so years. George III carried on with the family business, accused by a slightly hypocritical Thomas Jefferson of waging “cruel war against human nature itself”.
There was some opposition to the Royal African Company though. Across the country, small businesses spoke out against the Company’s activities in the slave trade and especially, against their monopoly. In their campaign, they used the motto, “We want the freedom to traffic slaves too”. Smaller businesses, smaller boats, but there’s still money to be made:

But let’s not kick our lovely royal family too much. Instead. let’s look at the case of Christopher Codrington.  Christopher Codrington was the owner of a slave plantation in Barbados in the early 1700s. He died, presumably without children, in 1710. Being a pious man, who did he bequeath it to?

It was used to finance the Society for the Propagation of the Christian Religion in Foreign Parts.

Now for the scary quiz question. If you worked for the said organisation, and you owned lots of slaves who might run away, clearly you needed to brand them on the chest, so they could be reclaimed after they had been recaptured. What did you use? Surely not the whole name? Of course not. What about “SPCRFP”? No, not at all. The Christian slave owners just branded “Society” across their slaves’ chests. Actually, SPCRFP would have been one letter shorter.

Actually, they probably used these as well: 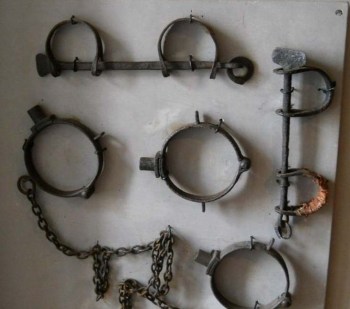 The Christian slaves were, actually, slaves who didn’t last too long. Despite their obvious value to the company SPCRFP, by 1740, the death rate among the slaves newly purchased by the Church was up to 40%. Four out of every ten were dead within three years of purchase.
And it wasn’t just the SPCRFP who were trying to cash in. Other members of the church fancied a bit of the cash. All you had to do was get your Bible, cross out the bit about “Ye cannot serve God and mammon”, buy a few shares in your local slavery business and away you go.

This is Woodville K Marshall who is Emeritus Professor of History at the University of the West Indies:

He stated clearly and unequivocally:

“”It was not so much the SPG that the Church should be apologising for, as the activities of the individual parsons who kept plantations and slaves for sheer profit.”

Except that nobody apologises nowadays for slavery, because they risk being sued. Despite all their wealth, wealth dripping from them as they walk along, the descendants of the slavers will never say sorry. And let me make the point again, the same point I made in a previous post:

“The tragedy, of course, is that those individuals today have little, if anything, in common with their slave owning ancestors from so many years ago. On the other hand, they have inherited their wealth. What have they done to make amends for their slave owning ancestors? Built a school in the Windward Islands? Built a hospital in Barbados? Sponsored cataract operations in Jamaica?” 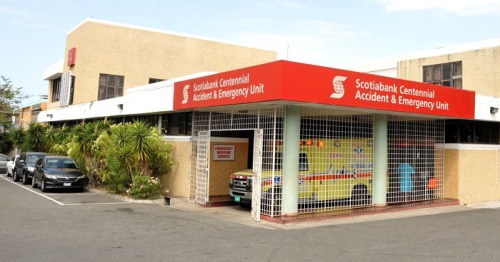 This Accident and Emergency Unit in Jamaica was built by the Scotia Bank Foundation, Canada’s third largest bank.  But why not by the individual rich men and women who are the present day descendants of those slave traders?