The End of the War in Europe and Church Gresley (1)

Here is a small scale map of where I am talking about. The orange arrow points to Church Gresley: 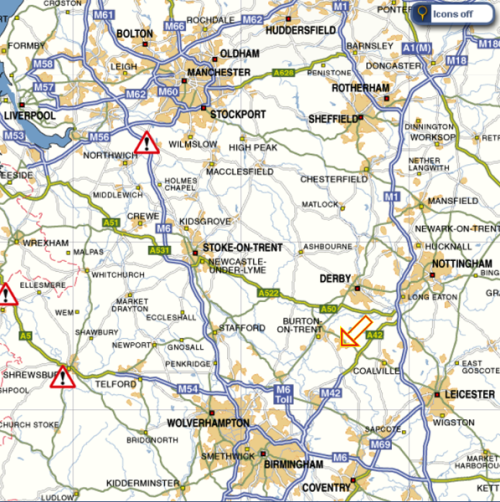 Rovers managed more than 125 years of inoffensive existence until, in our new and wonderful world of money, money, money, they found they hadn’t got any money, money, money, and immediately went bankrupt.  Rovers went into receivership and disappeared for ever. Shortly afterwards they re-emerged as Gresley FC. I’m afraid I stopped bothering with them at that point. I used to go to see “Rovers” as a lad, not “Gresley FC”.

Rovers had a ground called the Moat Ground which dates back over a century: 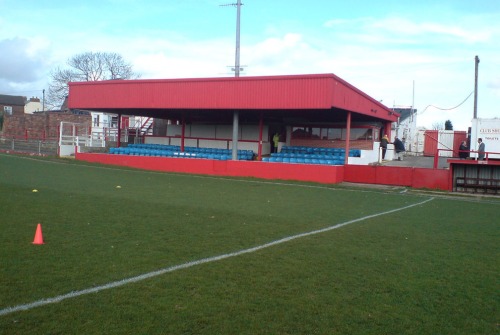 Here is a larger scale map of the village with the orange arrow pointing to the stadium, if that is the right word: 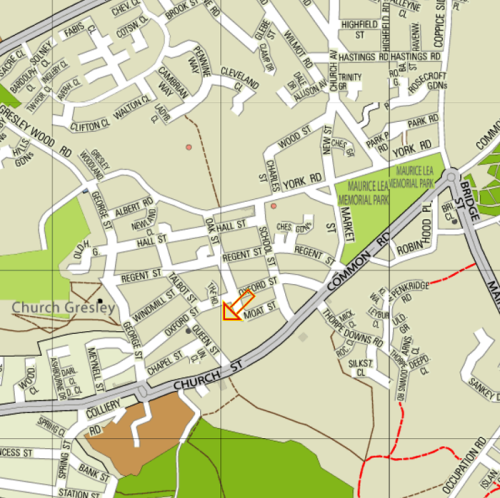 The club played quite a big part in the life of my family. Before the First World War, my Grandad, Will, played a few games for the reserves and before the Second World War, my Dad, Fred, managed a few games for the same team. When I was still a toddler in a pushchair, my Dad used to take me up to the Moat Ground to watch Rovers play. This would have been in the 1950s. My Dad used to teach in the school in Hastings Road, only half a mile from the ground. You can find Hastings Road on the map in the top right corner. He taught many of the players and supporters over the years. The team manager and coach was the school caretaker (or janitor).

Unfortunately, or fortunately, the school isn’t there any more. Because of mining subsidence, it has had to be pulled down.

The last football match I ever attended with my Dad was the Final of the F.A.Vase. It was between Gresley Rovers and Guiseley, a team from near Leeds in Yorkshire: 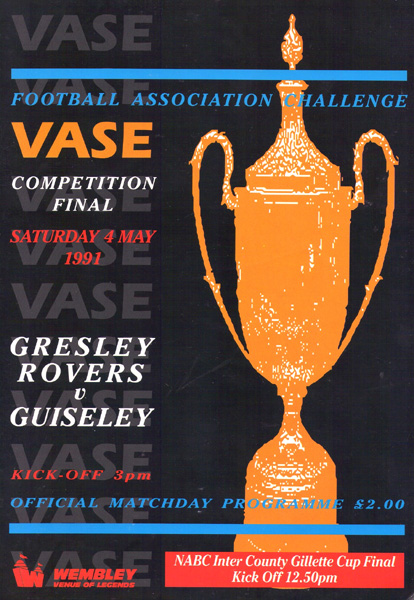 The game took place at Wembley Stadium, and I left it to Fred to buy the tickets and arrange the transport down to London.  We left in one of the many, many coaches full of happy Rovers supporters which streamed out of the village on that hot, sunny Saturday 26 years ago.
Another big day in the club’s history came on May 9th 1945, when Rovers played a match to celebrate the end of the Second World War. I don’t know if they realised it at the time, but the supporters had the privilege of seeing some of the greatest players of the era. It was billed as “Gresley Rovers (Selected) v RAF”.  Last year I bought the single sheet programme for the game on ebay. 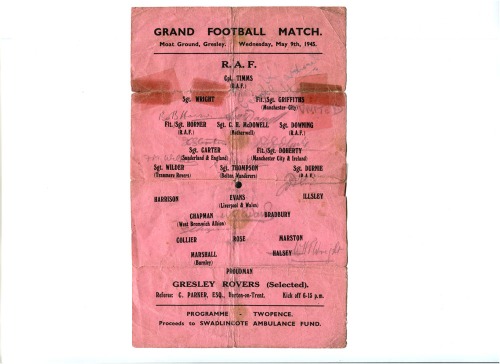 I paid far too much by the standards of people who don’t need their heads examining. In the auction I was extremely cunning. I bid “a very large sum of money I have never told my wife about” plus a penny. I won the auction by a penny.
Rovers’ opposition that joyful day were the RAF. Captain of the RAF team I believe was Raich Carter, the only man to win the FA Cup both before and after the Second World War: 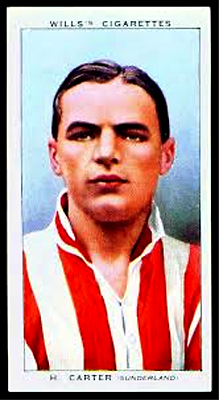 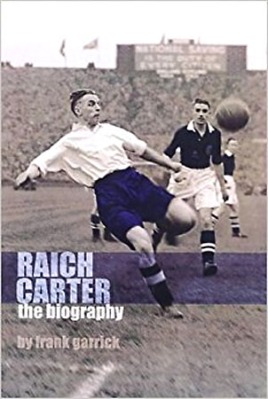 Carter mentions the Gresley game in his autobiography:

“One vivid memory from this period was of a team put together by Carter and Doherty which played charity matches against local sides. One such match was played at a packed Church Gresley on a May evening in 1945. The result was not important.”

What was important was the fact that the war was over, Hitler was defeated, and within weeks, all of Britain would move forward into a Golden Age.
The other great star in the RAF team was Peter Doherty who partnered Raich Carter in midfield at Derby County. 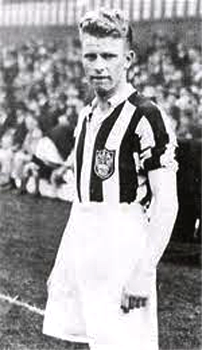 We’ll look at the programme next time…