In 2009, we were on our annual holiday in Cornwall, staying in a cottage near Penzance.  Here is Penzance, the last town in England and still plagued by pirates. Look for the sun tanned arrow: 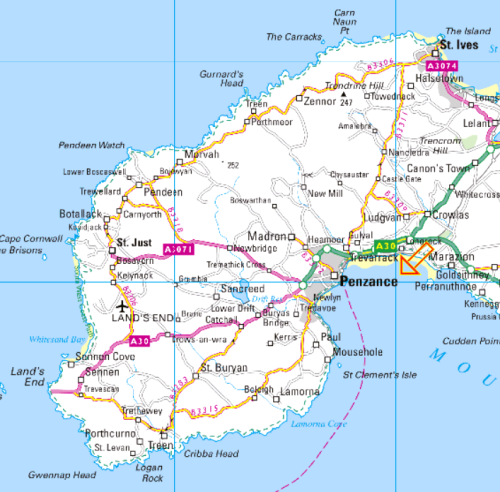 On ‎August ‎17th , ‏‎around half past eleven in the morning, we arrived at Men an Tol, one of the most famous landmarks in this part of the world. Here’s  its location, right out in the middle of nowhere, surrounded by other megalithic sites and lots of place names in Cornish. Look for the orange arrow again: 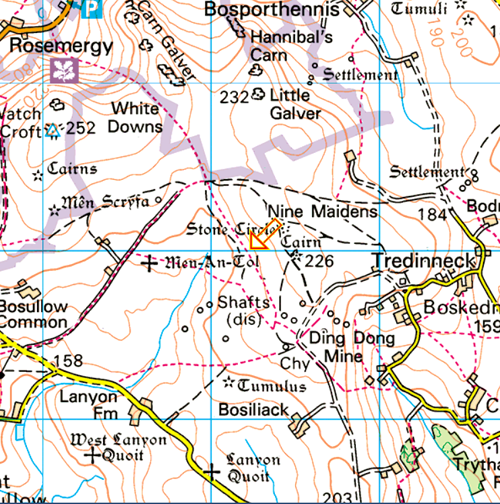 Men an Tol is a megalithic monument, supposedly, and we set off along the rough path out to the moors:

It was a nice day, lots of heather in bloom:

Standing stones are so plentiful in Cornwall that farmers even used them to build dry stone walls:

Here is a decidedly average photograph of the monument we were going to see. It  is a uniquely arranged Stone Age structure, although I have always felt that if it is uniquely arranged, that may be a negative feature rather than a positive one:

Here’s a better one: 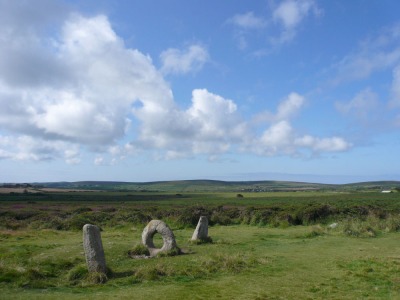 Just for scale, the stones are perhaps three or four feet tall. I didn’t dare try to crawl through the hole, for obvious reasons.
There were a number of buzzards circling in the blue sky. This is a Common Buzzard: 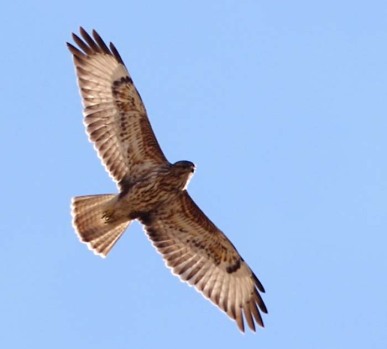 The birds were all little dots high in the sky but I took some photographs, thinking that I could perhaps blow them up later on.
It must have been a couple of months later, as I worked my way through far too many mediocre photographs of our holiday that I noticed something a little out of the ordinary. Here is a full size photograph and the buzzards are still just tiny dots. Note the bracken though, because that will prove where I took all the photographs: 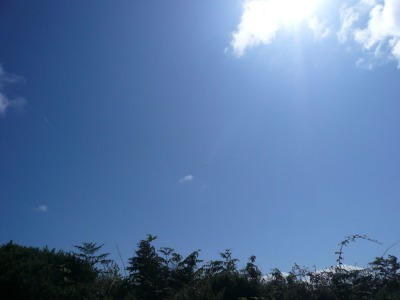 Here it is blown up. There are three buzzards in shot and the bracken is still there. Notice the tiny white cloud because that will reappear. 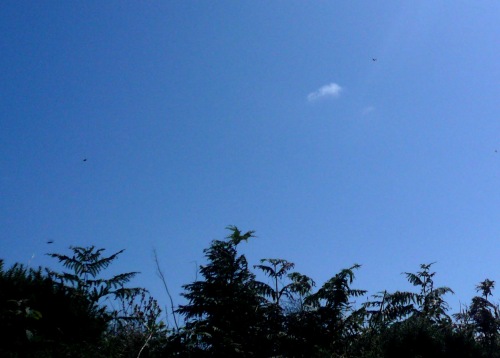 I started to try and look at the buzzards by blowing the picture up a little more. The little white puff of cloud is still there: 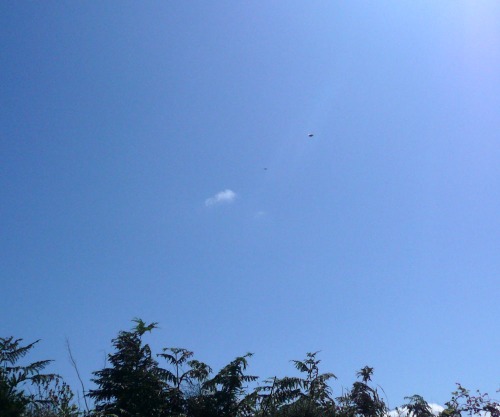 I immediately noticed something strange off to the right so I blew it up yet again. The white puff of cloud provides continuity of evidence: 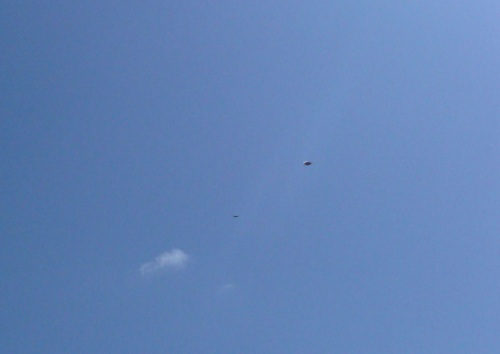 What on earth is that? I blew it up again : 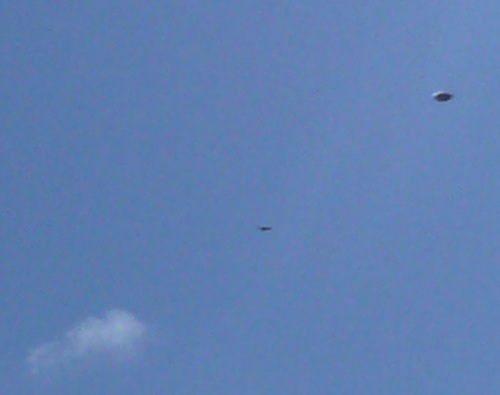 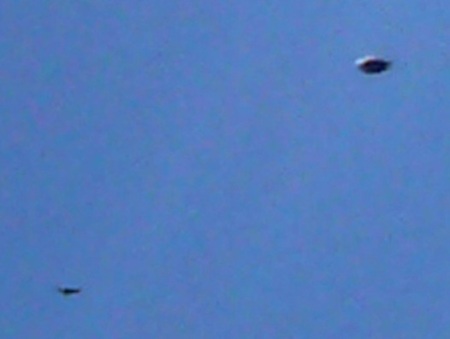 And this is the best I could do. I used “unsharp mask” on it this time: 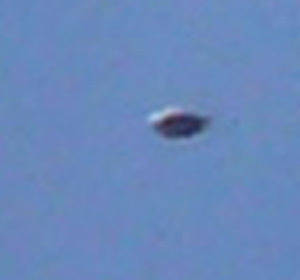 I do not know what this object was. At the time I did not even know it was there.  It may have been an inflatable balloon or something from a pop concert or a festival of some kind, but that really is clutching at straws. No events like that happened in the area during our stay there. And it must have been quite big. A buzzard’s wingspan is around five feet and it is certainly bigger than that. I have never seen a children’s balloon that big. You could argue that it was a lot closer than the buzzards. But surely then I would have noticed it. Sooooo….by definition, it must have been a UFO. I just wish I’d seen it!

Incidentally. I have done very little with Photoshop to these pictures. They have been cropped, resized and may have had their brilliance and contrast levels changed to make the images clearer. These photographs are completely honest, in other words.