the Gloster Meteor at Hendon (2)

Last time I was talking about my visit to RAF Hendon where I saw the Messerschmitt Me 262, and I also saw the first RAF jet fighter, the Gloster Meteor F8. I ended the post by saying what the Meteor’s good points were:

Set against the positives of the Meteor, though, is its dreadful safety record which soon led to the new jet fighter being called “The Meatbox”.

Factors to blame were apparently poor brakes, the landing gear, completely different flying characteristics from piston engined aircraft, a flight endurance of less than 60 minutes which caused pilots to run out of fuel and lots of difficulties when only one engine was working. Even with two engines, response times were very sluggish. To add to the list, when pilots in those days were taught how to fly on one engine, the other engine was switched off completely so, to quote the forum where I found it, “you had no chance if you fouled it up”. The aircraft also apparently had a nasty habit of diving straight into the ground when any flap or the undercarriage was lowered when the wing mounted airbrakes were out. There were no ejection seats in early aircraft and it was therefore very difficult to bale out of, although it was extremely easy to hit the tail on the way out. The foreign air forces had the same kind of difficulties. Here is a Belgian crash: 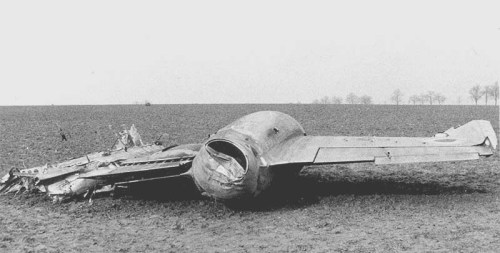 According to one account I found, the Coroner at Darlington actually subpoenaed the commander of the local base to make him come and explain the steadily increasing size of the RAF section of the municipal cemetery. No problem for the commander. All he needed to do was to invoke the Official Secrets Act and it was problem solved. At least one student pilot on every course was being killed. No 74 Squadron had three killed in as many months: 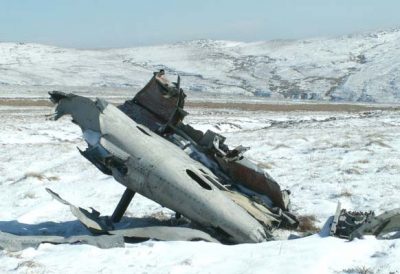 In “The Meteor Boys” by Steve Bond there is an account by a prospective young pilot of his going on a course to learn to fly Meteors at RAF Driffield. He went to a funeral on his first Thursday and then to another the following Monday, and a third on the following Thursday.
In foreign service in the Netherlands, the Meteor was the second most dangerous jet aircraft they ever had with almost 36 crashes in every 100,000 hours of flying. (And the winner is…… the F-84 Thunderjet with almost 56 crashes per 100K hours): 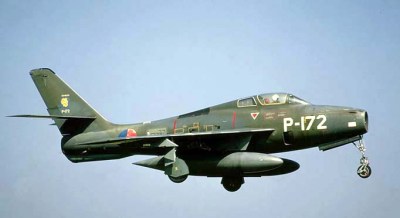 If my trusty calculator is correct, that makes 3,353 aircraft lost and 2,070 young men killed. My quick mental arithmetic says that you had, therefore, a 61.73575902177% chance of a premature death if anything went wrong with your 1950s RAF aircraft.

It must have been this kind of situation that provoked Prime Minister Winston Churchill to ask the Air Minister “Is the RAF training or killing its pilots?” The Air Minister told Churchill not to worry as these kind of figures were merely par for the course.
None of this takes away from the Meteor, though, the honour of being the first ever British jet fighter:

My Dad came across a Gloster Meteor once:

“one day in late 1944, everybody was in the mess at Lossiemouth, eating their lunch and drinking their cups of tea. Suddenly the door was flung open, and a very excited young man came in shouting “Quick ! Quick ! Come outside and see this ! There’s a crate out here without any props ! ”

And sure enough, outside the mess hall, on the runway, stood one of the RAF’s first jet aircraft, a Gloster Meteor, a fighter plane which did not have any propellers. The mechanics could not believe that the strange aircraft would even be capable of flight. But then they realised…..

27 responses to “the Gloster Meteor at Hendon (2)”