The Battle of Britain (3)

There is no better person to tell the story of the Battle of Britain that the greatest ever Englishman, Sir Winston Churchill:

“The Battle of France is over … the Battle of Britain is about to begin. Upon this battle depends the survival of Christian civilisation. Upon it depends our own British life, and the long continuity of our institutions and our Empire. The whole fury and might of the enemy must very soon be turned on us. Hitler knows that he will have to break us in this island or lose the war. If we can stand up to him, all Europe may be freed and the life of the world may move forward into broad, sunlit uplands. But if we fail, then the whole world, including the United States, including all that we have known and cared for, will sink into the abyss of a new dark age made more sinister, and perhaps more protracted, by the lights of perverted science” :

“Let us therefore brace ourselves to our duties, and so bear ourselves, that if the British Empire and its Commonwealth last for a thousand years, men will still say, “This was their finest hour.” 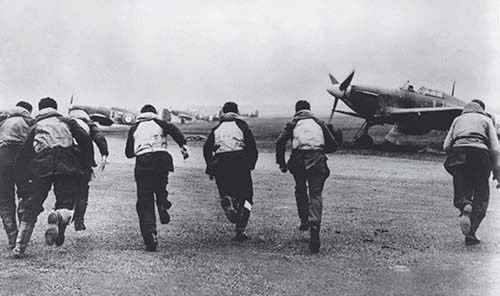 He produced a second speech which gave us another memorable phrase:

“The gratitude of every home in our Island, in our Empire, and indeed throughout the world, except in the abodes of the guilty, goes out to the British airmen who, undaunted by odds, unwearied in their constant challenge and mortal danger, are turning the tide of the World War by their prowess and by their devotion. Never in the field of human conflict was so much owed by so many to so few.” 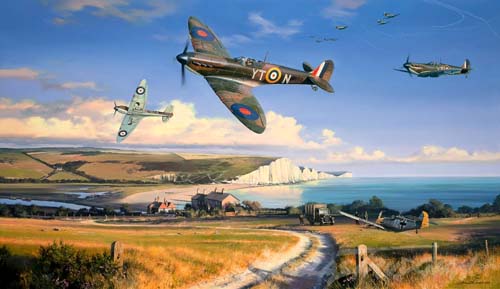 “All hearts go out to the fighter pilots, whose brilliant actions we see with our own eyes day after day, but we must never forget that all the time, night after night, month after month, our bomber squadrons travel far into Germany, find their targets in the darkness by the highest navigational skill, aim their attacks, often under the heaviest fire, often with serious loss, with deliberate, careful discrimination, and inflict shattering blows upon the whole of the technical and war-making structure of the Nazi power.”

We actually know exactly how that phrase “Never in the field….” came about.

On August 20th 1940 Churchill was travelling in a car with Major General Hastings Ismay to give a speech about the Battle of Britain in the House of Commons. Churchill was reading the speech out aloud to Ismay and it was originally “Never in the history of mankind have so many owed so much to so few”. Ismay interrupted him and said “What about Jesus and his disciples?” Churchill concurred and immediately changed it to its present form “Never in the field of human conflict was so much owed by so many to so few.”.