Prices slashed on “History of the High School” !!!

Those of you who follow my blog will be familiar with the many stories I have told over the years about Nottingham High School…its Founders, its coat of arms, its war heroes, its caretakers, its heroes and its one or two villains. These stories all appeared in “Nottingham High School, the Anecdotal History of a British Public School” which was published some time ago now: 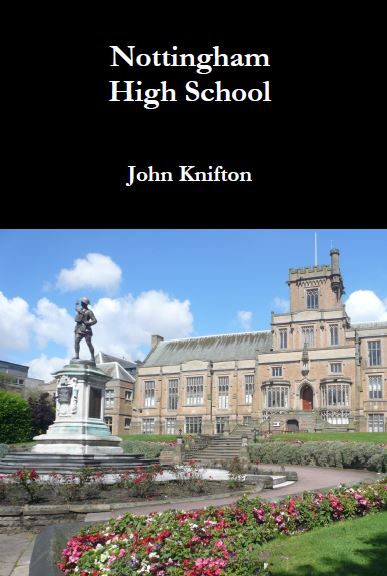 The reason I am reminding you now of this book is that the price on Amazon has now gone down to £23.48 with Free Postage if you are a member of Amazon Prime. This is fantastic value for money.

Most non-fiction books cost roughly £10 for every hundred pages, so £23.48 for a book of this length is an excellent price. The book has 394 pages (and my computer says around 130,000 words, which is roughly the length of either “The Two Towers” or “Return of the King”).

Above all, this is a hardback book with a nice dust jacket and to be honest, it surprised me with its quality in terms of its looks. It looks really professional for a book written by an amateur author.

The book is written in diary form and runs from Thursday, June 30th 1289 to Thursday, July 12th 2012. I have divided it into forty chapters whose titles range from “Lost in the Mists of Time”, “A Personal Friend of Guy Fawkes”, “The School is Closed Today because of Plague”,  “Old Boy Cuts Off King’s Head”, :

In the more modern era, the chapters run from “The DH Lawrence Years”, “Major General Mahin : A Yank at the High School”, “Albert Ball and the High School go to War” to “The Golden Age of Teachers”: 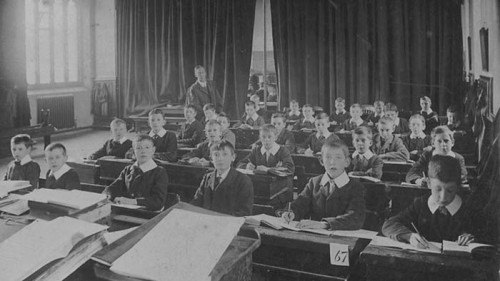 I have tried to keep the tone of the work an interesting and light one, but at the same time, as you know from my blog posts, I can show my more serious side when occasion demands. A very large number of former pupils from the High School died in the two World Wars and their sacrifice is reflected in my book:

And more than that, what a price for 394 pages of new, original and interesting ideas!

Incidentally, please don’t think that I’m being greedy and I’m trying to make loads-a-money from this. I am merely pointing out the existence of this new, lower price, because previously the two companies publishing the book have both asked for a higher price. In one case, a much higher price.

15 responses to “Prices slashed on “History of the High School” !!!”