Last time we looked at the appearance of a brand new comic called “Eagle”, which was an almost revolutionary step forward in the world of boys’ comics in England. The eponymous hero of the comic was space pilot Dan Dare, always combatting something or other, in this case Psycho-Rocket-Repair-Man : 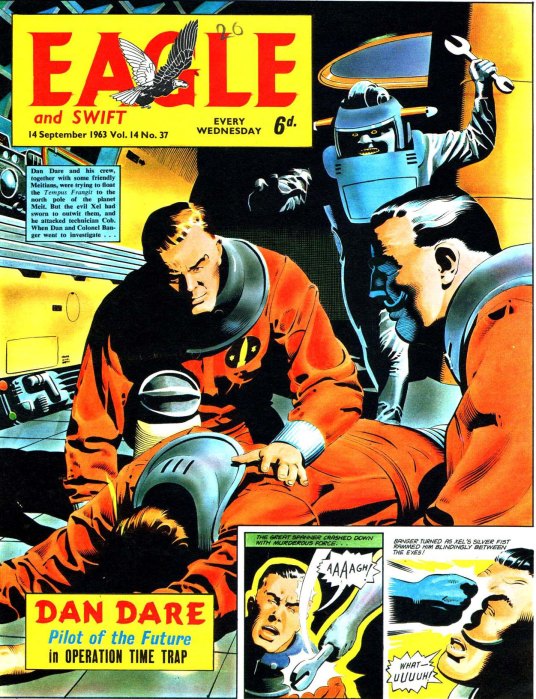 Dan wasn’t the only person in the comic though. There was “Rob Conway” who seems to have been some kind of aviation detective:

Note the three aircraft, a Hawker Seahawk, an Avro Lancaster and possibly a Gloster Meteor.

There was PC 49, where ‘PC’ does not necessarily stand for “politically correct” :

And “Seth and Shorty – Cowboys”, wrangling away deep in the heart of Texas :

Seth’s grandson is probably better known to you as Dr Sheldon Cooper: 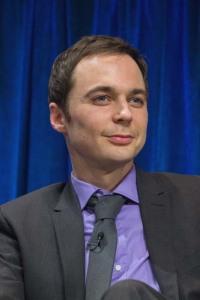 “The Great Adventurer” was a comic strip that predicted Middle East politics seventy years ahead of its time:

And there was even Captain Pugwash:

There were cutaway drawings of the latest technological marvels of the day:

“Discovering the Countryside” featured the hedgehog and an adder:

We learnt about aviation from reading “Heroes of the Clouds”:

There were the Ovaltineys, another paramilitary group I have previously written about:

They had their own little section, with a quiz about British town names:

And nobody gets out of here without a little sing-song. A song you cannot get out of your head. Go on, you know you want to:

Next time, safety, science fiction, serials, sport and Steel. And no, that last one isn’t a typo.