Last time, I wrote about what problems may be caused when the wonderful website of the Commonwealth War Graves Commission contains no details whatsoever about a particular individual, other than the date of his death:

The name of his regiment, by the way, is of little help. Men were switched between regiments and battalions all the time. It would give you a very large shove, in, probably, the right direction, but you could never be 100% water tight sure.

If all you have is the name and the date of death, I suppose that you could try to find a website that has all the past issues of local newspapers in Britain. Hopefully, you might find Fred Walker in the Deaths section for May 22nd 1946 onwards. But how would you know which newspaper to look in? You would have to try all of the Nottingham ones and then perhaps Mansfield and then perhaps Newark. But what if Fred’s family had moved to Durham after he left the High School at the age of seven? Or Tobermory? Or Armagh? Or, as one did, Paraguay?

The second major problem is that any possibly helpful supporting details about the individual serviceman can be almost impossible to come by. So difficult, in fact, that the whole situation soon becomes an impossible one.

This is because detailed service records after 1922 are still, ninety years after World War Two, accessible only to a direct relative, such as a son or a grandson. And these records are all held in the steely grip of the Ministry of Defence: 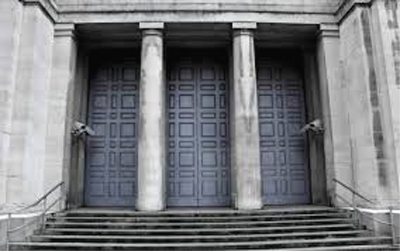 To take my own experiences as an example, I decided to buy access to my Dad’s records of his service in the RAF.

I had to send them his death certificate and my own birth certificate, to prove that he was dead and that I was his son. Both of them had to be the original documents, because photocopies were not allowed. I also had to send them a large sum of money. Here’s my Dad, ready to take on the Führer:

And what I got back contained very little indeed of any consequence, although it did make me think of studying for “GCSE Abbreviations (Paper 1 : RAF)”.  The abbreviations included:

Just imagine. All that palaver to get the records and when you get them you can’t understand them.

And that isn’t the only problem  with accessing the records of an individual serviceman. In 1940,  just to provide the splendid celebratory pink icing on the top of the researcher’s celebration cake, heavy bombing by the Luftwaffe destroyed up to 60% of all the war records in existence up to that point.

And what the Luftwaffe missed, the various fire brigades gave a damn good soaking to make most of it completely unusable;

And that’s not all. The 1931 National Census was completely destroyed by fire on Saturday, December 19th 1942. All of its documents were being stored in a building at Hayes in Middlesex. 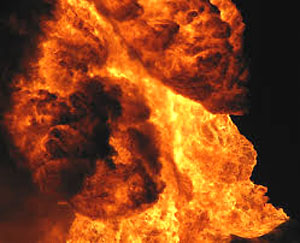 This catastrophe cannot be blamed on the naughty Luftwaffe though. It was just an ordinary fire, although it is difficult to believe that storing huge amounts of furniture right next to tons of census paperwork was a particularly clever move.

At all times, there were six paid firewatchers on duty in the building but it is now known that some of them were smokers and that at least one of them threw a lighted cigarette stub down on the floor at one point. That was not a particularly clever move either.

Don’t be downhearted though. Other countries are just as fond of a nice welcoming fire. A substantial proportion of the USA’s 1890 census went up in smoke. And the Irish! Well, it’s almost unbelievable!

“To burn one census may be regarded as a misfortune.

To burn three censuses might be regarded as third time unlucky,

But to burn four censuses may well be the work of

25 responses to “The problems with researching World War Two (2)”