Last time I was explaining the connection between the Short Sunderland flying boat and “Das Fliegende Schtachelschwein”, “The Flying Porcupine”: 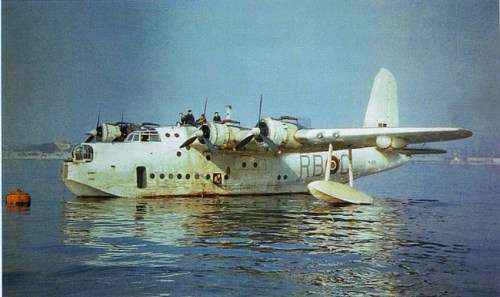 I promised that I would show you the connection between this spiny porcine killer and Leslie Howard, a suave, sophisticated English actor, who used to boast that he “didn’t ever chase women but couldn’t always be bothered to run away from them”. Here he is in “Journey’s End”: 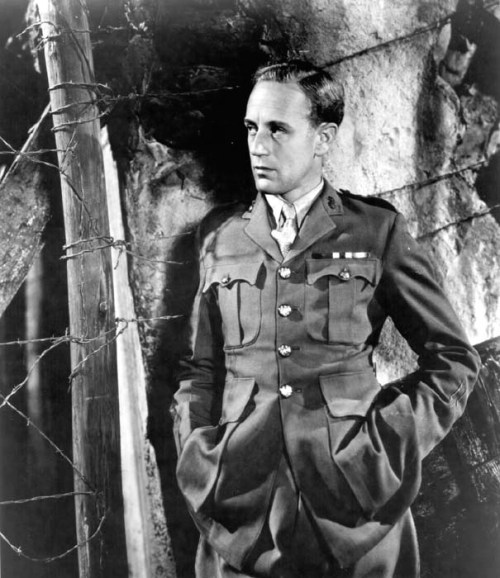 I recently watched an excellent documentary film about Howard. It was called “The Man who gave a Damn”:

The film was about the life, and particularly the death, of the famous film star, the actor who had played Ashley Wilkes in “Gone with the Wind” only two years before his death. Cue film extract:

In one of his films made after “Gone with the Wind”, he speaks of the Germans’ aims:

“Every day reveals the utter and desperate determination to smash us to bits, root and branch, to wipe out every trace of democracy.”

But we English and Americans are better than the Germans, as he says in “From the Four Corners” (1941) as he addresses troops from the USA who have just arrived in England:

“And so our fathers’ minds crept along and their ideas of justice and tolerance and the rights of man took shape in the sunlight and the smoke, sometimes standing still, sometimes even slipping back, but slowly broadening with the centuries. Some of those ideas are written down in the constitutions of our commonwealth and some are unwritten. We just try and carry them in our hearts and in our minds. Perhaps the men who came nearest to putting them into words were those Americans, many of them the sons of British pioneers, who, founding an independent nation, proclaimed:

“We hold these truths to be self-evident, that all men are created equal, that they are endowed by their Creator with certain unalienable Rights, that among these are Life, Liberty and the pursuit of Happiness.”

Those words and that spirit were born and nourished here, and your fathers carried them to the ends of the earth. They are our inheritance from the past, our legacy to the future. That’s why you came here – to defend them.”

The documentary film was made by Derek Partridge, now an old man, whose young life was inadvertently saved by Leslie Howard. Here’s Derek:

On June 1st 1943 Derek and his brother were asked to give up their seats on an airliner travelling on the Lisbon-Bristol route, to allow Leslie Howard to get to a London film premiere on time. The two boys survived because they were not on the aircraft, a Dutch owned BOAC Douglas DC-3 Dakota, when it was shot down into the Atlantic Ocean. This war crime was carried out by eight Junkers Ju88C-6 fighters of Gruppe V / Kampfgeschwader 40. V/KG 40 was a heavy fighter unit which dated from 1942, when it was set up to intercept the bombers of RAF Coastal Command. It was the only long range maritime fighter unit the Luftwaffe ever had. The RAF answered them with firstly the Bristol Beaufighter and then the Mosquito. Here is a lovely shot of the aircraft of V/KG 40 in flight:

And here is a Bristol Beaufighter, a very powerful and well armed fighter:

In the immediate aftermath of these events, the British responded to the DC-3’s failure to arrive in Bristol by sending out a Short Sunderland GR3 flying boat to look for it on the following day. Here we go. Ein fliegende Schtachelschwein: