Last time I related how the crews of two Sunderland flying boats, having spent the entire war without seeing a single U-boat, found two German submarines on their way to surrender and sank both of them. I used two pictures borrowed from the Internet. One was a beautiful painting: 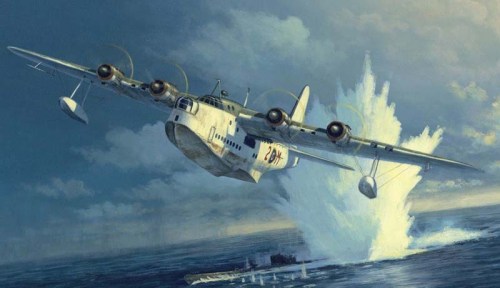 And the second was a genuine black and white photograph:

The Coastal Command airmen that Fred had met in the pub, probably in north Scotland, explained to him that they sank the two U-boats because they had spent so many hundreds, if not thousands, of hours of their young lives out on dreary patrols over the cold grey waters of the Atlantic. They had risked their lives in the pursuit of an enemy that they had never ever seen, as he hid in the cold grey metal waters of the Atlantic and emerged only at night. In similar fashion, Fred himself had never ever seen a German aircraft in combat during any of his nineteen missions. And even if they never saw a submarine, flying for ten hours over the cold grey featureless ocean is not without its dangers:

Most of all, these young men knew that they had wasted their youth, the best years of their lives, pursuing not pretty young girls at the village dance, but elusive submarines in the featureless cold grey seascape of the Atlantic Ocean. And it was revenge for this irreparable loss of their youth that they sought. If the RAF lads had a six or seven year gap in their young lives, then the Germans, who had now started their second major global war in twenty years, would not be allowed to have the rest of their own lives, certainly if the RAF had anything to do with it:

Sinking a U-boat which was on its way to surrender, after the end of hostilities,  was, of course, a war crime.

It was the waste of so many years of their short lives that had finally got to them. Fred himself very much resented the years that he had spent “stuck in a Nissen hut in the middle of nowhere.” He was stationed at one stage at Elsham Wolds which was not a particularly beautiful or interesting place. It must have provoked great boredom and frustration among the hundreds, if not thousands of young men who were all forced to be there. Here’s the old runway, with its present-day green half and its grey half: 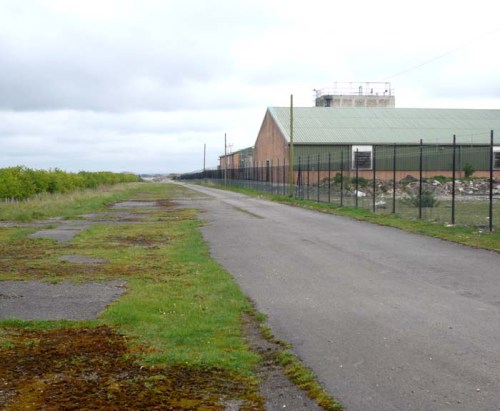 Yet despite their boredom and their frustration, these young men would all have felt raw naked fear for much of the time. They knew that they were laying their own young lives on the line pretty much every single day.

My Dad told me that the only things that got him into that Lancaster were the fear of being thought a coward, and the fact that the crew all depended on each other and were all in it together: 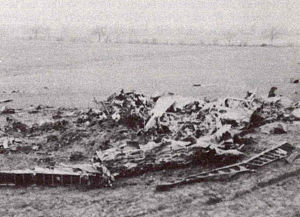 Because of his never ending fear, like thousands of other combattants, Fred also despised the comfortable lives of many of the older people in the area where he was born and where he spent the majority of his leaves. They lived out their humdrum existences without any risk whatsoever, while young men in their early twenties were killed in large numbers every time there was a raid. The contempt Fred felt was, of course, just a measure of his own fear, at the possibility of having to fly over burning Berlin, or some other heavily defended Bomber Command target:

Having joined the RAF as a volunteer on September 29th 1941 at the age of nineteen, Fred expected to return home in May 1945. Alas, he wasted yet more time after the end of the war.

Fred was eventually discharged from the RAF well after the date when his favourite team, Derby County, whom he followed for more than seventy years, won the FA Cup for the only time in their history. Fred missed the game as he was “busy, doing nothing” with the RAF: 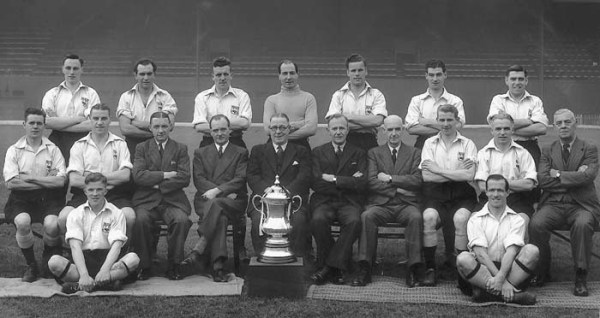 Fred eventually left the Second World War on November 19th 1946, after just over five years. Not much in a lifetime of over eighty years, but as he himself was never slow to explain in later life, these were potentially “the best years of my life”.