Bomber Harris, not a happy man (2)

The inaccuracy of Bomber Command’s raids during the first two or three years of the conflict is one of the main areas examined by author, Roy Irons, in his book, “The Relentless Offensive: War and Bomber Command”. 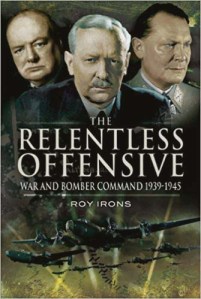 Reading about the navigational failures of the early war years, it does not come as much of a surprise to the modern reader when Irons reveals that:

“in the first 21 years of the RAF (1918-1939) very little emphasis was put on accurate navigation or bombing accuracy….. In January 1933, of 1,346 junior officers in the RAF, only 38 had taken and passed the ordinary specialist course in navigation”.

He continues: “In 1934, the officer in charge of the Air Defence of Great Britain admitted that:

“the ability of the RAF to fly at night and in all weathers compared unfavourably with Lufthansa who operated a service between Cologne and Croydon”.

And here is the RAF’s Handley Page Heyford, which looks, quite simply, bizarre. Mr Handley Page will have a prominent place in Roy Irons’ book later on: 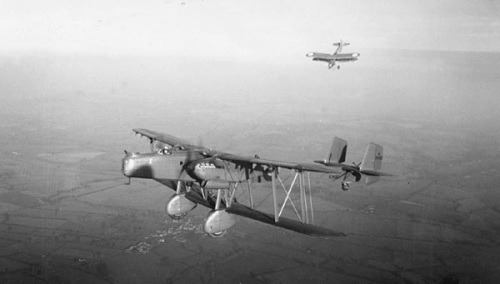 In January 1937, a paper was written by a Group Captain Maclean. It was called “The Problem of Bombing at High Speeds” and he concluded that:

“even under conditions of maximum visibility on the clearest days, bombing anything but an area target would be an impossibility, while in conditions of poor visibility and at night, this problem becomes completely impossible.”

The problem was that Bomber Command “needed to see the ground” all the way to the target. If the bombers were going to bomb Dortmund successfully, they needed to watch the countryside unfolding beneath them all the way there if they were to find the city, and that even in daytime.

In 1939, Sir Henry Tizard, the chairman of the Aeronautical Research Committee, recommended the use of a sextant to all Bomber Command aircraft within 10-15 miles of the target, rather like Captain Hornblower against the French. This is not Captain Hornblower, by the way. No, this is Captain Ahab, who always preferred longer skirts as he had a false leg:

Sir Henry Tizard also felt that “nobody could guarantee accurate bombing unless they could see the ground”. Indeed, the results of Bomber Command’s bombing in the war’s early years were horrendous.  Slowly but surely, though, it came to be thought that trying to destroy specific targets was a complete waste of time, and highly trained lives. Accuracy was supposed to be “within 300 yards” of that specific target but a more accurate figure would have been a thousand  yards…more than half a mile.

These Vickers Wellingtons were constructed to high standards, but dropping bombs accurately on the target was not their strong point: 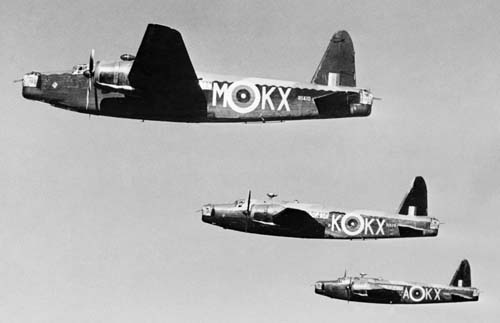 Can any more go wrong ? Well, what do you think ? Part Three very soon.