Last time, I shared with you some of the photographs which I considered to have been the best ones that the Reverend Charles Stephens (CHS) took during his many years at the High School. You saw a number of pictures of various groups of boys. This time, I’m going to be looking at his photographs of individuals. The first one is of a Master called Adam Thomas who was a history teacher. He has one thing in common with me, in that we have both chosen to write a history of the High School. 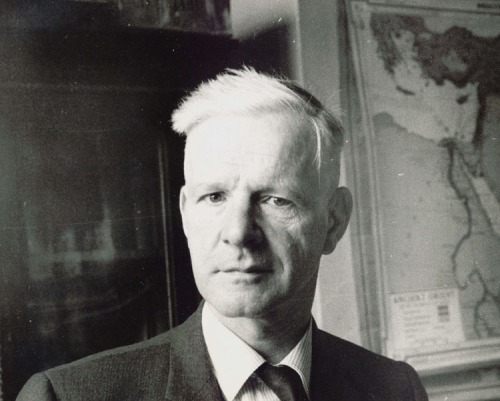 CHS produced a very nice second photograph of the same person. It seems to capture a moment during Sports Day at the Valley Road playing fields as Adam Thomas appears to be thinking about something really sad, something probably not related to the day’s events: 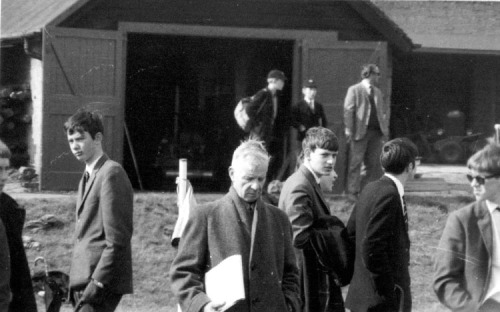 My favourite sporting photograph is “Burney wins the mile”. I know that you’ve seen this photograph before, but the young man just looks so muscled and so tough, so active and so young. He looks as if he could run for ever: 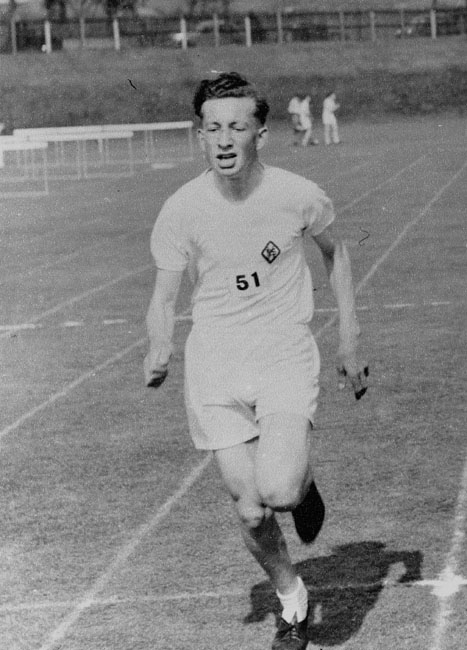 The other portraits I have enjoyed are of the people I have respected, mostly for their dedication to their duty and their desire to work for the common good. This is the Bursar, Mr Gerry Seedhouse, sitting at his desk. An ex-Royal Navy man, it should come as no surprise that he always kept the School afloat financially, and managed to remain a thorough gentleman at the same time. He was a delightful man : 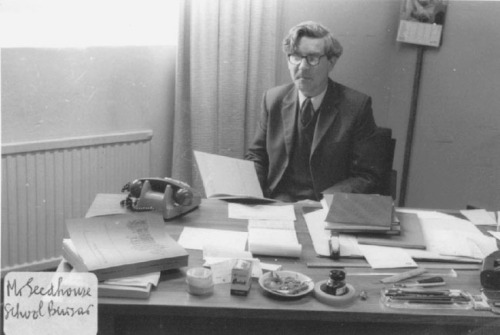 The second person is Geri Thomas who himself took more photographs of the High School than any other person. Here he is, in 1969: 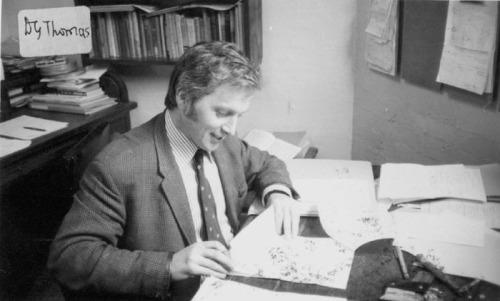 The very best photograph in my opinion, though, is called “July 1955 O-level Stoneman CF in foreground”. It captures all the differing moods of candidates for a really important examination. CF Stoneman does look though, really rather scared, but in a very determined kind of way: 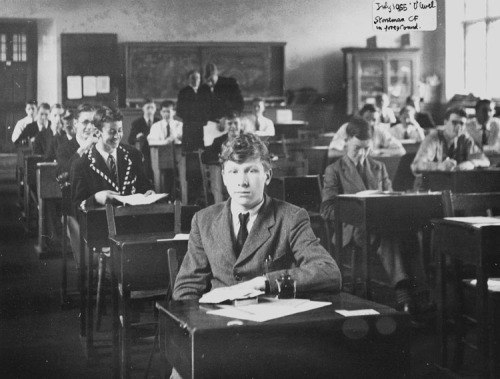 I liked it enough to crop it and change it into a portrait format rather than landscape :

These are both photographs to be extremely proud of. 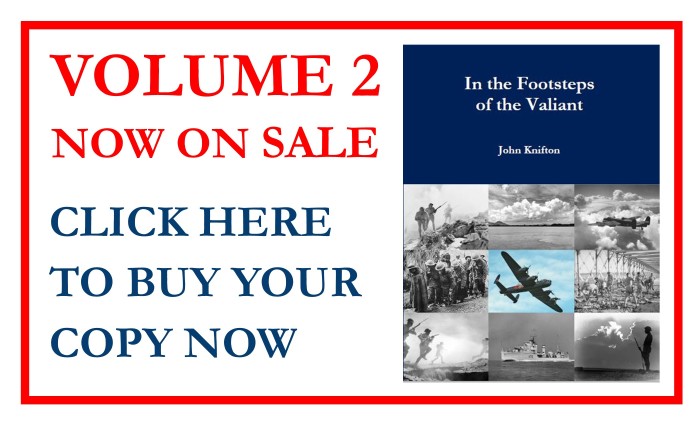