A nasty German in Woodville, Part Two, the True Facts

The Luftwaffe’s Gruppe III./KG.4, full name 111 Gruppe/Kampfgeschwader 4 arrived at Leeuwarden in the Netherlands in the middle of January 1941. They would be there until July 31st when they left for the Soviet Union and the Eastern Front:

During the first part of their stay, in one of the hardest winters for years, they spent a lot of time training and then taking part in planned air raids on the cities and ports of Great Britain. They were flying twin engined Heinkel He-111H version bombers, “hard to start greenhouses”, which scared the bejesus out of the locals who lived near the airfield. They were all loaded to the maximum limits with explosives and fuel, and on quite a few occasions, seemed to struggle to climb over the locals’ houses in this birthplace of Mata Hari: 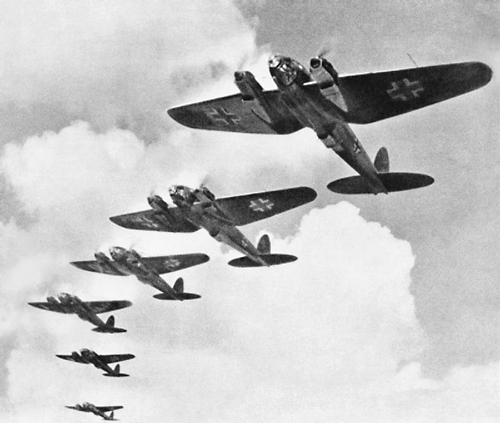 On Tuesday, June 24th 1941 the pilot of one of the Heinkel He-111Hs, Oberleutnant Joachim Schwartz, took off at 23.00 hours, tasked with laying mines in the Mersey Estuary near Liverpool. With him was a crew of three men, Stabsfeldwebel H Glkowski, Obergefreiter Friedrich Ertzinger, the Wireless Operator / Air Gunner, and Feldwebel W Köller.

At 02.30 hrs, somewhere between the Wash and Liverpool, the Heinkel was intercepted on radar and then attacked by a Bristol Beaufighter of 25 Squadron, based at RAF Wittering, squadron codes ZK:

The Beaufighter was flown by Pilot Officer DW Thompson, with Pilot Officer LD Britain acting as the airborne interception radar operator (A1). Pilot Officer Britain picked up the Heinkel almost half way between Sheffield and Nottingham just under approximately 20,000 feet up, and stalked the twin engined bomber for a quarter of an hour. Slowly, slowly, the Beaufighter crew crept up on their prey and then opened fire with their four 20 mm Hispano cannons. Here they are, under the nose of the aircraft. There were also six .303in machine guns, two in the port wing and four in the starboard wing. This made it the most heavily armed British fighter of the war, with a total of ten guns:

The RAF night fighter scored many hits on the hapless Heinkel. The cannon shells and machine gun bullets hit home with the same impact in energy terms as a broadside from a Royal Navy destroyer. The Heinkel’s starboard engine dissolved into flames and stopped working. A few minutes later, the bomber’s undercarriage fell out of its engine nacelles, increasing the plane’s drag enormously:

Immediately the bomber began to lose height rapidly, and as they plunged down to 1,000 feet, the pilot, Oberleutnant Schwartz, gave the order to the crew to bale out. Sadly, by the time he baled out himself, the aircraft was too low and his parachute failed to deploy. Schwartz was killed but his three colleagues, Ertzinger, Glkowski and Köller all escaped safely.

The Heinkel crashed close to the buildings of Edwards Farm in Lullington, a sleepy little village in South Derbyshire, some six miles south west of Woodville. This satellite view shows just how countrified Lullington still is even nowadays, eighty years after the event :

As soon as the Heinkel hit the ground, its bombs immediately exploded, scattering pieces of the plane over an area of some fifteen acres. The Home Guard would later find the tail mounted MG 17 machine gun. The aircraft had also been fitted with two external PVC 1006 bomb racks to increase its weapon carrying capacity.

The three surviving members of the crew, Ertzinger, Glkowski and Köller, landed in fields belonging to Edwards Farm. They were immediately captured and taken prisoner by two Home Guard men, Jack and Geoff Edwards, the brothers who owned the farm where the wreckage of the plane fell : 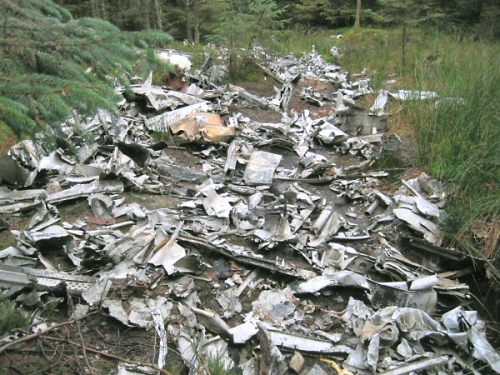 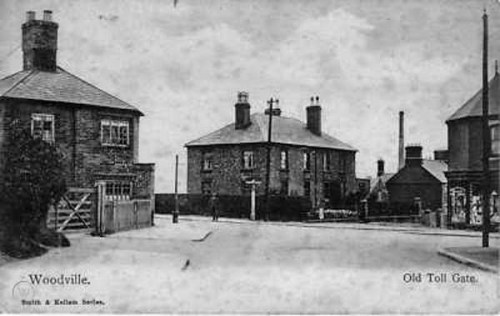 And what happened to the rest of the men involved ?

On July 31st 1941 the entire 111 Gruppe/Kampfgeschwader 4 was sent to the Eastern Front. It was a lovely place to walk the dog :

Poor Oberleutnant Schwartz received a full military funeral at Fradley Church near the cathedral city of Lichfield on June 27th 1941. He was buried in the lovely English churchyard around the church. Here’s the church: 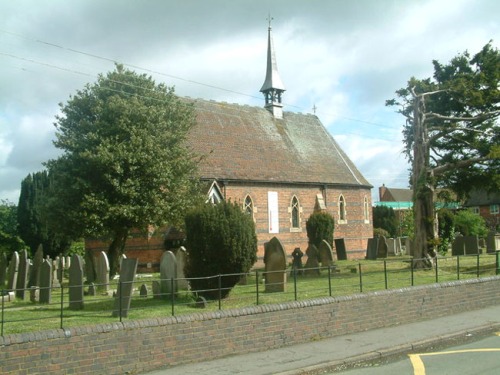 And here’s his grave :

In recent years, at the Battle of Britain service in September, an officer of the Luftwaffe based at 16 M.U. Stafford has laid a wreath on the grave of the pilot, Oberleutnant Joachim Schwartz. Everybody was very happy to see this, and evinced the hope that it would continue for many years to come.

A number of years after the end of the war, in 1979, Friedrich Ertzinger, the Heinkel’s Wireless Operator / Air Gunner, visited Edwards Farm where he was given a wonderful reception by the two Edwards brothers. These visits continued for a number of years, and all three men enjoyed themselves enormously.

Pilot Officer LD Britain survived the war. You may remember that he was the airborne interception radar operator in the successful Beaufighter.

Pilot Officer David William Thompson, a mere 22 years old and the pilot of that successful Beaufighter, did not survive the conflict. Indeed, when he shot down that Heinkel over Lullington, he had only fourteen more days to live. On July 8th 1941, piloting a Bristol Beaufighter If, serial number, T4629, for an unknown reason, he plunged into the ground near Wittering. His airborne interception radar operator, Flight Sergeant Richard George Crossman, was also killed instantly.

David William Thompson was the son of the Reverend Hamlet George Thompson and of Dora Muriel Thompson (née Watney), of Little Munden Rectory in Hertfordshire. David was buried in Wittering (All Saints) Churchyard.

Richard George Crossman was the son of Richard Berkley Crossman and Clara Priscilla Crossman and the husband of Mary Crossman, who all hailed from Watford. Richard is buried in Watford Cemetery:

His grave bears the inscription “Cherished memories, loved by all who knew him”.