Stories about my Dad (1) Manchester Lane

Just after the war had ended, in 1947,  there was a horrendously hard winter in England, with huge amounts of snow, and much hardship for ordinary people, with the extreme cold and the continuing spectre of rationing.

Manchester Lane is a tiny country lane which runs between the village of Hartshorne and the hamlet of Boundary. As my Dad, Fred, used to live in Woodville, at either No 9 or No 39 Hartshorne Road (in red), he would make frequent use of Manchester Lane to produce a circular walk around the district. He would walk down Hartshorne Road to the very bottom, near to church with a square tower (cross “+” with a black square attached, and turn right at the Bull’s Head Public House (PH). He would then follow the summit ridge of Horn Hill, a route used since Neolithic times, and walk at last along Manchester Lane itself (in yellow) as far as the water tower (“Wr Twr”) at Boundary.  He then turned right and right again, and returned finally to Woodville along Ashby Road (in green), and then High Street (also in green). You can see his route on this map:

The orange arrow points to Woodville. Hartshorne Road is the red road running to the north east. In those days, it was very countrified….. 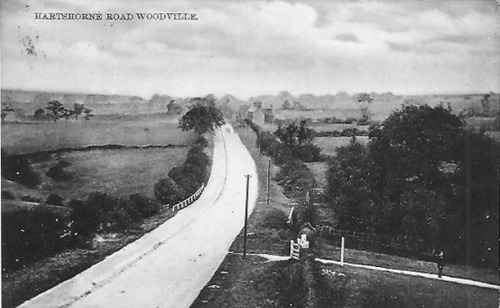 When he reached Hartshorne, Fred would turn right past the Bull’s Head, which dated from Georgian times, into Manchester Lane :

He was now in Manchester Lane which he followed for quite some distance. In 1947, this tiny country road was completely blocked by the snow. Indeed, the snow was so deep that the authorities, with the help of the RAF,  improvised an emergency snow plough by mounting an aircraft engine, complete with whirling propeller, on the back of a lorry. They then backed the vehicle into the lane, and it cleared the twelve feet deep snowdrifts without any problems.

This country road had always created a big impression on Fred, and he was forever going off for “a walk round Manchester Lane”. This healthy jaunt was around three or four miles long, and it would take at least a whole morning. It left behind the factory chimneys of Woodville and, once you got to Manchester Lane,  it went right out into open countryside, between leafy hedges and past green fields, with a splendid view looking back towards Hartshorne, Woodville and Midway. Fred never tired of the fresh air and the blue sky, the sun, the wind, the ever-changing faces of the weather and the varying aspects of nature.

Occasionally he would see a remarkable sight, such as one of his abiding memories, an old man well into his eighties, sitting astride the gable of his house roof on Manchester Lane, mending or replacing the broken ridge tiles. This is the cottage today, gentrified beyond belief:

On a darker note, Fred would often tell the tale of an isolated barn, in fields down to the south of the lane, which had been the centre of a deathbed confession by a man in faraway Australia. This macabre episode took place in the 1930s, when a farmworker who had emigrated from Woodville, well before the turn of the new century, lay dying in Tasmania, and asked to make his peace with God. He confessed that, years before, he had murdered a young woman and buried her body beneath the floor of a particular cold grey stone barn near Manchester Lane in far away England. The barn was something like this: 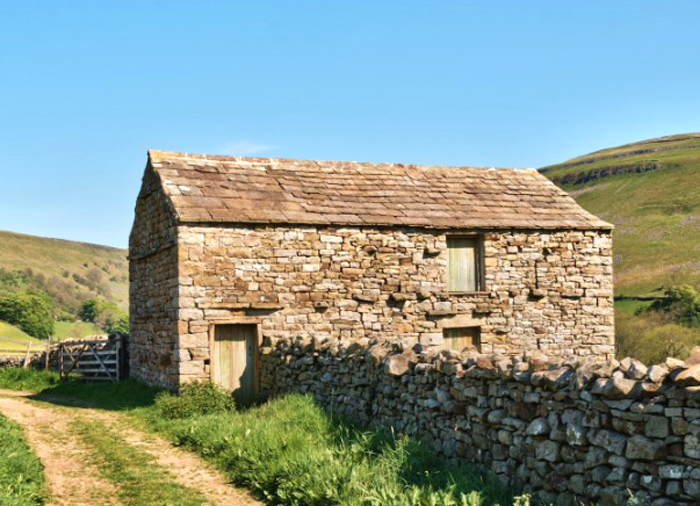 The Australian authorities notified their English counterparts of the man’s confession, and the calm tranquillity of the South Derbyshire countryside was soon  disrupted by the arrival of teams of policemen who dug up the floor of the barn, and indeed, a number of other similar barns in the area. They found nothing, although their researches were extensive. It remains a minor mystery to this day, why the dying man said what he said. Perhaps he just disliked policemen, or alternatively, perhaps he thought that many of them were too fat after all those donuts and needed to work off a little of their excessive weight.

The barn nowadays seems to have been swallowed up by the extended farm buildings at this farm. It may even have been demolished:

Whatever the case, this was a good place  to pause, and to take in the beautiful view. And then it was upwards and ever onwards to the right turn that would take him towards the old Toll House at Boundary: 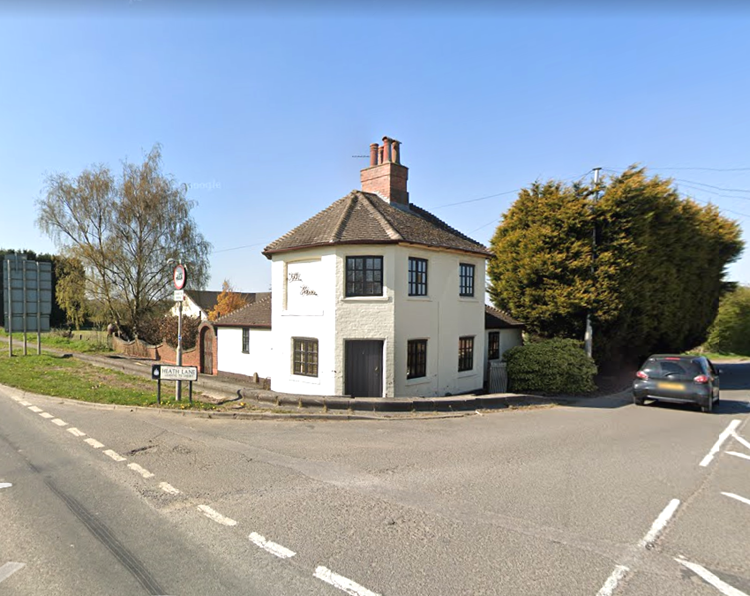 Originally, the toll house was eight sided so that the toll keeper could keep a wary eye out for people who were approaching from whatever direction.  In addition, eight sided buildings are supposed to be immune to demonic possession, which is nice. Then it’s another right turn so that Fred could follow Ashby Road which would eventually become High Street and take him homewards. But there was more to see yet. A quarter of a mile beyond the Toll House was the Water Tower at Boundary:

Just after Ashby Road became High Street in Woodville, there is a small turn off which used to lead to a tiny farm which nestled among the shops and terraced houses. One day, when my daughter was just six years old, Grandad Fred took her to see the farm. It was lambing time and she was able to feed some of the newborn lambs with a bottle.  She will never forget doing this for the rest of her life. She will never repeat it though, because this is the turn off today. I just love our brave new world. It’s so interesting and so clean: 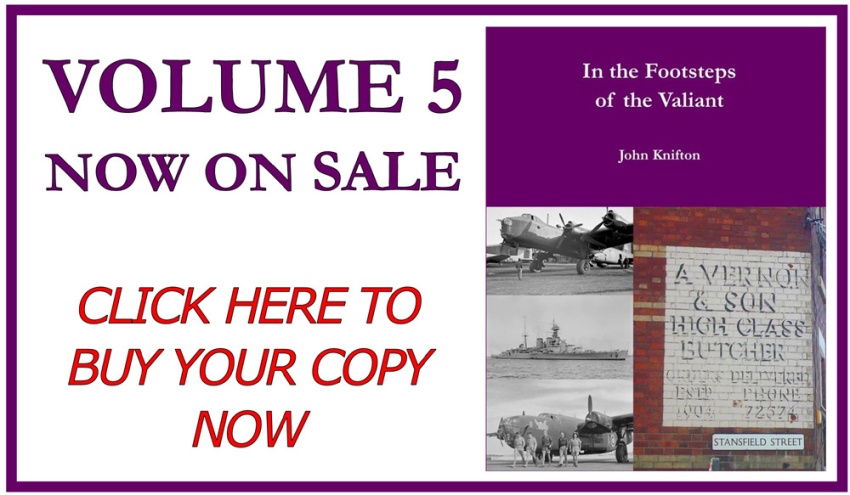 Filed under History, Humour, my Dad, Personal, Wildlife and Nature