“In the Footsteps of the Valiant” : Volume One : the Verdict (2)

As I said a couple of days ago when I was talking about Volume One of “In the Footsteps of the Valiant”, I had hoped to portray the High School’s war dead as real human beings rather than just a surname and a set of initials in a very long list of names. That is why I tried so very hard to unearth a great number of tiny details which I hoped would help to portray them all as rounded young men rather than just a couple of lines in the School List: 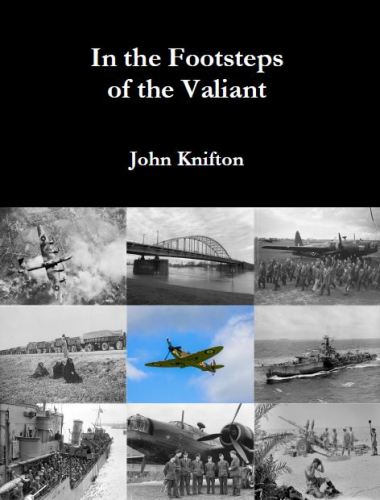 Some of them I could only present as adults because there were no photographs of them as boys.

Alfred Chenhalls was the personal friend and accountant of Leslie Howard, “The Man Who Gave a Damn”. He had lived at 2 Hamilton Drive in The Park, his family occupying the whole house, not just a flat as it would be nowadays:

Edwin Thomas Banks lived at No 7 Rutland Road in West Bridgford. As I discovered from his squadron’s log book, he was killed flying his Gloster Gladiator biplane into Lake Ioannina in Greece. He was buried with a full military funeral and a large number of Greek Generals in attendance. As one of his friends said: “coldest wait ever.”  At school, Edwin had been a keen rower: “Not very heavy but a hard worker. He sits the boat well. There was a noticeable improvement in the Second Crew when he stroked it. Although he has a good beginning he is still rather short.” As well as short, he is also rather blurred in the only picture I could find of him : 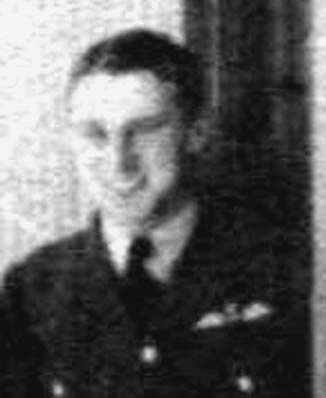 Howard Rolleston Simmonds lived at 28 Nottingham Road in Bingham. He went to Canada to learn to fly, one of the 131,533 aircrew who graduated successfully from that enormous country, including the best part of fifty thousand pilots. Howard was sent to help look for a missing aeroplane, a Lockheed Hudson which had been lost off the coast of Nova Scotia. He was the pilot of an Avro Anson I, 652A, with a serial number of W1754. He and his crew just flew off and were never seen again and no wreck has ever been found. Here he is in uniform, proudly displaying his wings:

And here he is sitting in his Anson:

John Harold Gilbert Walker was a Spitfire pilot who was shot down over northern France in 1941. The objective was the railway marshalling yards at Hazebrouck on the outskirts of Dunkirk and four squadrons of Spitfires, including Nos 118 and 457, were escorting just six Douglas Boston Mark III bombers. He was already a veteran of the Battle of Britain, flying a Bristol Blenheim nightfighter:

Keith Henry Whitson served in India with the Royal Indian Army Service Corps. He survived the war only to perish at Pindi-Khut eight months or so after the end of hostilities. Interestingly, Pindi-Khut seems to have disappeared from the map since World War Two. Again, the only photograph I could get hold of is not particularly sharp : 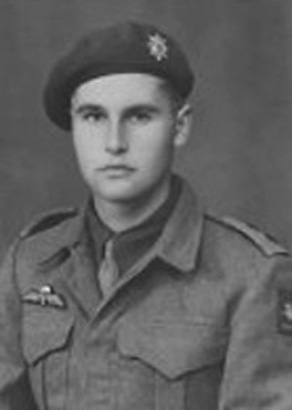 William Ray Llewellyn from “Torisdale” in Devon Drive in Sherwood and then 136 Melton Road in West Bridgford. He appeared in two school plays. In the first, he played a young woman in “The Admirable Crichton” by JM Barrie. He really was damned by faint praise: “The rest of the cast was quite adequate. I have no criticisms of WR Llewellyn as a Lady’s Maid.”

In what is now pretty much a forgotten play, “The Knight of the Burning Pestle” by Beaumont and Fletcher, he played one of the three Gentlemen who made up “The Spectators”. The overall verdict in the School Magazine was that: “the School play delighted me and many others too. The performance began in the most striking way, with three spot lit Elizabethan cavaliers coming right from the back of the hall up on to the stage. Llewellyn, Marchmont and Rowbotham were realistically discourteous spectators, and throughout their long period on the stage made the most of their restricted opportunities……. William’s little brother, Peter George Llewellyn, also had a rôle in the play. Looking tiny, he played three bit parts, Ralph’s Boy, the Soldier and the Dancer.”

The four actors are Russell Cruddas Lansberry, young Peter, Derrick John Turner and RN Walker (no such person) according to one page of the School Magazine and Robert Norman Walters according to the next page.

And little Peter got an excellent review: “Their fellow dancer, PG Llewellyn, shared their good delivery and confidence. As Ralph’s boy, he played his part with humour; as a pikeman he was certainly a menace.”

Again, the picture of his elder brother, William Ray Llewellyn, required a lot of work on Photoshop and is still very poor:

William went to meet his maker in what was then called Ceylon, a place he clearly adored: 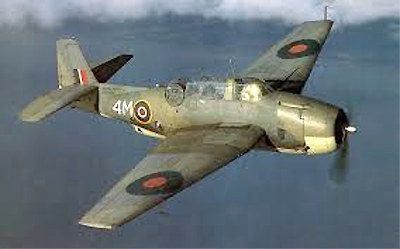 “I beheld the dawn yesterday. Not from the foothills of the Himalayas, not even from the more prosaic bedroom window but from the cockpit of an Avenger bomber flying over Ceylon. We had all scrambled whilst it was still dark. The air was still and not a bump disturbed our passage.”

My team and I put a great deal of time into designing the cover. I don’t know if anybody looked at the photographs very carefully but they were all chosen carefully and with a definite link to an Old Nottinghamian in mind. There was a Handley Page Halifax:

There was a Bridge Too Far :

All of a RAF base’s airmen walking back to the Mess after a raid :

Here, Iranian women sit and watch British lorries invade their country with minimal opposition from the Iranian Army and a great deal of co-operation from the Soviet Army : 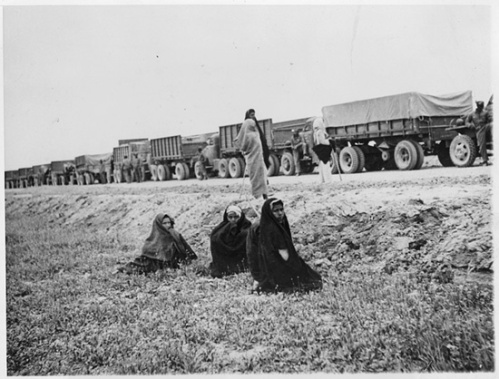 The most beautiful aeroplane ever built, the saviour of our country, and arguably, the world.

A T-class destroyer of the Royal Navy :

Here’s the return from Dunkirk : 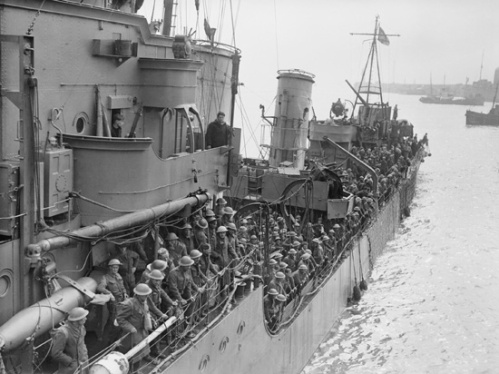 And here’s a Wellington crew just back from Germany. 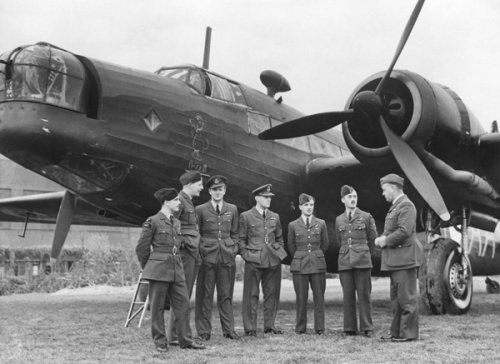 And this is the war in the North African desert, a location visited by a good many Old Nottinghamians with both the Sherwood Foresters and the South Notts Hussars:

In the Footsteps of the Valiant (Volume One)

Three months or so have passed by since I first published “In the Footsteps of the Valiant”, which was the story of the lives and deaths of 23 of the 120 or so men who were educated at Nottingham High School and who subsequently sacrificed their lives for us all in the Second World War. Also included is one young man who was killed in the early 1950s in the RAF.

So far, I am afraid, sales have been really quite disappointing. I have no real idea why this should be the case. The book is of a length commensurate with the price. The number of words holds up well alongside, say, “20,000 Leagues Under the Sea”, “The Two Towers”, “The Last of the Mohicans” and “Emma”.

The book is priced at £18 and is more or less entirely my original research. And what better things could you get for £18? Two cinema seats. A bottle of “Graham’s 10-Year-Old Tawny Port”. You could buy a Venus Fly Trap. Or a glasses case with your name on it. Or enough wildflower seeds to plant three square metres. You could buy some Miracle berry tablets. The tablets last for about an hour and alter your taste buds so that anything sour tastes sweet.

Perhaps the book is being perceived as being limited to only one town or city. I don’t know, but I had hoped that people would realise that Nottingham stands here for any British town of similar size.

What is much more important though, much more important than sales alone, is that my original research has now been completed and that we now have a much longer list of war casualties than was previously the case. In the immediate aftermath of the end of hostilities in 1945-1946, the High School thought that 82 of its former pupils had perished in the war. My researches have extended that number to 121 men whose lives and deaths have been investigated and will now never be forgotten. I have also found five deaths in the early 1950s. Once they have been unearthed and brought out into the light, they will never be lost again. And people will have a chance to read something about the lives of these brave men and to see what they did for us all.

Here are just a few of them. This is Tony Lloyd of the Parachute Regiment:

This is Keith Whitson:

And Edwin Banks and his aircraft, a Gloster Gladiator:

And Robert Renwick Jackson and his all-black Douglas Boston: 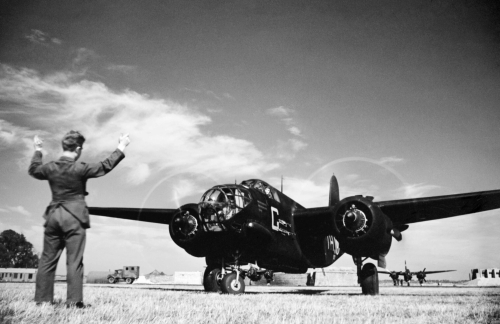 Their brave deaths spanned a whole world. Killed in a Dakota over the Bay of Biscay. Killed in a Bomber Command aircraft over Germany. Killed by the Blitz in Leicester. Killed in North Africa fighting on foot. Killed fighting to seize a bridge in Sicily. Killed fighting to seize a bridge too far in the Netherlands. Killed by exposure during the summer in an unenclosed RAF dinghy in the English Channel. Killed in the Anglo-Soviet invasion of Persia. Killed crashing a Gloster Gladiator in Greece. Lost for ever in the trackless snowy Canadian wastes. Killed crashing a Fleet Air Arm fighter into the warm waters off Trincomalee. 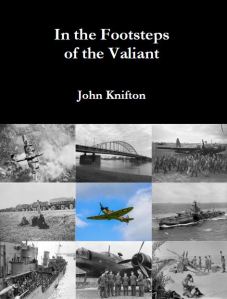