Tag Archives: Down the Bright Stream

I thought it might be helpful if I gave you an idea of some of the best books that I have read over the past few years so that you could consider them as a Christmas present for one of your friends or family. All of the books featured here are, in my opinion, well worth reading. They are all available on the Internet. In some cases, what appear to be very expensive volumes can be acquired for a fraction of the cost, if you go to abebooks or bookfinder, or if you consider the option of buying the books second hand. It ‘s something I have never understood, but with certain very expensive volumes, it is even possible to buy them brand new at a very much reduced price. Again, you need to shop around.

First up to the plate, is “The Bayeux Tapestry: Story of the Norman Conquest, 1066” by Norman Denny and Josephine Filmer-Sankey. This book came out for the 900th anniversary in 1966 and was meant primarily for schools. It contains every single square inch of the tapestry in full colour. Many modern books leave out what they consider to be the boring bits, or reproduce them in black and white:

Next is “Conscientious Objectors of the First World War: A Determined Resistance” by Ann Kramer. Conscientious objectors, or “Conchies”, usually refuse to fight in their country’s wars because of religious reasons. This book completely changed my mind about them. I always thought that conchies were, deep down, just cowards, no different from the people who find spurious medical problems to avoid risking their lives, and are happy to let others do the fighting. I was wrong. Many of these people were a lot braver than the men already in the armed forces, and most of them were treated abominably, with their hearings not even being conducted according to the law. Here it is:

This is “Churchill’s Secret War with Lenin: British And Commonwealth Military Intervention In The Russian Civil War, 1918-20” by Damien Wright. So far, I’ve read 100 pages out of 500 but it’s a really interesting book . Who would ever have thought that the First World War extended into 1920? Or that British, Canadian and French troops fought for Murmansk, with Japanese and Italians present as observers? 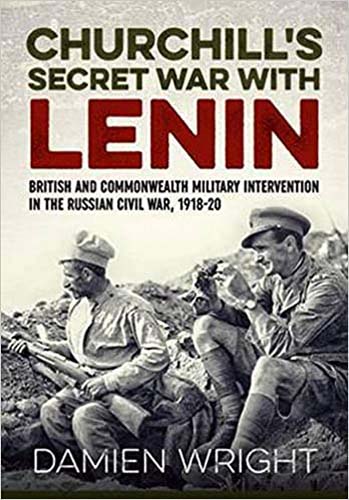 These next three books are superb. Absolutely wonderful. “Brendon Chase” is about some boys who go off to the woods to live like Robin Hood. “The Little Grey Men” are the last four gnomes  in England, and in the sequel, “Down the Bright Stream “, one of them goes missing and the remaining three must find him. Superb books for children from eight to ninety-eight:

There are lots of books about the Battle of Britain. Here are my two favourites. Roger Hall’s book is fifty years old and you will probably need to search carefully at either abebooks, amazon or bookfinder. George Wellum’s book is very skilfully written  :

A famous incident of the air war is investigated in this book by Jean-Pierre Ducellier. Its title is “The Amiens Raid: Secrets Revealed: The Truth Behind the Legend of Operation Jericho” and Ducellier has spent the majority of his adult life attempting to put the evidence together into a coherent whole. And his solution is not a lot like the official version: 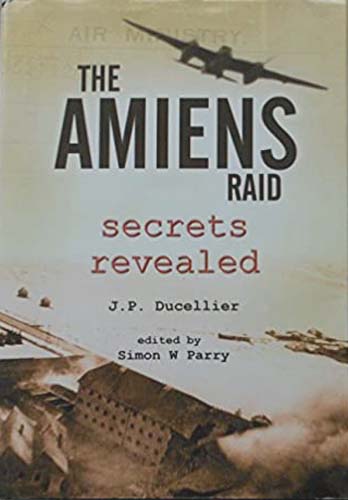 “Sisters in Arms: The Women Who Flew in World War II ” is a book by Helena Page Schrader. It details the women who were recruited in both Great Britain and the United States to fly aircraft. The treatment they received was amazingly different, with the ATA praised to the skies and the American women being much less fortunate in what happened to them. There  is a series of reviews here. How surprising that many of the American reviewers, especially Loren Tompkins, are not at all pleased when the USA’s treatment of their women flyers is shown to be infinitely inferior to that of the RAF and the women of the ATA, so they just limit themselves to slinging the maximum amount of mud at the book and its author. Only two American reviewers are accurate, namely Brenda Ledford and Kythera A. Grunge:

Our next book is, in my opinion, absolutely outstanding. It’s “Subsmash: The Mysterious Disappearance of HM Submarine Affray”  by Alan Gallop. The book is just superb. Anybody would enjoy reading it, whether or not you like military matters. It refers back to the disappearance of a state-of-the-art British submarine in 1950, the Affray, and the subsequent extensive search.  No official explanation for the disaster has ever been forthcoming, and the submarine is still down there, its crew still sealed inside, lying on the seabed near the Channel Islands.

During the search a number of strange things happened. The strangest was the massive object found on the bottom by sonar. It was too big to be the Affray and the search continued elsewhere. Several days later, attempts were made to establish what the object was, but by then it had disappeared.  Another strange event was that the wife of a submarine skipper claimed to have seen a ghost in a dripping wet submarine officer’s uniform telling her the location of the sunken sub. The position he gave later turned out to be correct.

The next book is also top of its particular category. The author is Tony Redding and the book is called “Bombing Germany : the Final Phase”.  The first city to be attacked in that final phase was Dresden in February 1945  and then came Pforzheim. Both cities until then had been relatively unscathed. During these attacks, though, the destruction unleashed by Bomber Command was apocalyptic. The author examines what happened from virtually every point of view, the bomber crews, the defenders, the occupying forces, everybody, even the German civilians who murdered RAF crews and then buried them like dead animals. I don’t have the time to read many books twice, but I shall be making an exception for this particular one. It is superb:

The last word of this first list is perhaps linked more directly  to Christmas itself. It is a book with two stories in it, both of which are told in picture form like a graphic novel. The book is “Classic Bible Stories: Jesus – The Road of Courage/Mark the Youngest Disciple”. The title says it all…the life of Jesus and then the life of Mark, who was also, of course, the writer of one of the Gospels.  The book could not have had a more perfect pedigree. The idea was thought up by Marcus Morris, an English vicar who invented the comic “Eagle”, itself meant as a Christian magazine for young people. The first story was drawn by Frank Hampson, generally thought to be the very best comic artist in England, if not the world, at the time. Frank’s lifetime ambition as a devout Christian, had always been to participate in this venture. The text of both stories was written by Chad Varah, the founder of The Samaritans organisation. 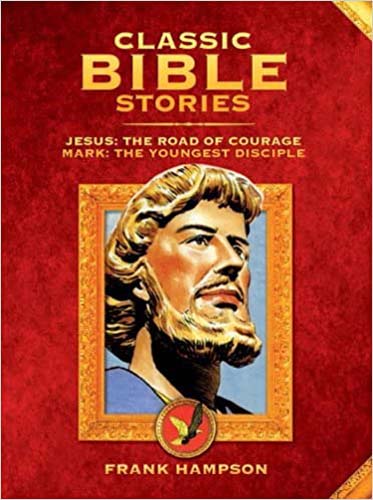 I have read all of these books and they are all well worth your time and money. I have no connection with any of them, beyond a copy of each one in my bookcase.