Last time, we saw how George Norman Hancock sat the Army Entrance Examination and was placed second in the Order of Merit for the Royal Air Force College at Cranwell in Lincolnshire. There were six successful candidates:

These were six optimistic young men, the brightest and the best, who would dedicate their lives to the Royal Air Force and their country. Some of them would lose those lives for ever.

Wing Commander Albert Frank Reuben Bennett worked at the Royal Aircraft Establishment at Farnborough. He was killed on Wednesday, July 1, 1942 at the age of 29.

Wing Commander Thomas Lawton Moseley was with 228 Squadron when he was killed on August 25th 1942 at the age of 29. He was in the same Short Sunderland flying boat in which the Duke of Kent was killed: 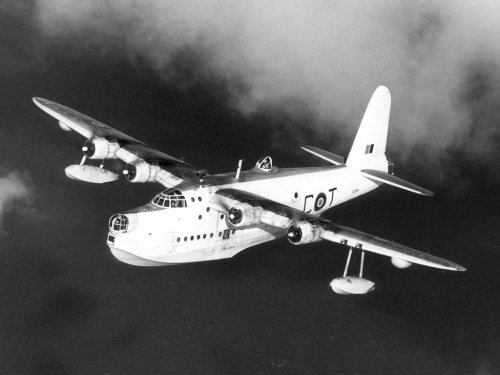 As for K Gray of Leeds Grammar School, I found three Kenneth Grays who were all killed but they were members of the Royal Air Force Volunteer Reserve, so, unless he left the RAF and then returned to it, I am not sure that this particular K Gray is very likely to be any of them. On the other hand, he may well be.

I first found George’s name in the RAF list for 1933 when on July 15th 1933, he was appointed to a permanent commission as a Pilot in the General Duties Branch of the RAF. In 1938-1940 he was recorded as Flight Lieutenant GN Hancock with the date July 14th 1938 after his name. This corresponds, presumably, to the date when his rank of Flight Lieutenant began. In June 1938 he qualified as a Special Signals Officer and for the rest of his life, he was to work in this area of the service. He would always be engaged in flying an aircraft rather than a desk.
Interestingly, he soon became an Experimental Signals Officer at the Aeroplane And Armament Experimental Establishment, which was originally located on the east coast, at Martlesham Heath near Woodbridge in Suffolk. When the war broke out, it was moved to the less vulnerable site of RAF Boscombe Down in Wiltshire.  Boeing B-17s were frequently used in research of the electronic variety. This one was specifically part of the AAEE:

The next time we meet George is in the “Flight” edition of April 13th 1939 when Flight Lieutenant GN Hancock became Squadron Leader GN Hancock with effect from April 1st 1939. On April 24th 1939, George was transferred to the Technical Branch from General Duties.
George’s name also cropped up in the King’s Birthday Honours for 1944, which celebrated the official birthday of King George VI. He was listed as Group Captain GN Hancock, “Mentioned in Despatches”, this time for his work with Coastal Command.
In 1946, George was awarded the CBE in the New Year’s Honours List as senior Signals Officer of the entire RAF. He must have also been promoted, if only temporarily, to the rank of Group Captain.

On November 1st 1947 George relinquished his temporary rank of Group Captain to become a Wing Commander (substantive). On July 1st 1953, he reverted to being a permanent Group Captain because on October 6th 1953, he was transferred to the General Duties Branch, retaining his rank…Group Captain GN HANCOCK, CBE, MIEE (seniority 1st July 1951).
I’ve not found the second abbreviation yet, but it possibly means “Member of the Institution of Electrical Engineers”. He certainly joined the Institution as a university graduate in 1940 and by 1942, he was an Associate Member, and ten years later, a full Member. At the time of his death, George was also the proud holder of two prestigious diplomas. One was the AMIEE and the other was the AMI Radio Engineers. One was “Associate Member of the Institution of Electrical Engineers” and the other was, presumably, “Associate Member of the Institution of Radio Engineers”.

George’s obituary lists the various jobs he did in the RAF and they certainly make a long and impressive list. He was the Chief Signals Officer in Coastal Command, the Senior Staff Officer at the Air Traffic Headquarters at Uxbridge, and the Command Signals Officer with the British Air Force of Occupation in Germany. At the time of his death on March 31st 1954, he was working with the Ministry of Supply as the Senior Air Force Representative to the Controller of Guided Weapons and Electronics in the Ministry of Supply. Here is an early Bloodhound anti-aircraft missile:

To carry out all of these important posts, George needed immense dedication to the cause, and he had it in abundance, being committed both to the Royal Air Force and to his profession as a telecommunication engineer. He was known universally and affectionately by his nickname of “Hank”. His friends loved his courage and his jovial optimism. His work colleagues had great respect for his plainly expressed opinions and his dogged persistence in working away at things and overcoming any problems. Indeed, his obituary writer thought that George’s character was the very reason that he was always called “Hank”.

“This bestowal of a nickname gave an accurate measure of the esteem in which he was held by his colleagues.” 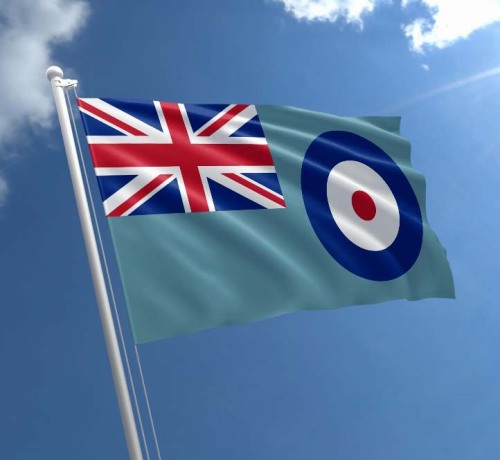