Neonicotinoids: a disaster about to happen

Man’s most faithful insect friend is the Bee. Not everybody may like bees. Some people might be frightened of their sting. But everybody respects their industry and their willingness to work hard for the common good. That’s why we have all been saying “As busy as a bee” for the last five hundred years. Buzz, buzz, buzz…

Unfortunately, though, there’s a new type of insecticide around. They are called Neonicotinoids, and appear to be killing indiscriminately vast numbers of  insects which are helpful to Man.

I really do hope that this is not the reason that I seem to be seeing so few butterflies, bees, wasps or any other insects in my organic, insecticide and pesticide free garden.

Recent research in Holland has revealed, though, just how catastrophic the widespread use of Neonicotinoids may be, not only for bees and other helpful insects, but for birds and then for animals higher up the food chain. The story in full is revealed at greater length here, but I have selected the most important elements for you here:

Have the patience to read about this grim scenario…

“Neonicotinoids are causing significant damage to insects, and now a new Dutch study has revealed that these pesticides are having a significant negative impact too on birds.
Insects form a large part of the diet of many birds during the breeding season and are essential for raising offspring. We investigated the most widely used neonicotinoid, which is called “Imidacloprid”. Here in the Netherlands, local populations were significantly smaller in areas with high surface-water concentrations of Imidacloprid. At concentrations of more than 20 nanograms per litre, bird populations declined by 3.5 per cent annually. Additional research revealed that this decline appeared only after the introduction of Imidacloprid to the Netherlands, in the mid-1990s. The birds most affected included Starling, Tree Sparrow and Swallow.
The overall impact on the environment is even greater than has recently been reported and is reminiscent of the effects of insecticides like DDT in the past.”

The BBC News Environment Correspondent, Matt McGrath, has several times reported similar worries about the declining numbers of valuable insects. In one report, it was argued  that the process of evolution might lead us into some very bad places indeed…

“Neonicotinoids are causing great damage to a wide range of beneficial species and are a key factor in the decline of bees…..the evidence of damage is now conclusive, and the threat to nature is the same as that once posed by the notorious chemical DDT.

When seeds are routinely coated in these chemicals, the resulting plants will then grow up with an inbuilt ability to destroy many species of insect.”

Manufacturers deny totally, of course, that these pesticides are harming bees or any other species (surprise, surprise). Scientists, though, are extremely worried about their use. Professor Goulson, one of a team of 29 researchers, has developed this nightmare scenario one stage further…

“”The more neonicotinoids are used, the likelier it is that pest insects themselves will then become resistant to them. Using them like this is absolute madness.”

The situation is worryingly reminiscent of the crisis described by Rachel Carson in her book “Silent Spring”. 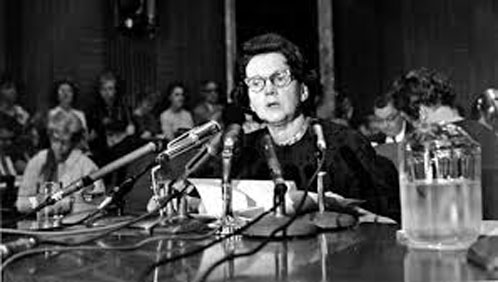 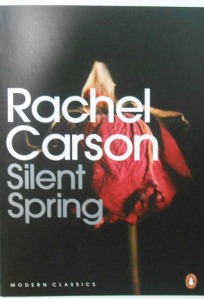 “Carson’s 1962 book, “Silent Spring,” kick-started the modern environmental movement, it suggested that better protection for pollinators and plant life was required for healthy people and healthy agriculture. Without her intelligence and eloquence, we would already be living in a world of unspeakable impoverishment, one with silent springs and fruitless falls.”

Opposition to Neonicotinoids is already enormous.

In addition to protests, there is a large number of petitions you can sign. 363,258 supporters signed this one, which has now closed. There’s another petition for Ontario that has 54,984 supporters . Some other petitions are just starting up, with only 180 signers so far… This is not, though, a cranky minority issue. Another site has a staggering 331,872 signatures…. The comments on this particular petition are even stronger….

“The chemical companies are all and far too powerful – they have friends in high places, they lobby very strongly and are nothing more than drug-dealers. Just research the companies that ex-MPs work for after their stint in public service – that’s who runs the country…..”
Laurie Allan

“Of course the farmers are denying that they are the problem yet again, just like they claim poverty, always seem to running around in big fancy cars, polluting the atmosphere just like they pollute the earth, and the price of food spirals all the time”
William Thom

We need to do something about this, or the world will be a much, much poorer place without bees. And a  considerably hungrier one. Up to one third of our food is produced by bee pollination.

And then we will all start to be on the side of Alan Partridge.

Filed under My Garden, Science, Wildlife and Nature