In the Footsteps of the Valiant (Volume Five) Finished at last !!!

Well, it has finally happened. After something like eight years of research and writing up, the fifth and final volume of “In the Footsteps of the Valiant” is complete and published and ready to be purchased……. 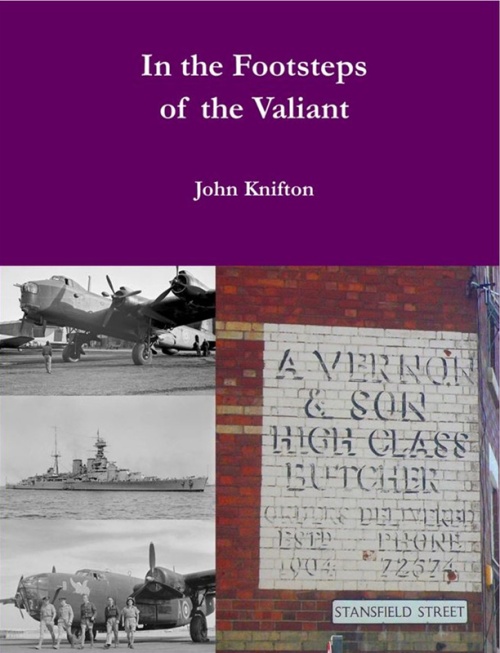 I have always said that my main intention was to get away from a list of war casualties which was just a surname and a set of initials displayed on a wall. I wanted to portray the High School’s war dead as young men with, perhaps, wives, families, houses, jobs, and, above all, their own lives to lead. Lives which they were prepared to sacrifice in the cause of freedom, to stop a madman whose crazed ideas would have transformed the entire world into his very own vale of tears.

No less an intention was the idea of trying to establish, once and for all, just how many war casualties the High School had. From around eighty, I have now pushed the number up to around 120.  Volume Five contains the detailed story of 22 High School casualties of World War Two, along with two men who gave their lives for their country during the following decade. And don’t forget, incidentally, that all five volumes have been deliberately constructed to contain the same amount of material as all of the others. Furthermore, that material is, overall, of the same quality as all the other volumes. No single book is full of exciting stories of derring-do, at the expense of another volume devoid of all excitement. I took great care to make that the case.

The men concerned in Volume 5 are : 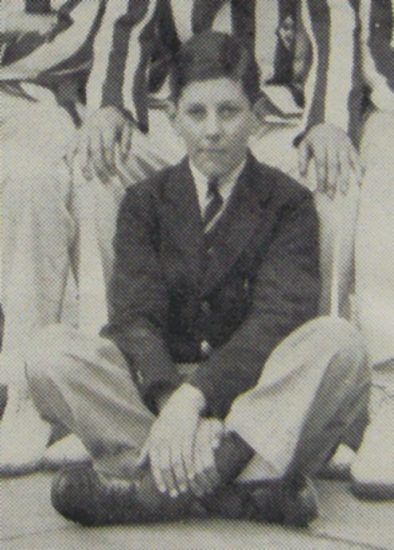 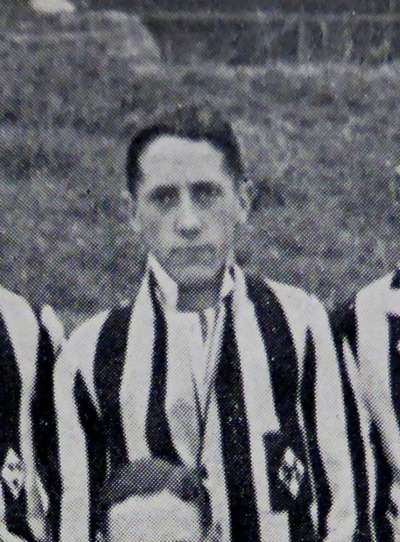 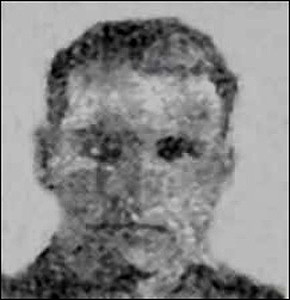 And here is Bernard William Grocock, shot down by Oberleutnant Helmut Lent of 6/Nachtgeschwader 1, the second greatest night fighter ace of all time. 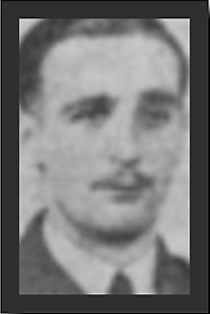 John Aubrey Starkey, killed at HMS Bambara in Ceylon, as he flew his Grumman Hellcat fighter : 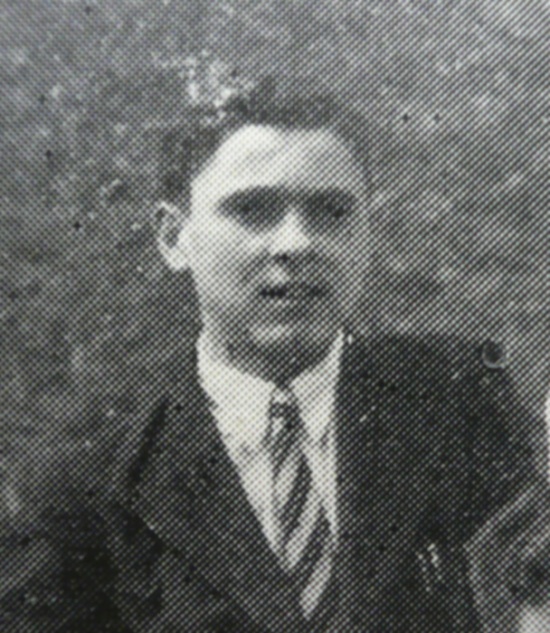 And Herbert Temple Nidd, surely the most colourful Old Nottinghamian of them all, a man who worked on every single one of the great North Atlantic liners of the 1930s, and whose understanding of the rule “Only one wife at a time” seems to have have been woefully deficient. And that may well go for his father, too. 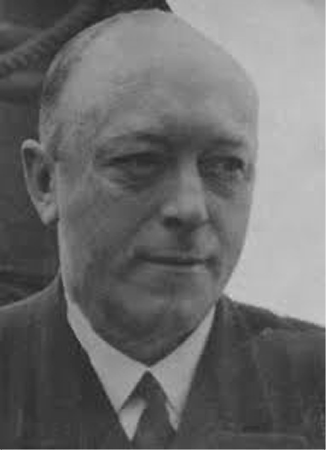 They died in many different places. In the Denmark Strait, facing the Bismarck. In an Italian prison camp. Fighting Rommel in Tunisia. Shot by guerillas in Ethiopia. In the Netherlands, clearing the Scheldt Estuary of Germans. Crossing the Rhine only weeks from the end of the war. And in aircraft. Over Duisburg in a Lancaster. In a Gloster Meteor. In a Whitley over Staffordshire. In a Whitley over Berlin.  In a Liberator over Tripoli in Libya. And most interesting, the POW who died, or was perhaps murdered, on his “Long March”, as, in 1945, the Germans marched their prisoners hundreds of miles westwards in deep snow, away from the Russians. What a tale he had to tell. Other men from his camp had been stationed right next to Auschwitz and had watched carefully what the Germans were doing. Alas, had he survived, he might well have added his testimony to the prosecution’s case.

I also discovered the only direct remembrance left behind by any of our Old Nottinghamians. Peter Vernon died at the age of 23 from an illness contracted in the North Atlantic on H.M. Motor Minesweeper 260. Battered ceaselessly by extra strong winds and freezing rain, Peter probably died in the Invergordon Royal Navy Auxiliary Hospital in northern Scotland. Before he went off to war, his father had already told him of his plan to rename their butcher’s shop, “A.Vernon & Son High Class Butcher”. A huge new sign was painted on the side of the building. Perhaps it was going to be a surprise when Peter came home on leave, although it certainly didn’t work out like that. Alas, we will never know.

What we can do, though, is to go to Ilkeston Road in Nottingham, and, at its junction with Stansfield Street, see the sign, which is still there. The only part of Peter Vernon’s life still remaining alive in our world…………………….. 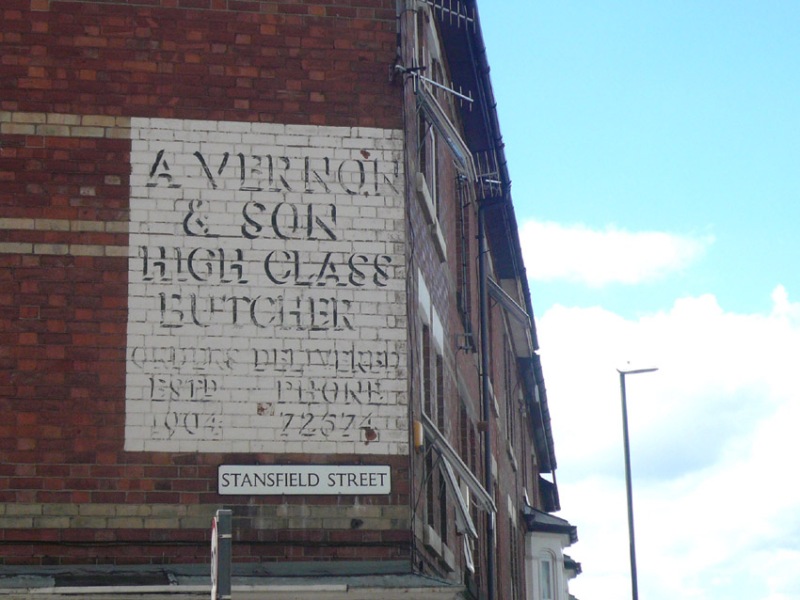 Any royalties generated by these books will be split between “ABF The Soldiers’ Charity” and the Royal Air Forces Association.

One by Keith Doncaster of Maples’ House and the Fifth Form:

“Along the silvery beach we run,

We think that gathering shells is fun.

Along the silvery beach we run.

And as we go beneath the sun,

We hear the distant bells.

Along the silvery beach we run,

And one, almost a thousand years older, from Wace, slightly altered:

Everything falters, dies and ends

Iron rusts and timber rots away

Nothing made by hand will last.

I understand the truth

That all must die, both clerk and lay

And the fame of men now dead

Will quickly be forgotten,

Unless the clerk takes up his pen

And brings their deeds to life again

I say and will say that I am

John Knifton from the City of Nottingham”