Last time I was talking about “The Devil’s Doctors” by Dr Mark Felton which describes how, at Mukden POW Camp in Manchuria,  Allied prisoners of war, primarily Americans, were used to test Japanese biological weapons developed at Pingfan, the nearby headquarters of Unit 731: 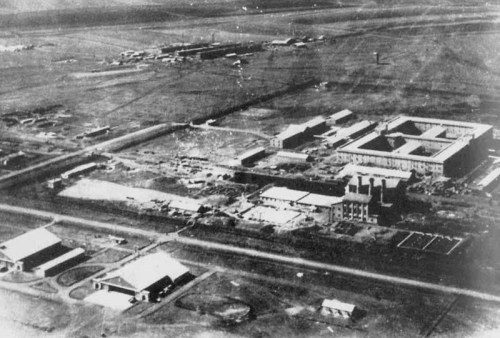 The author then extends his account to some of the other atrocities carried out at other locations within the Japanese sphere of influence. In the last post I spoke of what happened to the crew of a B-29 Superfortress, brought down over Japan on May 5th 1945:

The crew were all murdered in the vilest fashion  and 30 Japanese eventually stood trial in an American court. Dr Fumio Ishiyama, the university’s chief of surgery, committed suicide to avoid justice. Of the remaining 29 Japanese, 23 were found guilty. There were five death sentences, four life imprisonments and prison for all the rest. Sadly, the sentences, awarded for war crimes up to and including cannibalism, were never carried out.

The author then reveals that the American government, having realised that their erstwhile allies, the Russians, were in actual fact, total savages and vile people and worse than that, a bunch of Commies, decided to do very little indeed with the guilty Japanese defendants. After all, the Japanese people were a lovely lot who well might fight on our side against the Russians if we were very, very kind to them. Nobody was hanged and every single war criminal was free as a bird by 1958. Personally, I’m only surprised that the thirty Japanese weren’t asked to write a best selling recipe book.

One of the most striking things in the author’s research is that the 700 page Official History of Kyushu Imperial University devotes just one page to the vivisection experiments it carried out for years on hundreds of innocent people. It reminded me of one German company’s attitude to the 80,000 concentration camp slave labourers they used. They don’t even get a mention.

Ischii wanted to discover how diseases affected the human body, and hundreds of thousands of Chinese people paid the ultimate price to help him. Aerial sprays were used from aircraft and bombs made of ceramic material but full of germs were dropped on Chinese civilians. It must have been a little bit like spraying forest fires nowadays:

Poisoned food and water was frequently offered to Chinese victims. Fleas carrying bubonic plague were released by Japanese aircraft over the Chinese cities of Ningbo (1940) and Changde (1941). At least 400,000 people died as a result of this. Here are the two cities nowadays:

In comparison, casualties at Hiroshima were 90,000–146,000 and at Nagasaki between 39,000–80,000.
Dr Felton has researched Pingfan in enormous detail. The centre was divided into various ‘Divisions’, all under the command of Shiro Ischii. Division 1 worked with anthrax, bubonic plague, cholera, tuberculosis and typhoid, frequently introducing it to live people. As test volunteers, between 300-400 Chinese were kept confined at a local camp and numbers were always maintained around that level. Division 2 worked on weapons to deliver the toxins, trying to invent radical new ways to contaminate the western USA. Division 3 constructed artillery shells for shorter range operations and Division 4 developed new biological agents.
The book tells exactly what kind of medical and surgical war crimes were committed by Unit 731 personnel but I will not inflict them upon you. You will need to buy the book! Suffice it to say that the treatment meted out to these poor Chinese people was vile, beyond contempt. It still affects Sino-Japanese relationships today, mainly because of the extreme reluctance on the part of the Japanese to accept their guilt and to apologise in a meaningful and sincere way.