The Carvings in the Tower (6)

David John Furley was one of the young men who, in May 1940, had climbed up into the Tower of the High School and carved their names and their message on a stone window sill:

And here’s the Tower, pictured on a rather dark day between the two world wars:

David Furley had entered the High School on September 18th 1930 and he left on the last day of the Summer Term, July 30th 1940. The son of a hosiery manufacturer, Athelstan Willis Furley, he lived at 18 Markham Crescent, 50 yards from where Richard  Milnes lived in Langar Close, in that triangle of streets where Valley Road meets the Mansfield Road. Here’s his house today. You can just see a window behind the foliage:

David was an extremely clever young man. He received various School scholarships, a minimum of a dozen prizes or other awards and became the Captain of the School. In the OTC he was Company Sergeant Major and in cricket, he was a regular player for the First XI, winning his colours during the 1940 season. He left to read Classics at Jesus College, Cambridge with a £100 Open Scholarship and an £80 City of Nottingham Scholarship. Nearly all of his Classics Masters were Cambridge men, Mr Beeby (Jesus College), Mr Duddell (Gonville & Caius College) and Mr Gregg (St Catharine’s College). Only Mr Roche had gone elsewhere (London University).

Here is  the list of all his prizes, scholarships and awards, as they appeared in the School List:

During the war, David became a Lieutenant in the Royal Artillery Company, serving in Bombay in India and then in Burma. Here they are, in their ceremonial uniforms:

He then returned to Cambridge University to complete his degree, and became an Honorary Fellow of Jesus College.

In 1947, he began lecturing at University College, London, soon becoming “one of the 20th century’s outstanding scholars of Greco-Roman philosophy” and soon afterwards a professor at Princeton University in the United States. In collaboration with Cooper, Frede, Nehamas, Penner and Vlastos, he helped build Princeton’s reputation as a world-leading centre for the study of ancient philosophy. This is Princeton: 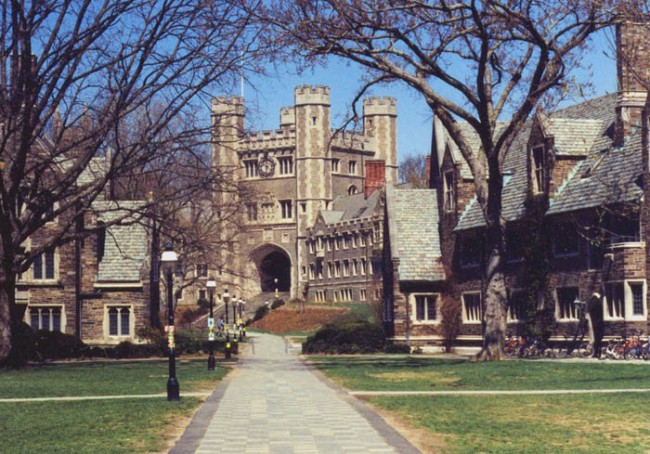 His books on philosophy were widely known for their brilliance and their brevity. Most famous were “Two studies in the Greek Atomists”, “Self-movers”, (15 pages), “The rainfall example in Physics II.8”, (6 pages), “Lucretius and the Stoics” (20 pages) and “Galen: On Respiration and the Arteries”. He planned to write his final book, “The Greek Cosmologists”, in two volumes, but after Volume I appeared in 1987, Volume II unfortunately never came to fruition. His best articles and essays were all published together, however, in “Cosmic Problems”. For many years, David was:

“widely regarded within the ancient philosophy community as one of the subject’s most brilliant practitioners”.

Virtually everything he produced is a gem, and many have become classics. There are many who have argued that he was the cleverest pupil the High School has ever produced.

David Sedley wrote an obituary for David Furley, which lists the books he wrote and their length. On one occasion, apparently, he launched his newest book at a conference, and began by handing out copies to everyone. The book was fewer than 20 pages, but, because of David’s well-known intellect, nobody laughed when they first saw how short it was. They read it, and acknowledged that what he had written was a work of genius:

“The most recurrent motif of his work was the systematic contrast between two radically opposed philosophical and scientific worldviews, atomism and Aristotelianism, his analyses typically shedding equal light on both traditions. The leading exhibit is undoubtedly his brilliant 1967 book “Two Studies in the Greek Atomists.” ….A model of lucid and judicious scholarship, this monograph did much, perhaps more than any other single book, to bring Epicureanism into the philosophical mainstream.”

“Furley’s work proved seminal in his genius for writing a short but incisive article which provoked an entire micro-industry of debate. His classic “Self-movers”, a mere 15 pages in the original 1978 publication, became the focus of a subsequent conference at Pittsburgh, which in turn led to a multi-authored volume.

“Another such case is “The rainfall example in Physics II.8” (1986), which argued with amazing concision – it weighed in at just six printed pages – that, contrary to the current orthodoxy, Aristotle in fact believed that rainfall is purposive, and not merely the mechanical outcome of meteorological processes.”

A third case is “Lucretius and the Stoics” (1966). Lucretius was one of Furley’s heroes. The article, running to an impressive 20 pages, presented a major challenge to the orthodoxy that Lucretius’s polemics are typically directed against Stoic rivals. Resistance to this article’s findings has been widespread in Lucretian circles, but it still has its defenders, and the debate remains evenly balanced.”

And here’s Furley at varying ages:

I just wish that I understood anything of what Professor Furley had written. I even thought that “Lucretius and the Stoics” was a 1950s Rock and Roll group.

The Carvings in the Tower (1)

Nottingham High School has a very obvious high and splendidly Gothic tower, complete with a tiny turret. It totally dominates the skyline of the city. The tower was even mentioned by DH Lawrence in his first novel, “The White Peacock” as “the square tower of my old school.” A brand new flagpole was erected on the top to celebrate the Jubilee of Queen Victoria on Tuesday, June 21st 1887.

This tower has always been accessible to the boys, one way or another. For years, it played host to the deliberations of the School Prefects, and the beatings they inflicted. In May 1940, with England expecting to be invaded at any moment, the senior members of the OTC (Officers Training Corps) climbed up there and carved their names and their message to the future on a stone window sill. They are still there today, eighty odd years later:

“The following were members of the anti-parachutist squad May 20-21,1940 (being first to do so) RA Palmer, JS Gibson, DJ Furley, RM Gunther, RB Holroyd, RV Milnes, R Mellor, JMT Saunders”.

But who were these young men, and what happened to them during their lives? After all, they must are all be dead today. But, sadly, not every one of them even made it through to the end of the war.

Richard Vernon Milnes was born on March 29th 1923. His father, William Vernon Milnes, died when Richard was quite young. His wife, Florence Annie Milnes became the bread winner, working as a school teacher, one occupation which was more open to women than most at this time. The family were living at 8 Langar Close, in the triangle between Mansfield Road and Valley Road: 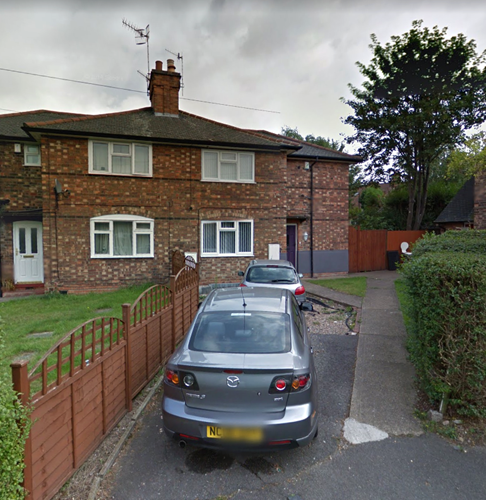 Richard entered the High School on September 20th 1934 as Boy No 5855. He was only eleven years of age and he was a Sir Thomas White Entrance Scholar. He went into Cooper’s House and Third Form A with Mr Gregg as his Form Master. There were 29 boys in the Form and Richard finished the year in second position.

Richard then moved into the Upper Fourth Form A with Mr Bridge.Here he is, in the darker blazer, looking fairly angry, as he often did:

(back row)  “Beaky” Bridge, “Wappy” Parsons, Reg Simpson, the future Test cricketer,  Arthur Mellows, the future paratrooper, killed in “Operation Plunder”, the crossing of the Rhine into Germany, 1945. (front row) Bruce “Farmer” Richardson, killed while defending the perimeter of Dunkirk so others could get onto the boats, 1940. John Louis Pilsworth, Prefect, and Eric James Dickenson, Captain of Cricket and of Rugby.

There were 29 in the Upper Fourth Form A and Richard was one of the four boys who were “not placed” in the end of the year examinations, absent, I would presume, for reasons of illness. Only six boys joined the Officers Training Corps that year but Richard was not one of them. During this year Richard wrote a poem which was published in the School Magazine. It was entitled “Winter”, and it was a lovely little poem for a boy of thirteen:

The wind goes whistling round the eaves,

Scattering far and wide the leaves.

The leafless oak-tree creaks and heaves.

The snow is falling, smooth and white,

Covering the earth with a canopy bright,

Luminous in the pale moonlight.

During the following year of 1936-1937, Richard was with “Fishy” Roche in Lower Fifth Form A. The Form contained 31 boys of whom sixteen, including now Richard, were in the Officers Training Corps.

More about Richard next time.