Bomber Harris, not a happy man (5)

According to Roy Irons in his splendid book, “The Relentless Offensive: War and Bomber Command”, Arthur Harris hated the Short Stirling, but he reserved his finest vitriol for the Handley Page Halifax. Here’s a Mark I: 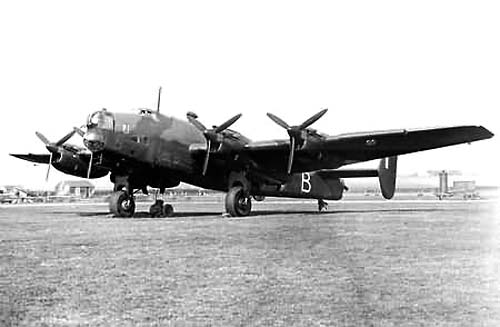 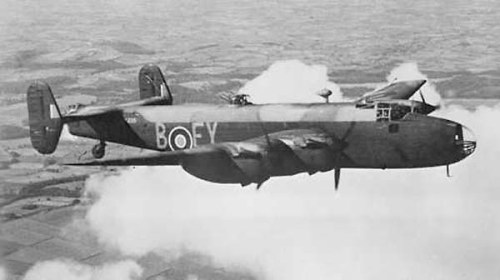 The Mark III has the familiar nose, but has a different tail and Bristol Hercules radial engines: 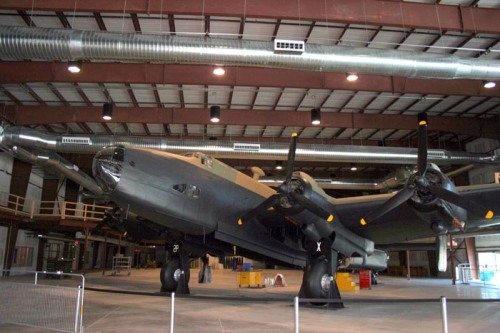 Harris was not alone though in his hostility towards the Halifax. It was well known fact that the Halifax could not lift its bombload up to 20,000 feet and that its range was too short to take any 0f the longer, more evasive routes as the Lancasters did. Per hundred tons of bombs dropped, the Lancaster lost only one third of the personnel who were killed in Halifaxes. Overall, three Halifaxes were lost to every two Lancasters and those two Lancasters dropped almost twice the weight of bombs dropped by the three Halifaxes.

Harris knew all of these basic facts about the Halifax but he also knew a great deal of other information which nobody else was given. Most of it came from the captured pilots of Junkers Ju88 nightfighters.  They reported that they “could normally approach our aircraft well within gun range and even up to fifty yards without apparently being seen at all”. 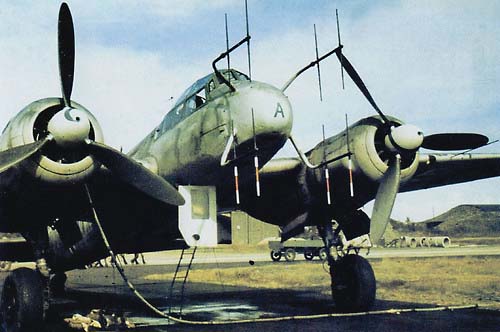 To prove the point, Harris borrowed a Bristol Beaufighter and its crew from 25 Squadron at RAF Wittering and had a Halifax bomber put to the test. The two crewmembers in the Beaufighter found that the Halifax bomber they were chasing had “inadequate exhaust dampers” which meant that the flames from the bomber’s engines were visible to the Beaufighter one and a half miles away. In contrast, the rear gunner of the Halifax could only see the Beaufighter if it was within 1100 yards, just over six tenths of a mile. And that was looking back in level flight. Harris found that the Halifax rear turret possessed “blindness in all directions, and especially downwards”. He stated that the turret was “80% angle iron and 20% scratched perspex”.

Only in 1944 did a turret which has the kind of visibility that is required become available. It was actually designed by Bomber Command themselves. This was the Rose turret, mentioned previously, which was designed, at the specific demands of Bomber Harris, by Air Vice Marshal Edward Rice.  Rice was one of the senior Bomber Command station commanders, and had travelled with Harris to visit Rose Brothers at the start of the project. He subsequently led No. 1 Group RAF. Here’s a Rose turret being fitted. Bigger, longer guns and no metal in the line of vision: 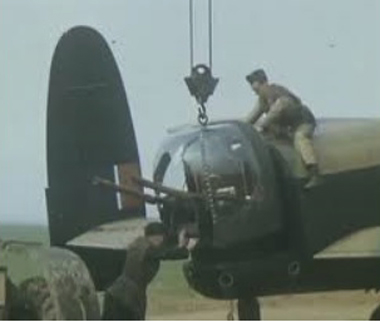 Harris called the Halifax “a deplorable aircraft” on more than one occasion. He thought that the aircraft and its dreadful Bristol Hercules engines were particularly well suited to each other and that these awful engines should be reserved exclusively for the Halifax, because “it’s useless anyway”. Harris despaired that:

“nothing whatever is being done to make this deplorable product worthy for war”.

Harris was no fool, though, and realised that:

“the two strongest motives of Englishmen in the aircraft industry are patriotic devotion and commercial gain. They will never think of new designs when more orders for the old ones are to be had. To obtain or maintain an order book, aircraft companies will promise anything”.

“Nothing will be done until Handley Page and his gang are kicked out, lock, stock and barrel.”

This could not be done though, and instead Handley Page continued to make Halifaxes and to sell them to the RAF, whose use of “this deplorable aircraft” was limited to attacking short range targets. The reason for this was that if the Halifax was abandoned, six months’ bomber production would have been lost, because all of the extra tools and facilities for producing Lancasters would have needed to be put into place.

Harris was convinced that the Bomber Command offensive was vital to winning the war. He had no patience whatsoever with any of the board members at either Handley Page or Shorts:

“Unless we can get the heavy bomber programme put right, we are sunk. We cannot do this by polite negotiation with these crooks and incompetents. In Russia it would long ago have been arranged with a gun, and to that extent, I am a fervid Communist.”

Just to make it 100% clear, the “crooks and incompetents” were Handley Page and his gang and Oswald Short and a good many others in his firm. And Harris wanted them all put against a wall and shot: 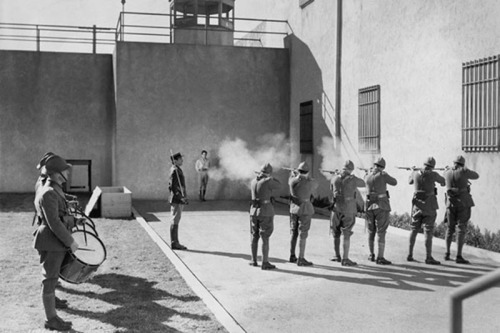 Bomber Harris, not a happy man (4)

One point the author, Roy Irons, makes very strongly in his excellent book “The Relentless Offensive”, is that at the beginning of the war, Bomber Command had some really dreadful aircraft in service. The Armstrong Whitworth Whitley had, according to pilots, “little inherent stability”. It was “heavy and unpleasant on the controls” and “fatiguing to fly”. It was “difficult to navigate” and the most subtle of all, “as a flying machine, the Whitley has a very good undercarriage”. The Whitley also flew habitually at around 30° below the horizontal which caused an enormous amount of drag and very poor fuel consumption because of it: 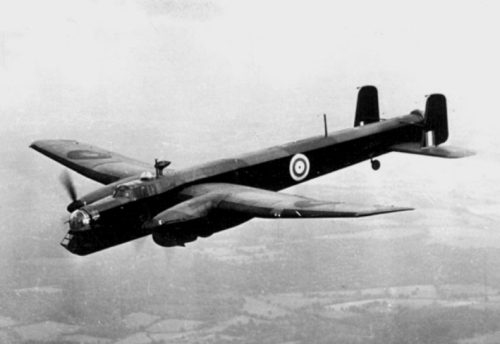 The Hampden was a shocker, and a very narrow shocker at that, with a fuselage only three or four feet wide. Members of the crew could not pass each other, the body of the plane was so tight: 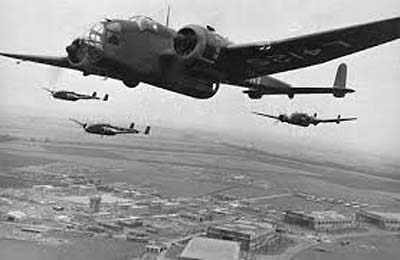 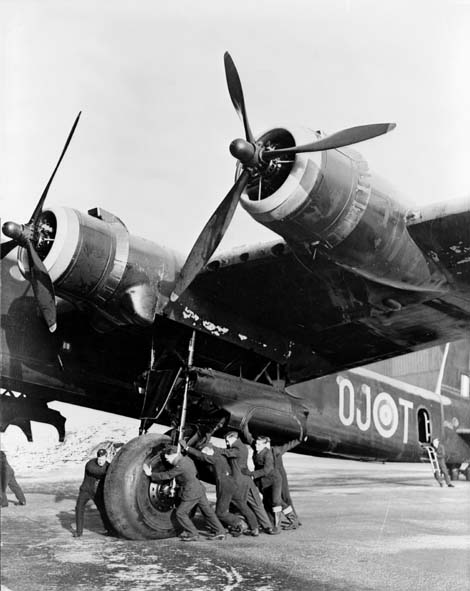 The Short Stirling had “some vicious flying characteristics during take-offs and landings”. On take-off it exhibited a dreadful tendency to ground loop, which usually involved a collapse of the incredibly complex landing gear and the subsequent detonation of the bombload which would take the fuel tanks with it. On landing the Stirling had an unfortunate tendency to drop the last few feet, rather like the abrupt delivery of a hundred thousand bricks off the back of a lorry. This too would cause a collapse of the landing gear and a fire. Notice in this crash landing, how the front of the aircraft is completely burnt out. That, of course, is where the crew would have been: 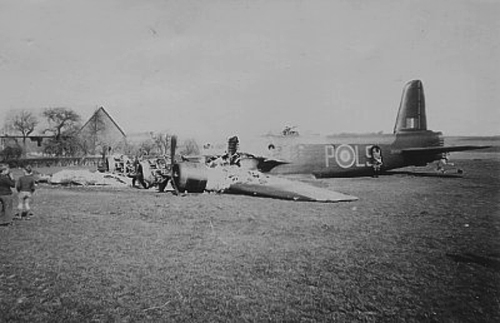 It should perhaps be said that the argument could be put forward that the Stirling might possibly have been a much better aircraft if the original design had been followed. It was meant to be essentially a land-based Sunderland with a number of other modifications. This might well have produced a decent aircraft, but the Air Ministry also demanded a number of “extras”. It had to be easy to convert the bomber into a troop transport and there was a maximum figure not to be exceeded for the wingspan. With those “add-ons” the Stirling stood no chance.

Harris, though, was in no doubt whatsoever. He laid the blame fairly and squarely at the feet of the  the people in charge at Shorts:

“We shall get nothing worth having out of Shorts until Oswald Short and a good many others in the firm are thrown out on their ears. Sir Oswald Short is just an incompetent drunk. There should be a wholesale sacking of the incompetents who have turned out approximately 50% rogue aircraft from Short & Harland Belfast.”

Don’t hold back, Arthur, tell it to them straight!! 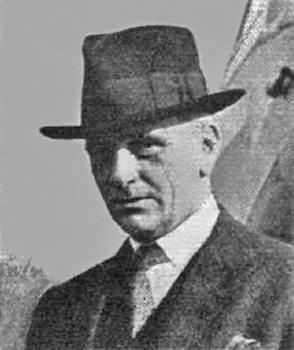 As it was, Short’s didn’t do a great deal in six whole years of war. In satellite factories at Aldergrove and Maghaberry near Belfast they produced just under 250 Stirlings with a further 600 produced at Austin Motors at Longbridge in Birmingham. Blackburn Aircraft in Scotland produced 240 Sunderlands and a number of Handley Page Herefords which was a variant of the Handley Page Hampden. Both aircraft were shockers.

Can you spot the difference? No, it’s NOT that one of them is in the sky.