There are apparently 75,000 collisions between cars and deer every year in the UK. This results in 450 injuries and, the latest figures allege, as many as twenty fatalities, both drivers and passengers.
It is not surprising that these traumatic events are so frequent. The United Kingdom has more than two million deer. This represents the highest total since Saxon times:

A few years ago, there was even a muntjac deer in our staff car park, right in the middle of Nottingham:

With over-browsing, deer cause enormous damage to our woodlands, and especially the birds who breed there. Too often deer consume the low vegetation which hides their nests and in general, they have a hugely negative effect on trees, shrubs, plants and flowers. This circular destruction of the bark will kill the tree: 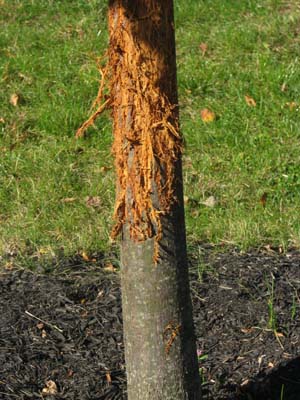 Recently a group of scientists suggested that half of England’s deer should be shot to help preserve our woodland landscape. Several species are actually foreign immigrants to our countryside, namely muntjac and Chinese water deer: 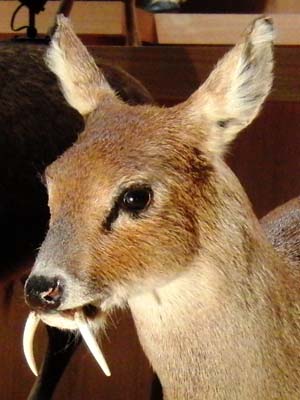 Another introduced species are Sika , which manage to get absolutely everywhere: 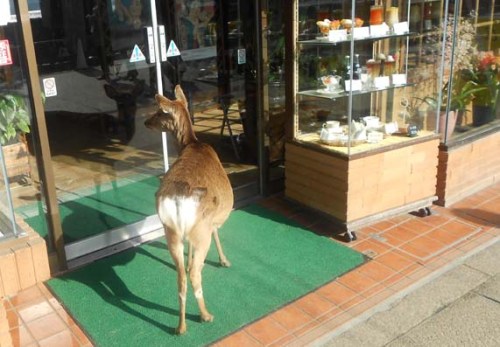 Overall, this enormous population of deer causes around £4.5m worth of damage to plantations and woods in Scotland alone. In England, it is not so much the trees which suffer, as the cereal crops, mainly in east and south-west England, where deer cause £4.3m worth of financial loss annually.
I can’t find out the overall cost of deer culling but I suspect, given our successive governments’ ability to spend other people’s money, it will be approximately £14.76 squillion pounds per year.
So let’s do it for free. Here in Nottinghamshire, let’s encourage petty criminals to clear off out of the city and live in groups in the forest, armed only with bows and arrows. They could wear green for camouflage and shoot the King’s deer on a regular basis.  And on Bank Holidays why not have great big barbecues for everybody to go to ? 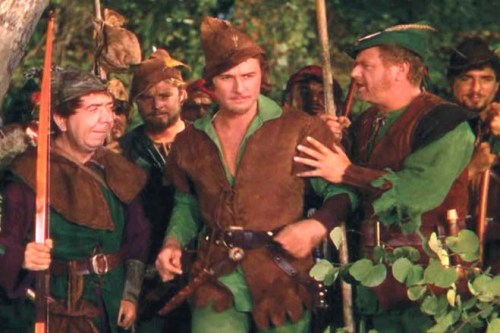 And bring back the lynx. We could have every single animal sponsored by the aftershave company. Lynxes are so shy you wouldn’t even notice them in our local woodland. 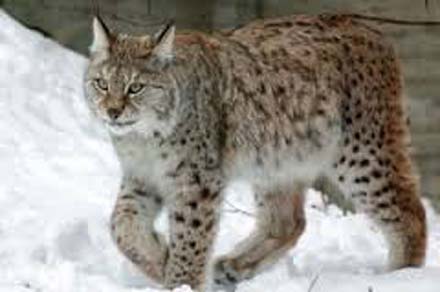 You would obviously notice Brown Bears, but so what? They eat deer by the freezer full. And furthermore, it would make enormous financial sense to have a great big bear eating the contents of all the rubbish bins in our country parks, rather than buying gigantic expensive specialised vehicles and paying humans to empty them. 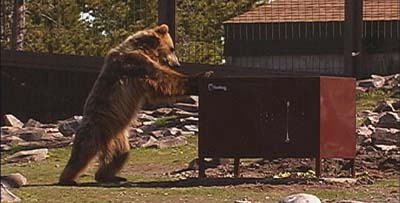 And think of America itself. What do they have in the woods that eats deer? I’ll give you a clue. It’s totally nocturnal. It’s very shy, especially given the fact that it’s nine feet tall. You would never see them and when you did nobody would believe you. All you’d see would be a gradual diminution in the deer population.

.
If that’s a step (or should I say, a Big Foot) too far, then let’s look back a little in time to the Middle Ages.
As recently as 1433, Sir Robert Plumpton was granted a piece of land in Nottingham by King Henry VI (Parts 1-3) if he could manage to blow his horn and thereby frighten and chase away all the wolves in Sherwood Forest. The piece of land he held in Nottingham was called “Wolf Hunt Land” (The clue’s in the name). In this way Sir Robert probably helped the wolf towards its eventual extinction which occurred, supposedly, during the reign of Henry VII (or Henry VI Part Four, as he was occasionally called).
At this time, back in early fifteenth century, wolves were limited to just a few areas, anyway. Some forests in Lancashire such as Bowland, the Derbyshire Peak District and the Yorkshire Wolds.
So let’s reintroduce them now. Two million deer to cull. Let Wolfy have a go. We know that they are harmless. Two deaths in North America in 129 years? Negligible!! They’d take care of the deer problem for us: 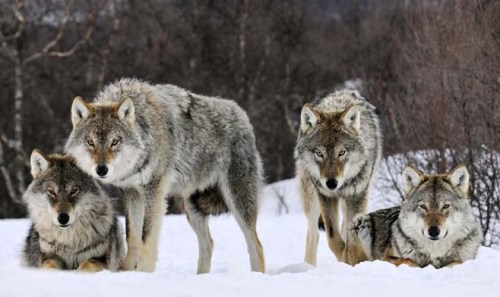 And what better sight than watching a pack of wolves  chase down a mountain bike rider over the romantic fells of the Lake District?

Or another pack pursuing quad bike riders in the New Forest? Perhaps a whole wolf family practicing their hunting techniques on somebody else’s badly behaved and loud mouthed kids.

Just watch this video, which comes, literally, from the “HeartOfTheWilderness”:

Or if you are a child, why don’t you let the Smithsonian Channel teach you to howl like a wolf? Ideal for relieving the monotony of those tedious car drives to school. Better even than the counting songs from French lessons: