A nasty German in Woodville, Part One, the Legend

I grew up in a small village called Woodville, just to the south of Derby, in more or less the centre of England. 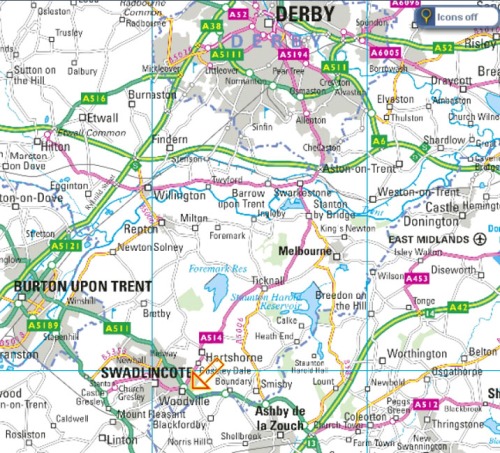 Derby was the home of an important Rolls Royce factory which made Merlin engines, the powerplant used by important World War Two aircraft such as the Spitfire, the Hurricane, the Mosquito and the Lancaster :

Shortly after the outbreak of war in 1939, steps were taken to protect this important Derby factory from enemy air attack. Immediate measures included the installation of a large calibre ex-naval gun on the western side of Hartshorne Lane, on some grassland near the public footpath, just beyond the site where the Dominoes public house was to be built shortly after the end of the war. Look for the Orange Arrow, my hearties!! :

This naval gun, probably taken from a scrapped old battleship, was extremely powerful and extremely noisy. Every time it was fired in practice, it made all the cups rattle on their holders in the pantry at my grandparents’ house, “Holmgarth”, at No 39,  Hartshorne Lane, some half a mile away :

One evening, probably in the second half of 1940 or early 1941, a lone Heinkel III bomber was caught in the searchlights over Derby. This spectacular event was the signal for the Hartshorne gun to fire its one and only shot in anger of the entire war :

Needless to say, the shot was a successful one and the bomber was duly brought down. Later in the evening, the Home Guard was to capture the pilot, who had descended by parachute from his stricken craft. Another slightly different version of the story relates how the pilot was dragged semi-conscious from the wreckage of his aeroplane:

The pilot was subsequently brought to Hartshorne and then marched up the hill to the Police Station at Woodville Tollgate. He did not speak any English but seemed happy to rave loudly to himself in German. This gentleman was seen by the locals as being a typically arrogant Nazi, who believed that the war was already won. He was even smoking the Player’s cigarettes which had been captured in such large quantities at Dunkirk in June 1940. I couldn’t find a picture of this particular gentleman in Woodville, but the world at this time was not particularly short of arrogant Nazis:

The pilot was locked in a police cell overnight. This may well have been to his benefit, as the mood of the angry passers-by as he had been brought up Hartshorne Lane had largely been in favour of lynching him. Indeed, the crowd’s evident hostility had done much to quieten the pilot’s rantings on the long slow walk up to the police station.

Here’s the police station, in Edwardian sepia. If you look to the right of the police station, (which is right in the middle of the picture), there is a very tall chimney which is now long demolished but which, then, was the chimney of the Outram’s factory which made sinks, wash-basins, toilets and such. To the right of that chimney is a very stout looking house with two chimney stacks. The further one of those two is the chimney stack for my Mum and Dad’s house, “Clare Cottage, built 1890”, They lived there from 1949-2000 and 1949-2003 respectively.

So what? you may ask. Well, I know that with a little bit of luck, my instructions will be followed by a lady from India, a gentleman from Australia, my American friends from coast to coast, and citizens, perhaps, of other countries across the globe, as well as my valued readers in this country. I wonder what the newly married couple would have thought of that, when they moved in to what was then a semi-derelict house,  more than seventy years ago. People across the whole world looking at their chimney stack :

At the time the Heinkel was shot down, Fred, as a young man of some seventeen or eighteen years of age, was still awaiting his chance to go into the RAF. He had therefore in the interim become a young member of the local Home Guard, or L.D.V. (the Local Defence Volunteers, or as Fred always interpreted the initials, “Look, Duck and Vanish”). Neither the Hartshorne Home Guard or the Woodville Home Guard ever had as many rifles as these mean looking killers, though:

This episode, before he went away into the armed forces, was in actual fact the only time that Fred was ever destined to meet a Nazi in person. Indeed, in later years, Fred was to say that this was the most dangerous moment he was to experience in terms of being directly face to face with the enemy. The even greater irony was that the very real threat of violence inherent in the situation was provided exclusively by the English civilians, and not by the Luftwaffe pilot himself.

Conceivably, this particular Heinkel bomber was the same one which was later to be put on display in nearby Burton-on-Trent in an effort to raise funds for the war. I have been unable to trace an exact date for this occurrence, other than the fact that, with the decreasing frequency of Luftwaffe raids on England, it was more likely to have occurred sooner rather than later during the conflict.

I was told this story about the naval gun more than once by my Dad, Fred. It seemed so far fetched that I began to think that he was suffering from false memories. I thought that perhaps my Dad had confused 1940 or 1941 with a very famous episode of the comedy “Dad’s Army”. But he hadn’t. Fifty or so years after I first met him, my oldest friend revealed that his mother, as a young girl, had been in that crowd at Woodville Police Station and had seen the arrogant Nazi smoking our Player’s Cigarettes.

Any excuse for a bit of Dad’s Army:

That moment has won more than one award as the funniest moment ever on BBC TV. 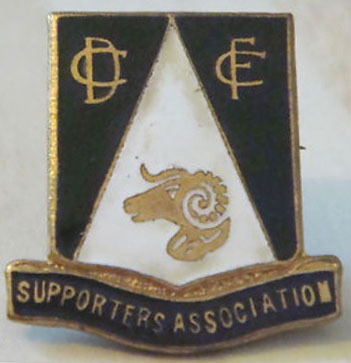 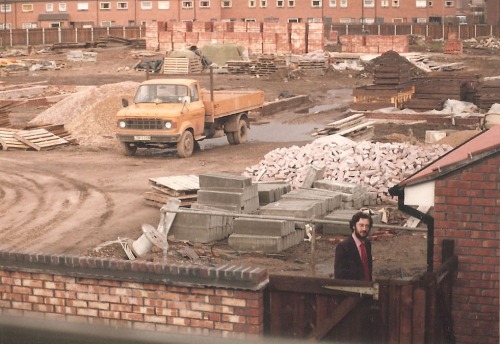 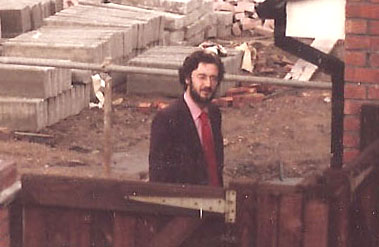