Last time, we were looking at the Supermarine Walrus amphibian which was used by the RAF in the second half of the Second World War: 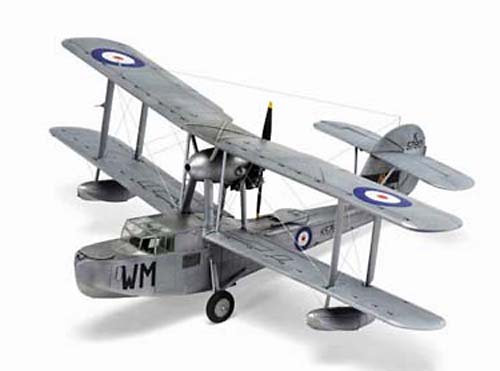 The Germans entered the war completely prepared for air-sea-rescue, of course. They had a dedicated arm of the Luftwaffe called the Seenotdienst and they made extensive use of the Dornier Do24, one of the comparatively few three engined aircraft used in the conflict:

The Dornier Do 24 was initially built for the Royal Netherlands Navy, the Koninklijke Marine, to be used primarily in the Dutch East Indies, today’s Indonesia. The Do24 was very much admired by the Seenotdienst so, in the words of Adolf Hitler, “I invaded the country and I stole all six of them.”

The Germans also made extensive use of the Heinkel He59 which was unarmed and painted white with big red cross: 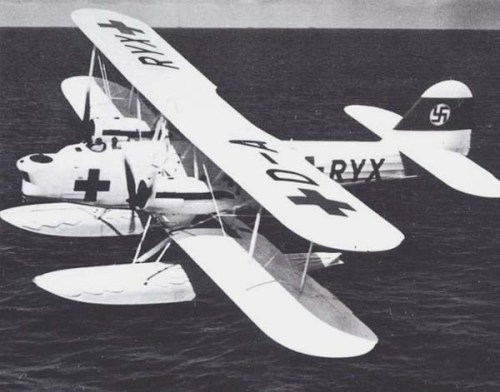 These floatplanes would cheerfully rescue both Luftwaffe and RAF aircrew. Nevertheless, there was a suspicion that the Germans might have been using their aircraft for proscribed reconnaissance activities and the RAF was told to shoot them all down in Bulletin 1254, which indicated that “all enemy air-sea rescue aircraft were to be destroyed wherever they were encountered”. In retrospect, perhaps a little disappointing as a decision.

The older He 59 was much more comparable with the Walrus, perhaps, than the Do24. This Heinkel biplane was much slower than the monoplane Dornier (and was therefore much easier to shoot down as part of Bulletin 1254). Both aircraft made extensive use of the invention of Ernst Udet, the yellow-painted “Rettungsbojen” or rescue buoys:

These buoy-type floats were highly visible and they held emergency equipment such as food, water, blankets, dry clothing enough for four men, and an assortment of board games including, of course, “Risk”, for the Germans. Here’s a cut-away of the buoy:

And here is a rare picture of Admiral Donitz about to begin his famous speech announcing that all the lighthouses of the world were now part of the Greater German Reich:

Shot-down airmen from both sides were strongly attracted to these buoys and many a desperate game of Schcrabble or Buckaroo was played to decide who had first dibs with the rescue buoys’ bratwurst or their assortment of smoked cheeses. British airmen and seamen called the Rettungsbojen “Lobster Pots” for their shape: 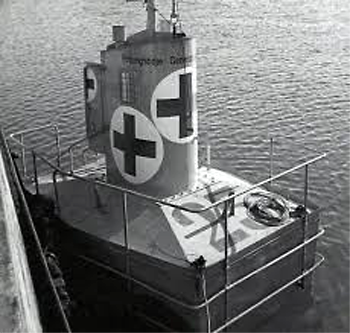 The rescue buoys also attracted the close attentions of many sailors in both German and British rescue boats. They would come to inspect the buoys from time to time and “friendly” downed airmen were rescued, but enemy aircrew automatically became prisoners of war.