This photograph shows the Officer Training Corps in 1915. You might be forgiven for thinking that they are all far too young to have left the school, to have immediately joined the army, trained as officers, gone to the Western Front and then been killed. But you would be wrong. Three of the twelve were to be lost, although this is a much better casualty rate than the rugby team of Boxing Day, 1913. On the other hand, though, it is still a staggering 25%!

Previously, I have written about the eventual fate of the teachers, and I have talked about the fate of the three boys who were destined to die in the Great War. This time I will try to fill in the gaps in our knowledge of the remaining nine boys, all of whom, you will be pleased to know, came back home from the  fields of Flanders.

If J.Marriott was John Marriott, then a wild guess says that his father, or perhaps even grandfather, may have been Frank Marriott, an Old Boy of the school who played First XI football from 1868 at least, and then played nine times for Notts County between 1872-1874. Frank’s own father was John Marriott, a victualler, of Warser Gate in Nottingham. In England, a victualler was the keeper of an inn, a tavern or a restaurant, who had a licence to sell alcohol.

G.R.Ballamy was the brother of Harold William Ballamy, the Captain of Football in 1912. The family lived at 17a, Gedling Grove, Nottingham. I will be writing a blogpost about Harold Ballamy in the future. This is the family’s house in Gedling Grove, which nowadays is just behind the northbound High School tram stop: 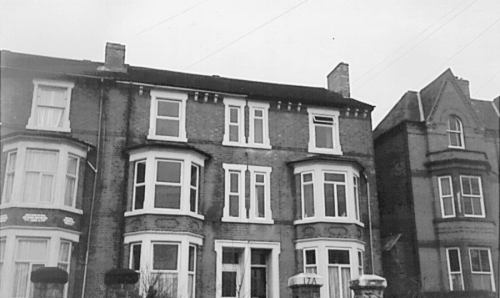 S.I.Wallis left the High School for the Army. He became a Lieutenant in the Sikhs/Pioneers and then a Captain in the same unit. He was also at various times, a Captain in the Indian Army Reserve of Officers and the King’s Royal Rifle Corps.

On May 29th 1915, William Donald Willatt was to play for the 2nd XI cricket team against Derby Grammar School 2nd XI. He scored five runs before he was out to Shellard leg before wicket. William was the school Fives champion on one occasion, a title also won by his brother, Victor Guy Willatt. Fives was a Victorian and Edwardian version of Squash, using a fingerless leather glove to bash a ball made of cork, gutta percha and leather. Not a game for softies! Here is the school Fives Court: 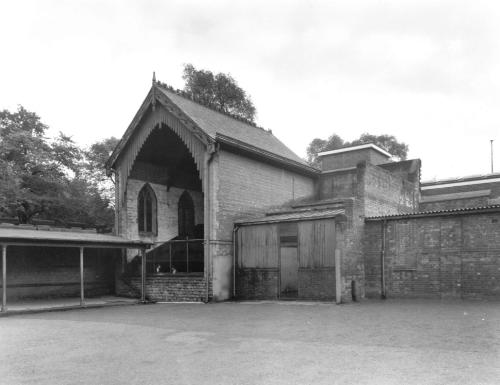 In partnership with a fellow pupil, Roy Henderson, William was later to start a school magazine called “The Highvite”. By Henderson’s own admission, it was “a pretty dreadful magazine”, and it only survived because it was financed by a variety of different adverts. The two enterprising young men went round to canvas support from local companies, shops such as Sisson & Parker and many other businesses. This screen capture shows the moment William was promoted to temporary Second Lieutenant in the Somerset Light Infantry:

At the end of the war, he could walk away: 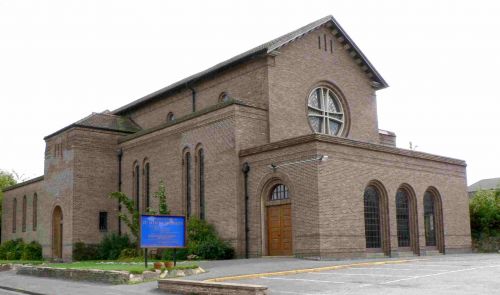 At this time, he was living in West Bridgford. In 1949, a W.D.Willatt became Vicar of Edwalton, a post which he held until 1955. This was presumably the same man.

G.James has proved difficult to trace and I have found out very little about him. In the 1912-1913 football season, he played at left half or right half for the 1st XI. The School Magazine reported that he:

“Plays a good defensive game sometimes, but completely fails to help the attack.”

A year later, in 1913-1914, he played more or less exclusively as a right half. We also have his contributions to what seems a heated debate about various matters of school discipline. At this time, the Prefects were more or less in charge of this aspect of school life:

“On April 29th 1915, at 4.15 p.m., all of the Prefects met to discuss a “revision of the rules of discipline”. With reference to Rule 18, G.James suggested that attendance at the Officer Training Corps be made compulsory. This was seconded by School Captain, L.M.Clark, and carried unanimously. J.H.Boyd, the Captain of School Cricket, then suggested that games also be made compulsory. Again, the motion was carried unanimously.”

Young James was obviously a young man well ahead of his time, because he then went on to put forward the idea that three afternoons a week should be allocated to games, or perhaps two to games and one to military training:

“Unfortunately, his idea was not supported, the rest of the Prefects thinking that this would involve a too sweeping reform of the school time table.”

Presumably, from a logistical point of view, even with perhaps four afternoons available, it would have been completely impossible for a large proportion of the High School, which now numbered almost five hundred boys, all to play sport simultaneously, at a sports ground designed to accommodate perhaps only a hundred boys at a time.

L.W.Foster, or Lancelot Wilson Foster, to give him his full name, remains a figure about whom I have discovered just unrelated snippets. Before the Great War, the Fifth Form, (Year 11), always used to play their football under cover, in the sheds tucked under the Forest Road wall. They were noted for kicking the ball against the wall in an effort to get past their opponent. The Fifth Form usually played mainly in the eastern half of the sheds:

This is the view in the other direction:

Among these fifteen and sixteen year old boys, Lancelot Foster was remembered as a particularly good full back. In 1915, Roy Henderson, of “Highvite” fame, arranged a summer camp at a farm near Grantham in Lincolnshire. Six boys, all members of his father’s church, went with him. They were all Prefects, and comprised three pairs of friends, Harold Connop and Francis Bird, Thomas Wright and Lancelot Foster, and John Boyd and Roy Henderson.

In the Great War, Lancelot Wilson Foster became Lieutenant Foster of the 9th Battalion of the Sherwood Foresters He survived the carnage and in 1929, was living in Buglawton Vicarage, Cheshire, presumably as the vicar.

Victor George Darrington, lived at “The Limes” in Eastwood. He was born on November 25th 1896 and entered the High School on September 23rd 1909, at the age of twelve. His father was William Darrington, the Schoolmaster at the School House in Eastwood. As such, he must surely have taught the young D.H.Lawrence, who was born and bred in this mining village, before continuing his education at the High School in September 1898. Perhaps William Darrington was the person who encouraged the budding young author to sit for a scholarship to the High School: 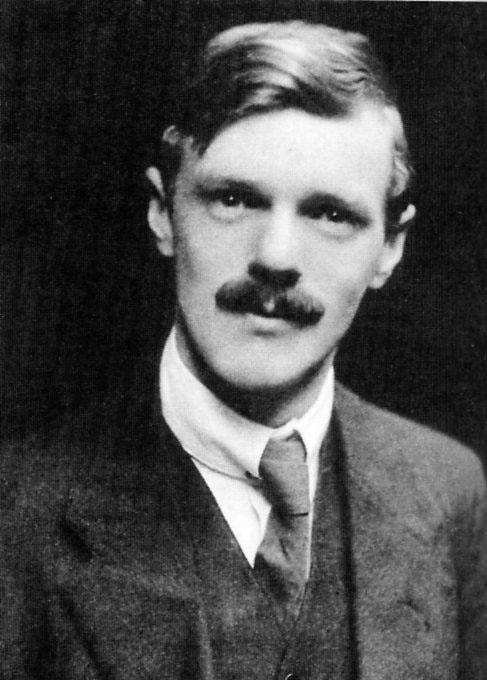 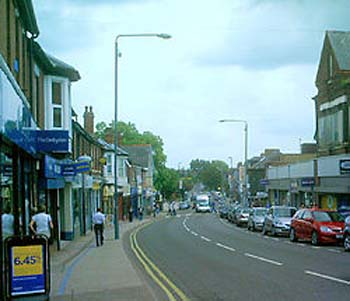 Victor was in the team which won the Football Eights competition in 1912. He was a regular member of the First Team in the 1913-1914 season, playing at either centre half or left half. The decision having been taken to switch from football to rugby in the Spring Term of 1915, the First and Second Football Teams played their last ever fixtures during the Autumn Term of 1914. At this sad time, Victor duly became the last High School Captain of Football until 1968. During this Autumn Term, Victor was also the Captain of the School.

Not surprisingly, perhaps, given that there was an imminent change of sport in the offing, neither of the two football teams seems to have had their hearts in it, and their results were very disappointing. The Nottinghamian does not appear to have listed any of the players who took part. After the demise of football, Victor was to become the school’s first Captain of Rugby, a post he was to retain during the following season of 1915-1916.

During the Great War, Victor became a Lieutenant, firstly in the Royal Field Artillery, and then in the newly formed Royal Air Force:

He was wounded on May 30th 1916, and then again on September 29th of the same year. He survived the conflict, and in 1922, was awarded a Diploma in Forestry at Oxford. Victor returned to Nottinghamshire, and in 1929, he was still living at “The Limes”, in Eastwood.

I will be writing a blogpost about Victor George Darrington in the future.