I have always loved Lewis Carroll’s two Wonderland books and I recently bought myself a copy of “The Annotated Alice: Alice’s Adventures in Wonderland and Through the Looking Glass” by Martin Gardner: 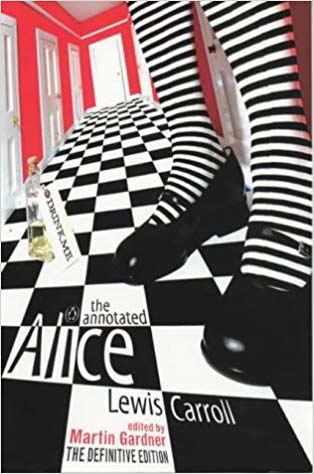 Each page of the book has a very wide margin, so that, as you read the original text of the story from 1865, there are explanations and expansions of the most interesting points.

The text of the book begins, for example, with quite a famous poem:

“All in the golden afternoon,

For both our oars, with little skill,

By little arms are plied.”

But “Annotated Alice” tells us that events took place on Friday, July 4th 1862, and that in the boat for the three mile trip were Charles Lutwidge Dodgson, the Reverend Robinson Duckworth, Lorina Liddell, Alice Pleasance Liddell and Edith Liddell. The two other Liddell sisters, however, were not present. They were Rhoda Liddell and Violet Liddell, who are mentioned only once in all of Carroll’s works.

The stories told during that golden afternoon include a second poem, this time about the Jabberwocky: 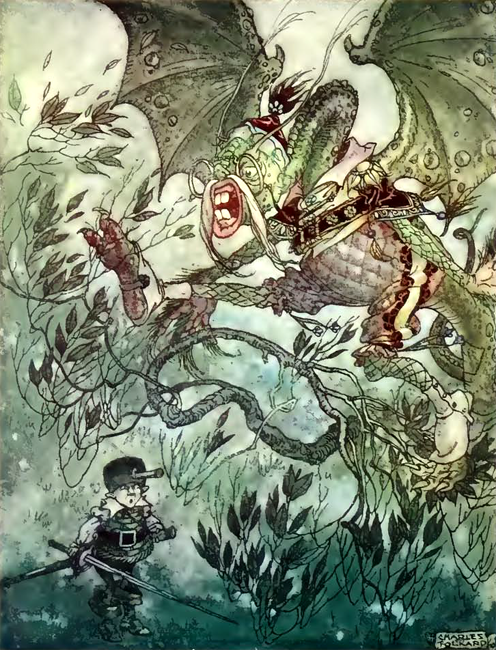 “’Twas brillig, and the slithy toves

Did gyre and gimble in the wabe:

All mimsy were the borogoves,

And the mome raths outgrabe.”

But did you know that “brillig” means “the time of broiling dinner”, that “slithy” was an amalgam of “slimy” and “lithe”, that “toves” are a species of badger, that “gyre” means “to scratch like a dog” and that “gimble” is “to screw holes” in something (hence “gimblet”) ?

Are you aware that “mimsy” is “unhappy”, that “borogoves” are an extinct kind of parrot, that “mome” means “grave and serious”, that a “rath” is a species of land turtle and that “outgrabe” means “squeaked”? Or at least, that is what Lewis Carroll said about those four lines and 23 words. Thanks to “Annotated Alice”, it makes a lot more sense now, doesn’t it?

And what did Carroll write about the Red Queen?

Well, according to “Annotated Alice”, he said that:

“I pictured to myself the Queen of Hearts as a sort of embodiment of ungovernable passion — a blind and aimless fury.”

Only sixty or seventy years later in the Oz books would L. Frank Baum achieve such a frequency of decapitations. And the Queen of Hearts’ dress is exactly the same pattern as the Queen of Spades’ dress. Was the illustrator, Tenniel, trying to establish a link between her and Death?

The Queen is perhaps even fiercer in black and white:

But in colour, she is magnificent:

Another favourite poem of mine is:

Agreed to have a battle;

Had spoiled his nice new rattle”

But “Annotated Alice” tells us that there may be a connection between this conflict and a famous musical battle between George Frederick Handel and Giovanni Battista Bononcini which, at the time, had been described as:

“Strange all this difference should be

And did you know that apparently at the time, during the 1860s, the drawings of the two boys were thought to  resemble strongly John Bull in Punch magazine?

And are the two boys identical or are they a mirror image of each other? Perhaps they have their names on their collars, and that’s the difference: 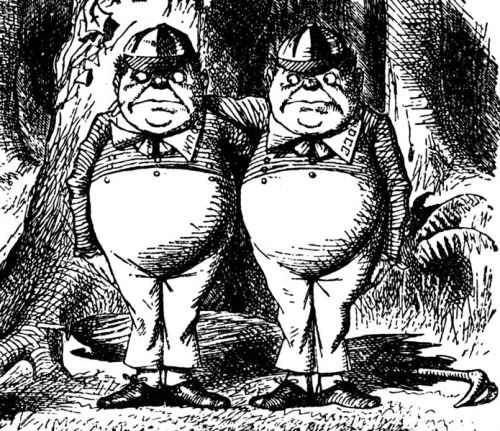 More extra details about your favourite Alice in Wonderland characters next time!