Tag Archives: The Fire: The Bombing of Germany

I thought it might be nice if I gave you an idea of some of the best books that I have read over the past few years so that you could consider them as a Christmas present for one of your friends or family. All of the books featured are, in my opinion, well worth reading. They are all available on the Internet. In some cases, what appear to be very expensive volumes can be acquired for a fraction of the cost, if you go to abebooks or bookfinder, or if you consider the option of buying them second hand. It ‘s something I have never understood, but with some very expensive volumes, it is even possible to buy them brand new at a very much reduced price, again, if you shop around.

The first book is quite unusual since it is an attack by a German writer on the dastardly deeds of Bomber Command, and presumably, by extension , on the American Eighth Air Force. Jörg Friedrich obviously remembers very well Dresden, Hamburg, Darmstadt, Wurzburg, Pforzheim and so on. He seems to have forgotten the people who invented the indiscriminate bombing of innocent civilians at places such as London and even York Minster in WW1, and then Guernica, Rotterdam, Warsaw and so on. And there are some factual errors.

Overall the book reminds me of the verdict of a German friend of mine about the generation before his own:

“They start a war and then moan about losing it.”

Even so, “The Fire: The Bombing of Germany, 1940-1945” by Jörg Friedrich and Allison Brown is quite an intriguing book. Some of the things he says made me quite angry but perhaps because many of them are things that I have worried about myself, but loyally continued to defend.

A nice contrast is the book by two German academics, Sonke Neitzel and Harald Welzer, entitled “Soldaten”.  They examine the dreadful, appalling things done by ordinary Germans in World War Two, and then look at whether the Americans in Vietnam or Iraq could have done the same. A really good book, which does not leave you feeling too good about your own morality.

In my previous selection, the best book was either “Subsmash” or “Bombing Germany : the Final Phase”. In this second selection, the book we should all read and take in is “Soldaten”: 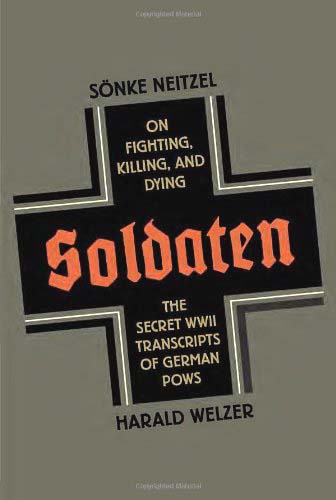 It’s quite a contrast with our next book, “Lady Chatterley’s Lover” by DH Lawrence. There are a lot of different editions of this masterpiece, and I would recommend the one which has a preface or introduction by Doris Lessing. Do NOT be tempted by an edition “with extra new added pornography”. In any case, the book is also about WW1 and about the disappearing English landscape.

As you can see, the cover of the best edition has the gamekeeper putting his trousers back on, or, more likely, taking them off yet again.

Perhaps even better to read are Lawrence’s “Selected Stories”. You get 400 pages of his best short stories, including my own particular favourite “The Horse Dealer’s Daughter”.

Next on the list is “Black and British: A Forgotten History” by David Olusoga. This book should be a compulsory read in every secondary school in England. How much really interesting history has been hidden away because of prejudice? Black Africans on Hadrian’s Wall, a black man killed by a white mob in Liverpool and the fight to abolish slavery, among many other long avoided stories.

Four books I haven’t read yet, although I’m certainly looking forward to them. Firstly, “Lend-Lease And Soviet Aviation in the Second World War” by Vladimir Kotelnikov. I have looked at the pictures of the P-39s and P-40s with red stars on them, and the Short Stirling, but I haven’t read the text yet. If it’s as good as the illustrations, it will be brilliant.

I haven’t read this book either, although I have read the companion volume about cricketers killed in World War One. It’s “The Coming Storm: Test and First Class Cricketers Killed in World War II” by Nigel McCrery. I have no reason to believe that this book will be anything other than extremely well researched and an interesting read.

Next book in the “In Tray” is  “Mettle and Pasture”, the story of the Second Battalion of the Lincolnshire Regiment during WW2, written by Gary J Weight. I am hoping it will be a great read. It has certainly got some excellent reviews on amazon.co.uk. 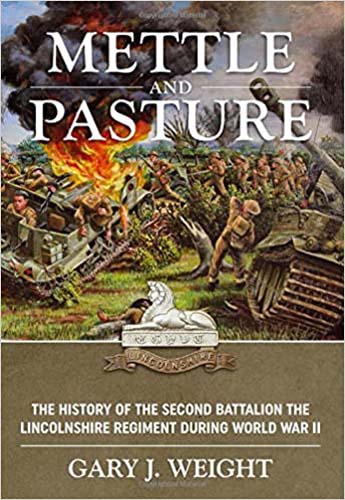 The last book in the “In Tray” is called “Luftwaffe over America” by Manfred Griehl. The author examines the Germans’ very real plans to bomb the eastern seaboard of the United States during the Second World War,  using their Me 264s, Ju 290s and 390s and the Ta 400 from Focke Wulf. As a little boy, I was always intrigued by the fact that, on a trial flight, a Ju 290 supposedly got within ten miles of New York.

That’s all for now. Third and final part next time.

Tagged as 1940-1945, Black and British, D.H.Lawrence, Lady Chatterley's Lover, Lend-Lease And Soviet Aviation In The Second World War, Luftwaffe over America, Mettle and Pasture, Selected Stories, Soldaten, The Coming Storm, The Fire: The Bombing of Germany