Edward Archer Thurman was born on October 20th 1885. He was the younger brother of Arthur John Thurman, the Notts County footballer who had died in the Boer War at Boshof on May 30th 1900. The Boer War was fought from 1899-1902 in South Africa, fuelled by the British greed for the diamonds and gold discovered in the Boer states.

Edward’s elder brother, Arthur, though, was not killed in action. Like 23,000 others, he died of “enteric fever”, now known as typhoid.

The Thurman brothers’ father, Edward, though, turned out to be a much more difficult man to pin down. In the 1885 Directory there are two Edward Thurmans. One lived at the “White Lion” public house at 28 Hollow Stone, in the Lacemarket area of the city and the other had a chandler’s shop on Mansfield Road. In another 1885 Directory, Edward Thurman was a victualler at the White Horse in Barkergate. Or, he was a maltster in Sneinton Dale with a home in Barkergate, again in the Lacemarket.

A chandler makes or sells candles and other items such as soap. A victualler sells food, alcohol, and other beverages.

Edward Thurman junior entered the High School as Boy No 1460, on January 21st 1896, at the age of ten, and left at Midsummer 1901, along with DH Lawrence.  According to the School Register, the family was living in 6 Notintone Place in Sneinton, and the father worked as a maltster, an occupation defined as a “person whose occupation is making malt”. In actual fact, he turns grain into malt which is used to brew beer or to make whisky. His business premises were in Sneinton Dale, as the second 1885 directory stated.

Notintone Place, incidentally, was the birthplace of the founder of the Salvation Army, General William Booth: 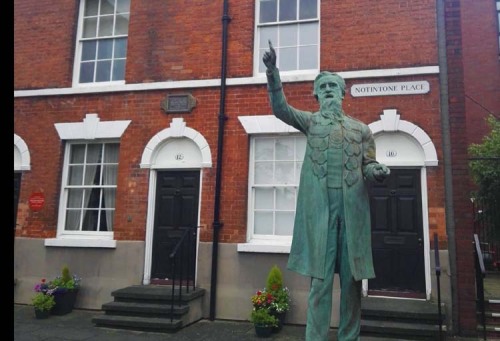 According to the 1894-1899 Directories though, Edward Harrington Thurman lived at 26, rather than 6, Notintone Place. And yet another Edward Thurman was the manager at Gladstone Liberal Club at 20 St. Ann’s Well Road.

Like his brother, Arthur, Edward junior was an excellent footballer and played at least 32 times for the High School, scoring a minimum of 12 goals from midfield. He won his First Team Colours and the School Magazine, “The Forester”, said he was a player who “Dribbles well and passes unselfishly”. 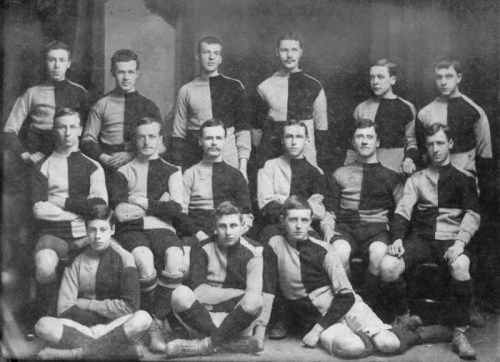 Edward was usually a No 7, a right winger, but he sometimes played as a No 8, an inside right. Lincoln Lindum would eventually become the professional club, Lincoln City.

In 1900-1901 Edward appeared in what was arguably the School’s best ever football team. Their record was 16 victories and two draws in 25 games with 145 goals scored and only 45 conceded.

Interestingly, in 1899-1900, Edward was in the Lower Fourth, the same form as DH Lawrence. Of the 39 boys, Lawrence finished fifth and Edward finished 36th of the 36 who sat their exams.

By now, the family had moved to No 2 Belvoir Terrace, which was in the same general area of Sneinton. By 1904 the family had returned to Castle Street. Mr and Mrs Thurman are believed to have spent their last years in Selby Lane in Keyworth.

Edward left Nottingham and went to work in Uttoxeter (always pronounced by the real locals as “Utchetter”, rather like ”Ilkeston” and “Ilson”). 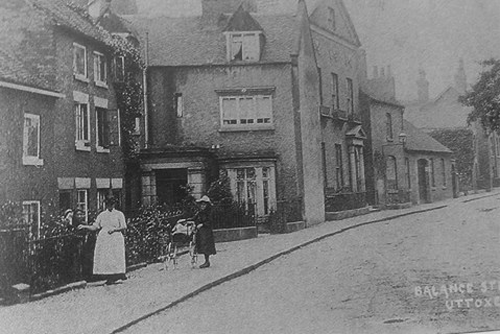 He worked initially in the corn business as a clerk, although he eventually became a commercial traveller. 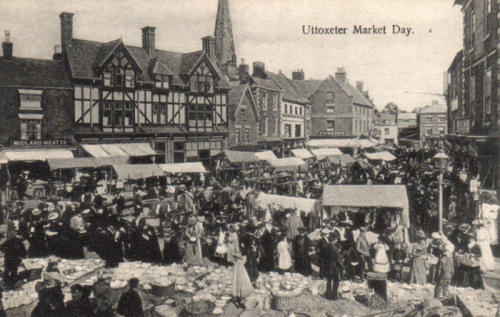 Despite such a good job, Edward joined up when the Great War broke out in 1914. Like his brother, Edward volunteered to preserve King, country and above all, democracy, the right to vote, enjoyed at the time by a massive 14% of the adult population. Edward was in the South Nottinghamshire Hussars and he was killed on December 3rd 1917 in Palestine. He was buried in Ramleh War Cemetery, not the only Old Nottinghamian lying there among almost six thousand casualties of war. News of Edward’s death was received in a way which is poignantly reminiscent of his brother, Arthur.

“He was for several years a member of the Uttoxeter Town Cricket Club, being popular with all who knew him. His many friends will be sorry to hear of his death.” He was 32 years old. 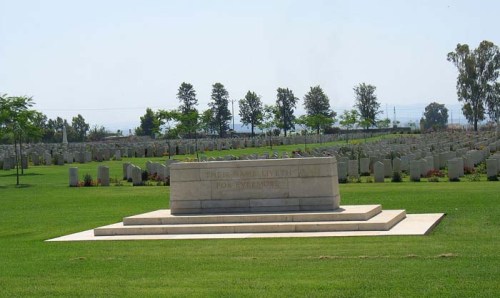