When war broke out in September 1939, Fred took advice from his father, Will, about which of the three services to join. Will, of course, had been a veteran of the First World War, and was well aware that, until conscription was introduced, there was a free choice of where to spend the conflict, with, hopefully, a maximised chance of survival.

Will told Fred not to join the Army, as he himself had fought on the Western Front, and had seen the horrors of Passchendaele, followed by a period on active service in the area of the Somme battlefields:

Will knew all too well that for the army commanders, the men remained just cannon fodder, whose eventual fate was of little importance to them, as they ate and drank in palatial comfort, miles behind the Front Line. The ordinary soldiers were just a list of names on a war memorial : 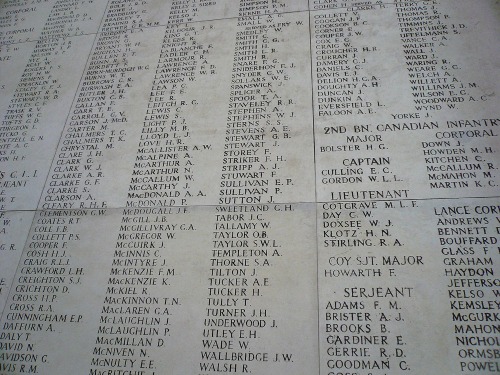 Will could not recommend the Navy either, because, if your ship were sunk, it would take you far too long to die, floating around in the water, with little real prospect of rescue. Don’t miss the shark : 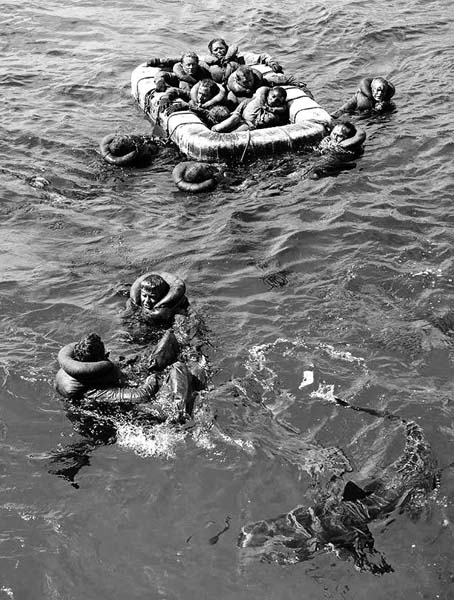 Instead, along with thousands of other First World War veterans, he recommended to his son that Fred join the RAF. Will had seen the aircraft of the then Royal Flying Corps, flying high over the trenches. He knew that when they died, it was usually by burning, a relatively quick, and clean, way to go:

The supreme irony, of course, was that Fred was eventually to find himself in the ranks of Bomber Command. Throughout the entire war, their casualty rates were destined always to bear direct comparison with those of the British Army on the Western Front during the First World War, and even with the appalling rates of carnage of specific battles such as Ypres or the Somme.

Fred knew that his mother was extremely worried about her only son when he was away in the RAF. Like many thousands of his colleagues in Bomber Command, therefore, he told her that he had a totally safe job, working from nine till five in the quartermaster’s stores, doling out uniforms to new recruits. Fred’s father, however, who had experience of the sharp end of war, was fully aware that Fred was in aircrew, and of the risks that that involved:

Fred had very dismissive and, at the same time, modest, memories of what rank he had held in the RAF. He always insisted that he had been an AC2, an “Aircraftman Second Class”, but that he had once been promoted to the lofty heights of Lance Corporal, so that he would have the authority to guard a pile of boxes.

Fred’s parents had a photograph of their beloved only son, taken by Wilkes of Elgin:

They kept the photograph on the piano throughout the conflict, and indeed, long afterwards, as, perhaps, some kind of thanksgiving for his safe return. Fred’s mother and father had tried so hard to have a baby, with things going wrong with a number of pregnancies before Fred was born. And he was an only child.

Almost seventy years later, Fred’s granddaughter was to make a public appeal for information about her grandfather’s time in the RAF, and for just a few hours, this particular photograph was to be the main attraction on the RAF’s Facebook page: