Last time I was looking at old football club badges from the late 1950s. Many clubs back then were using the heraldic coats of arms of their town or city. A fair proprtion of the rest, though, were using animals. Bolton Wanderers and Dumbarton in Scotland are presumably slow and ponderous yet very powerful in their play:

Derby County have a ram because of a folk song called “The Derby Ram”: 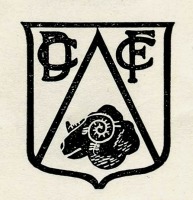 I was going to insert a link here to let you all hear the song that we sang in our junior school classes near Derby all those tears ago, but I decided not to. If you go to YouTube and search for “Derby Ram folk song” you’ll soon see my problem.

Leicestershire County Cricket team have a fox because the county was full of very keen foxhunting men and women and, indeed, children:

Preston North End make use of the Paschal Lamb. “PP” stands for “Proud Preston”, who, in the 1880s, managed by the now long forgotten William Sudell, were the greatest team in the land: 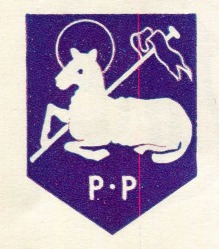 Stoke City have a strange badge which, to me, features a humpless camel. Intrigued, I looked it up and it is indeed a camel. The Stoke City camel comes from an original camel featured on the badge of the nearby town of Hanley. The Hanley camel comes from the coat of arms of John Ridgway, the first Mayor of Hanley. Ridgway had his very own camel on his shield because Stoke is the home of a huge pottery industry. Indeed, Stoke City’s nickname is “The Potters”.  Anyway, John Ridgway included the camel in honour of the land of origin of the pottery industry, Egypt. You couldn’t make it up. 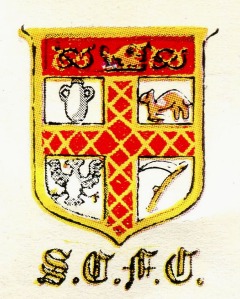 A few clubs have badges with birds on them. The first is West Bromwich Albion who were nicknamed “The Throstles” years ago:

A “throstle” is a dialect word in the English Midlands for a song thrush, turdus philomelos. 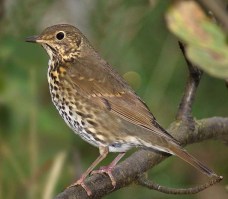 Albion play in blue and white stripes so that isn’t the reason for the bird. I will quote Tony Matthews, the club’s official historian:

“The club was formed in 1878 as ‘The Albion’. In 22 years the team was based at five different grounds before settling at ‘The Hawthorns’ in 1900. The new ground brought with it a new nickname ‘The Throstles’, as the song thrush was a commonly seen bird in the hawthorn bushes from which the area took its name.”

This is the effigy of a ‘throstle’ at the current WBA ground in West Bromwich. It has been rescued after renovations and is about five or six feet high. 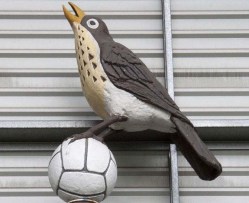 Sheffield Wednesday came from a district of the city called “Owlerton” and played when it was half day closing on Wednesdays, rather like the Welsh team, Abergavenny Thursday. 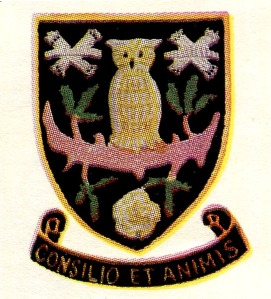 Norwich, nicknamed “The Canaries”, play in green and yellow, the latter colour always strongly denied as merely representative of the city’s main employer, Colman’s Mustard. An image search might persuade you otherwise, though: 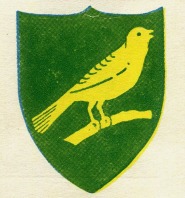 Other teams have particular birds on their shields because of the colour of their shirts. Cardiff City are the Bluebirds, Swansea City are the Swans, Bristol City are the Robins, and both Notts County and Newcastle United, in black and white are the Magpies:

And here’s one of Notts County’s many different badges, In this case, it’s the Ladies’ Team:

Flowers are often used as badges but hardly ever in football. In rugby this is the emblem of the Blackheath Club. It shows a piece of black heather, as a kind of pun:

In Heraldry such rib ticklers are called “canting arms”. Here are the shields of families called Shelley, Wellwood and Keyes:

This is a Spanish effort representing ‘Castile and Léon’ or ‘Castle and Lion’.

The arms of the city of Oxford seems to have been heavily influenced by student drug use in the 1960s: 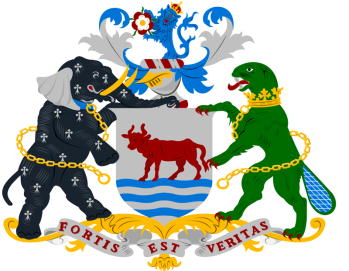 London Irish uses the Irish national plant and the two cricket clubs, Glamorgan and Lancashire, use the daffodil and the red rose respectively:

Next time, badges with a story behind them.