The Bristol Beaufighter at Hendon

I went on a trip to RAF Hendon Museum a few years ago, and I intend to share one or two of the more interesting aircraft with you over the months. Hopefully I will only be using my own photographs, so here are my excuses first. The Museum is really quite dark, so that the daylight or bright artificial lights have no effect on the (poor quality) Second World War paint. The museum is also very cramped, so try as I might, I could not get all of the aircraft into the shot at once. 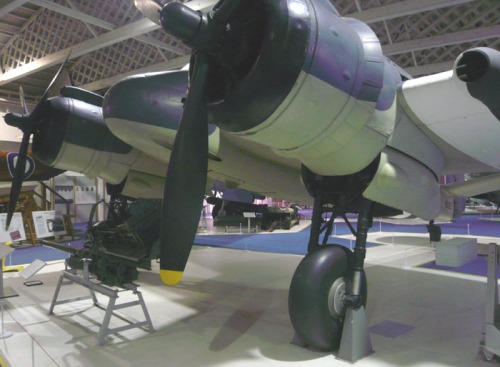 This particular aircraft is a Bristol Beaufighter Mk X. The Beaufighter flew for the first time on July 17th 1939 and the RAF received them in April of the following year. They were used as night fighters with airborne interception radar or, like this aircraft, as strike fighters, especially in Coastal Command. Armed with a combination of four cannons in the nose, machine guns, bombs, rockets or torpedoes, they were a formidable opponent. Production reached 5562 aircraft and they equipped 52 squadrons of the Royal Air Force: 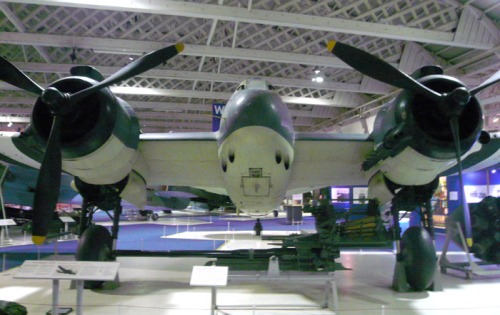 This particular example, RD253, BF-13 was built in October 1944 at Old Mixon in Weston-super-Mare. It has Bristol Hercules XVII engines and is one of a batch of 500 Mark Xs built there between September 1944-August 1945.

It is painted in Coastal Command colours of dark grey on the top, and underneath a much paler grey. The black and white stripes are there to undo all the work of the camouflage designers and painters in an effort to prevent friendly fire shooting the aircraft down. This could be a huge problem as one or two British anti-aircraft gunners apparently had Iron Crosses for five kills or more. 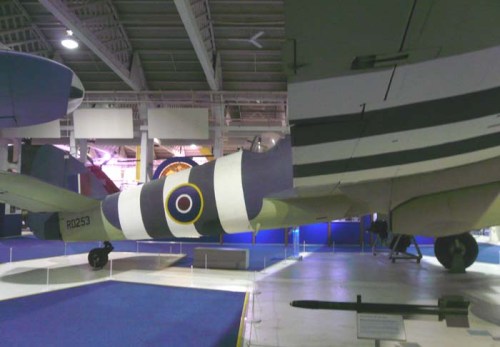 This aircraft initially went to 19 Maintenance Unit at St Athan in Glamorgan on November 2nd 1944.
On March 7th 1945, it was sent to RAF Pershore in Worcestershire. 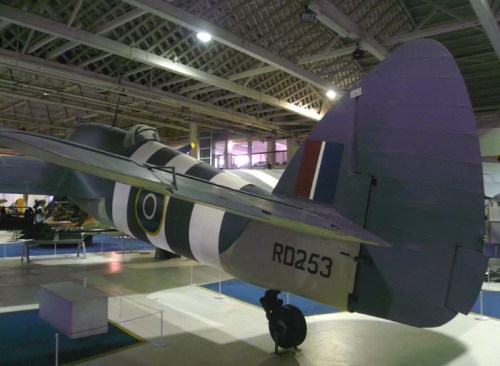 Ten days later, on March 18th 1945,it was one of sixteen sent to Portela near Lisbon for use by the Portuguese Naval Air Arm, the Forcas Aereas da Armada. The aircraft was taken out of service in 1949 and then parked in the open in front of the Instituto Superior Tecnico.  It came to the Hendon Museum via South Africa, Bicester in Oxfordshire and  St Athan in Glamorgan, and was restored by 1968.

Overall, the Beaufighter strikes you as a very, very powerful and heavily armed aircraft. There must have been a lot of young men who really enjoyed the chance to fly it, armed to the teeth, with the sole aim of destroying anything belonging to the enemy that moved.

24 responses to “The Bristol Beaufighter at Hendon”