One fascinating thing which I found recently were all those old books which have been transcribed onto DVDs. They are sold on ebay in their hundreds. Some are not necessarily what I would want to read “Masonic Library, 430 Freemasons Books”, “Ukulele & Banjo, 29 Rare Vintage Books” and “Taxidermy, Vintage books on DVD – Stuffing and Mounting Animals, Birds, Insects and Fish”
I was happy to buy though, “76 Books, Derbyshire, Nottinghamshire, Mickleover, Headon, History Genealogy DVD”. It contains a lot about the history of Nottingham although the rest was not of much interest to me. That DVD, and another very similar one about Nottingham and Nottinghamshire, have provided me with a lot of information about the past. Above all, they have allowed me access to a number of different directories of Nottingham. So far I have, for example, the Pigot’s Directory for Nottingham for 1828 and 1841, the White’s Directory for 1832, 1864 and 1885, the MacDonald’s Directory for 1931, Slater’s for 1847, Wright’s for 1879 and Kelly’s for 1881, 1891, 1904 and 1928:

They are interesting in that they all tend to contain slightly different things, but basically they list all of the tradespeople in Nottingham, all of the business premises in the city, and the names of the occupants of all the different houses in all the streets of Nottingham.

So you might find a list of the city’s streets in alphabetical order, or all the people similarly listed, while other directories will provide the names of all the engineers, all the grocers. all the bicycle repairers and so on. It means that if you know Uncle George was a restaurant owner, you can often find out both where his business was and where he lived. And that may point you to the right place in a census. Very useful if you’re trying to trace your ancestors.
The directories also enable you to trace some of the changes in the use of individual buildings, buildings that you may walk past every day but don’t know the history of. One example would be the two premises on Derby Road, up near Canning Circus. One is called “Quality 4 Students” with the slogan “Top 365 Student Homes” : 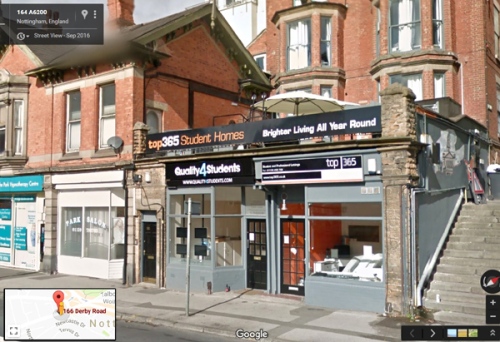 Next door, painted all white, there is what is now the “Park Hair Salon”. Here’s a view from further back:

In 1928, the Park Hair Salon used to be the Headquarters of the Robin Hood Rifles, a local infantry regiment:

They used to have some wild, wild parties: 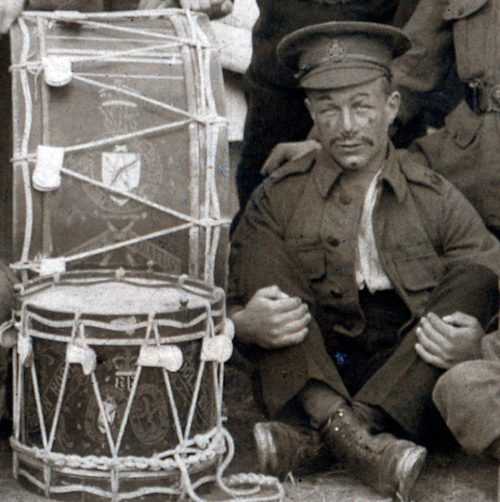 After that the building was derelict for a while and then it became “Butcher Brothers, House Furnishers”.

By 1928, both buildings had become the shop of AR Warren & Son, Grocers. I find all that fairly fascinating but more to the point perhaps, the directories also enabled me to uncover the humble beginnings of Alfred Highfield Warren, who was the “& Son” of “AR Warren & Son” mentioned above.  Alfred was an ex-pupil of Nottingham High School, and thanks to the High School, he was to move from being the son of a grocer to being the holder of an Open Exhibition at Worcester College, Oxford, a Nottingham City Scholarship to Oxford University of £50 per annum, and from the High School, a Sir Thomas White Senior Exhibition.

On Mansfield Road, there is nowadays the “A & D Dental Practice Ltd” and the “City Chicken Cafe”. In front of the Dental Practice is a bus stop used by hundreds and hundreds of High School boys every day…

And here is the City Chicken Café, sworn enemies of Dixy Chicken just two doors away and probably not too much in love with the Istanbul Off Licence next door. 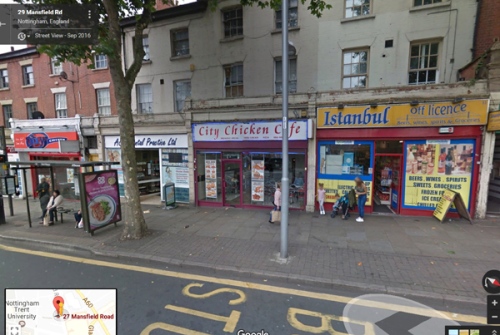 But in 1928, these two businesses, the “A & D Dental Practice Ltd” and the “City Chicken Cafe”, were the premises of LW King, a Draper who lived there with his family. That family included his son William King, a High School pupil, who became a pilot in the RAF in World War II. Alas, poor William was to die, with all his colleagues, in a catastrophic air crash in a Handley Page Hampden. Here is ‘Before’: 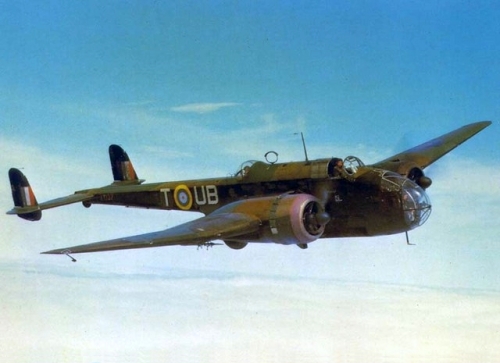 And here, far too often I’m afraid, is ‘After’

How many times have I walked or driven past those two businesses, but without realising they were previously the home of a young war hero? And how often do we do that in our everyday lives?