The last RAF post was about an Avro Lancaster III of 61 Squadron, serial number DV 232, squadron letters QR-K which went for a swim in the River Trent near East Stoke on September 6th 1943:

They had taken off, one of many, at 2015 on September 5th 1943 from RAF Syerston to go and bomb Mannheim. This was a huge operation and involved 605 aircraft including 299 Lancasters, 195 Halifaxes and 111 Stirlings. Of the 605 aircraft, 34 were lost, some 5.6% of the attacking force. The trip to Mannheim was a very, very, costly one for the young men of Bomber Command:

The people in Mannheim weren’t exactly dancing in the shattered streets either. The Pathfinders did their job perfectly, marking a target completely free of clouds as if it were a training exercise. The bombs fell exactly where they were scheduled to fall. We have very few facts and figures about the exact damage done. This was because the raid was so severe that the report gathering and recording process broke down completely. Indeed the German records use only one word about this night. That word is “catastrophe”. 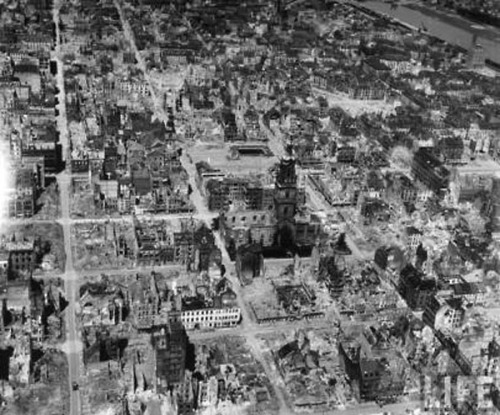 Around six months later, during the night of March 24th-25th 1944, pretty much the same men who had been the crew of QR-K in the River Trent, but were now part of 97 Squadron, were compelled to ditch into the Channel after their 16th trip to Berlin. Fortunately for them, they were picked up by a German E-boat and became prisoners. Only poor Sergeant Robson, the flight engineer, still only 20 years old, perished. He was drowned in the very severe impact and his body was never found. The crew that day was Todd, Robson, Fuller, Duvall, Housley, McCloskey, Cartwright: 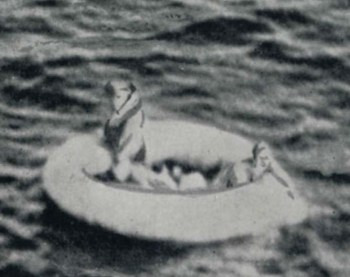 One man lost a leg and several of them were quite badly injured. But as far as my researches tell me, they all survived the war.
I don’t know though, about some of the others….people who made just occasional appearances in the crew’s line up, such as Patrick , or Debnam, for example. I have no initials and too many dead Debnams to make even a wild guess about him.

I might have found a match, though, with Frederick Cyril Shergold of 207 Squadron. On September 22nd 1943, at the age of only 21, Frederick was killed during a raid on Hannover. Like the Shergold on September 6th 1943, he too, was a navigator, so I strongly suspect he may have been the same man who went into the River Trent on that “All’s Well that Ends Well” night . Alas! More than one man called Shergold was killed in the RAF during this greedy war to be totally, absolutely certain.