On the front and back covers, Victor would always have the story of a brave man, or a number of brave men. I can well remember this edition of Victor, Number 25, arriving at our house. It tells the story of the courageous South African, John Nettleton VC, who led a brave daytime attack on the MAN Diesel works in Augsburg. Seven of the Lancasters were shot down, and at least 37 men were killed: 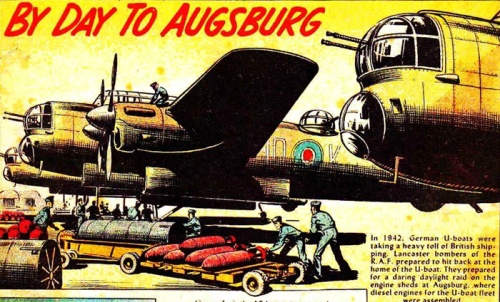 The drawings are seldom completely regular in Victor. The top of the next row is often visible in the frame above.

Here is the next frame, thumbs up, and everybody happy to set off on their desperate mission: 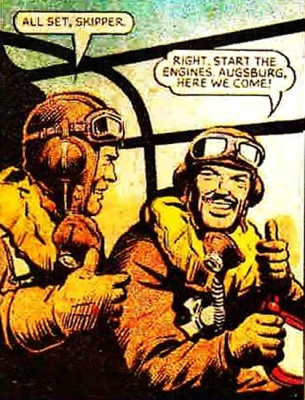 The bombers flew low and this is emphasised by the old cliché of horses being frightened. Sometimes, hats are blown off, but not today: 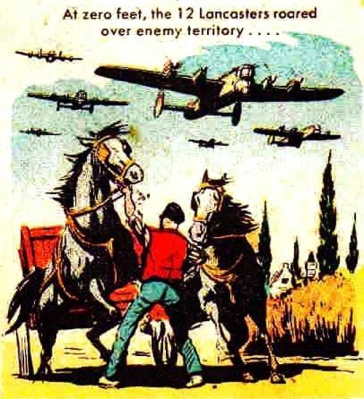 The agility of the fighters compared to the bombers is often emphasised by the different angles at which the two aircraft are flying. The sinister nature of the German fighter pilot is underlined by his lack of kindly eyes. Instead his evil eyes are masked by his goggles. Nobody in the RAF ever covers his eyes with his goggles: 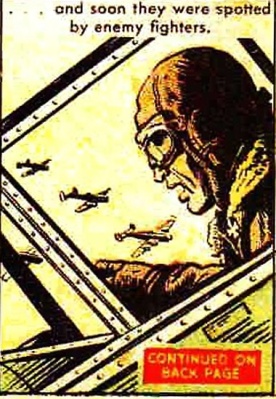 In real life, operations like this one were always costly in lives. And a bomber pilot could take more than two years to train and it was an extremely expensive process. The story, though, makes the reader feel better by mentioning heavy German losses among the fighter pilots. That ignores, however, the fact that each bomber had seven men in it, and on average, when there was a terminal situation in a Lancaster, fewer than two of that seven would survive. And the fighter pilot, if he were shot down, would parachute down onto German soil. With luck, he could be back flying only three or four hours later: 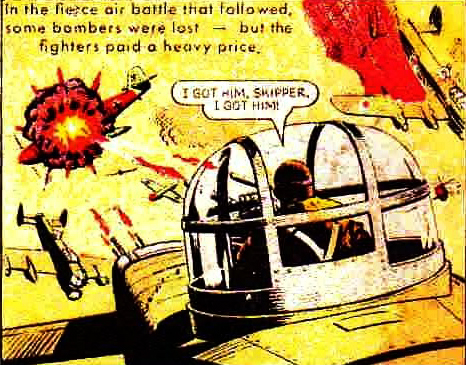 This is the worst bit of a raid, flying straight and level just before the bombs were dropped: 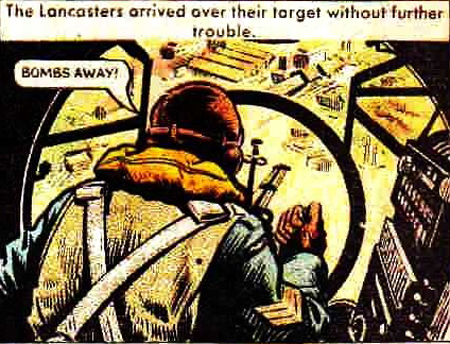 This type of attack seldom had great effects and the effects it did have were seldom long lasting. The American bombing of the ball bearing works at Schweinfurt and of the oil wells at Ploesti in Rumania would fall into this category and people still argue about the Dambusters raid: 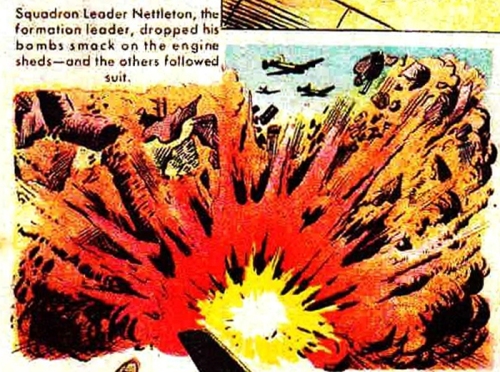 A thousand feet is not very high. And one or two of those Lancasters at the back seem to be morphing into B-24 Liberators: 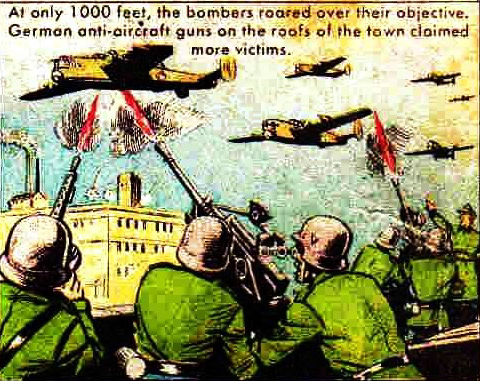 It would have been one hell of a long way back, with, presumably, all of the German fighters knowing that the surviving Lancasters would be coming past any time soon: 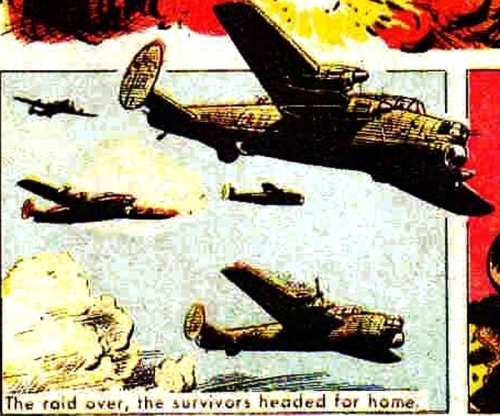 And now came the question which is always asked around the time when the bombers are scheduled to arrive back at base. “How many are left?” 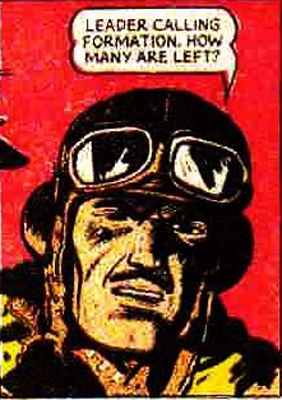 The British and the Americans always seemed to overestimate vastly the effect of their bombs on these specialised missions, especially early on in the conflict. Investigations after the war revealed that at Augsburg only 8 machine tools were destroyed out of 2,700. Of 558 cranes, just 5 were destroyed: 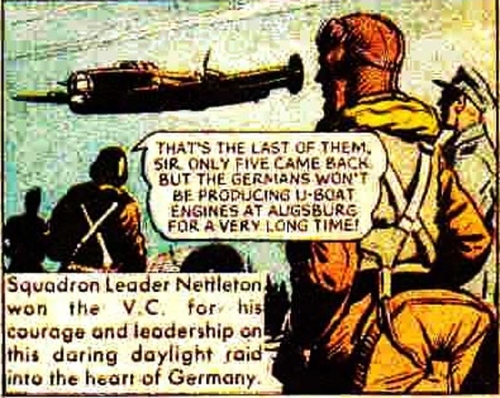 What cannot be denied is the bravery of every single crewman and the huge effect that this raid had on morale. Nettleton toured widely, addressing meetings both in Britain and in North America. Here is a news film of the time about the raid:

John Nettleton was killed on his way back from Turin after a bombing raid on July 13th 1943. Luftwaffe fighters were scrambled as the returning bombers passed over Brittany in the early hours of daylight. It is believed that an Fw190 shot his Lancaster down over the sea. Nettleton’s body has never been found. Much to my amazement, the Nettleton School in Braeside, Harare, in Zimbabwe, still exists. I need to be less cynical.