There were many other fine poems published in “The Nottinghamian” during the 1922-1946 period. Not all of them were linked to the war. Here is a selection of some of the best of those.

This one is written by Peter James Middleton, the son of a chemist who lived at 36 Devon Drive, just south of Haydn Road in Sherwood. It appeared in July 1937, when Peter was in the Fourth Form A. Peter left the High School in 1939 after passing his School Certificate.

If I had known Pythagoras,

And I had known his tendencies,

(As their results I know!)

“Pythagoras,” I should have said,

In firm though kindly tone,

“You stick to Greek philosophy, 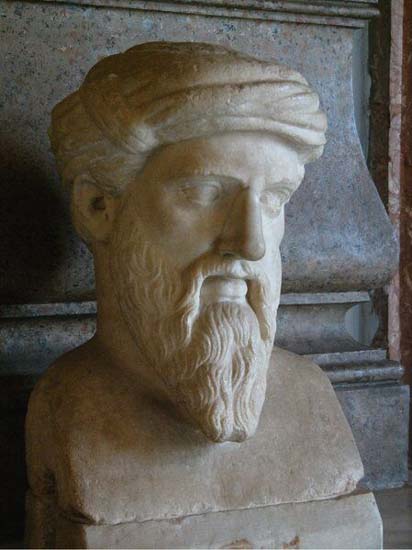 If Julius Caesar I had met

In some forgotten year,

His trusty sword clasped in his hand,

His pen behind his ear,

I should have said, “Look here, my friend,

Fight, if you must, indeed ;

But don’t write books about yourself,

That no one wants to read !” 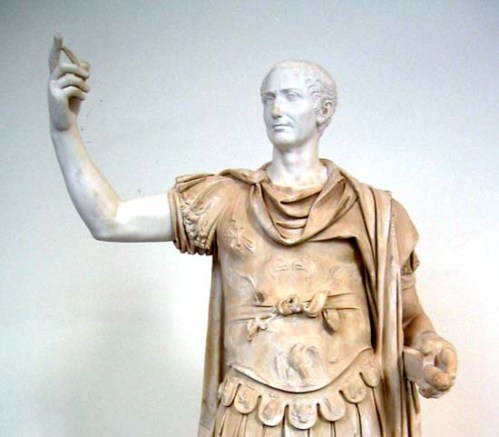 In April 1938, we had another poem on a Latin theme, written by Neville Eric Stebbings of Hillcrest, on Sandfield Road in Arnold, to the north of Nottingham. Neville left in August 1944. He was a Prefect with 2nd XV Rugby Colours, 2nd IV Rowing Colours and a JTC ‘A’ Certificate which would entitle him to be an officer if he went into the army.

Of all the lessons taught at school,

I think I’d rather learn Chinese,

I’m always getting a hundred lines

Or else a few detentions.

Why can’t we study “botany”,

And learn about the “daisies”

They say that Latin clears the brain,

The things I think about it. 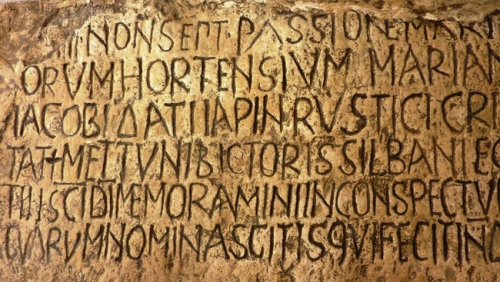 The memorising is the worst, 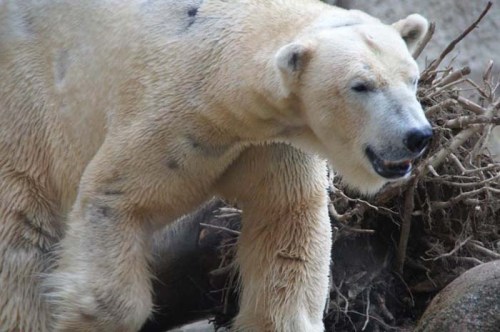 The Grammar – I could burn it.

The hardest task the Romans had

Was when they had to learn it.

David James Hitchin was the son of an overall manufacturer. The family lived at 45 Austen Avenue in Forest Fields, on the far side of the Forest Recreation Ground from the High School. David is another boy who would rather stay in bed than get up. Notice how he gets up as late as eight o’clock because he lives so close to school.

It’s eight o’clock in the morning,

A boy is asleep in bed,

The clock has given its warning,

He eyed his chilly vest. 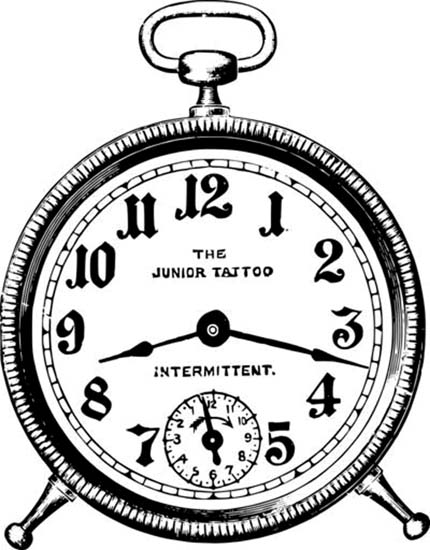 His dreams of ease were soon cut short,

The breakfast gong had sounded,

With unwashed neck, and unbrushed hair,

Right down the stairs he bounded.”

The last poem is a masterpiece, some  thirty or forty years before its time when it appeared in the Nottinghamian in July 1948

It was written by Geoffrey Edward C Woollatt who lived, fittingly, at 7 Wordsworth Road in West Bridgford. I think that his father’s job was unique in the history of the thousands of boys who have come to the High School. He was a philatelist.

Down in the High School,

Working all the day,

What do you think we’re working for?

Racing round the busy streets,

What do you think I got?

Outside the Pres’ room,

Writing on the wall,

I’ve been caught without a cap

Inside the Pres’ room,

Looking at my feet,

Guess what the sentence was,

Down in the corner,

Reaching for the floor,

What do you think I’m looking for?

Inside the D. room,

When do you think they’ll let me out?

Silence in the D. room,

Working all the time,

What do you think I’ve written? 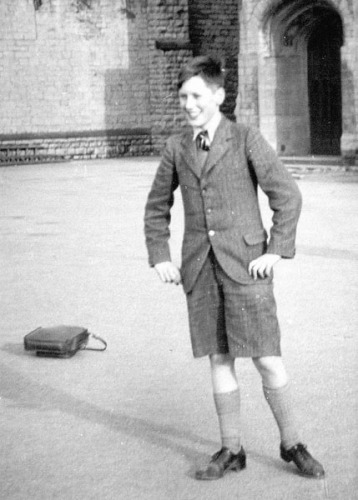 “The Pres’ room” means the Prefects’ Room. The Prefects were responsible for the school’s discipline outside the classroom and in the absence of a teacher.

“One beat” means one stroke of the cane (on the hand or the backside, not the feet)

The metre of the poem is remarkably similar to a song written by the late and extremely lamented Ian Dury of “Blockheads” fame.

What did you learn in school today?
Jack ****
The minute the teacher turns away
That’s it
How many times were you truly intrigued?
Not any
Is boredom a symptom of mental fatigue?
Not many
When have you ever been top of the class?
Not once
What will you be when you’re out on your ****?
A dunce
What are your prospects of doing quite well?
Too small
And what will you have at the very last bell?
**** all 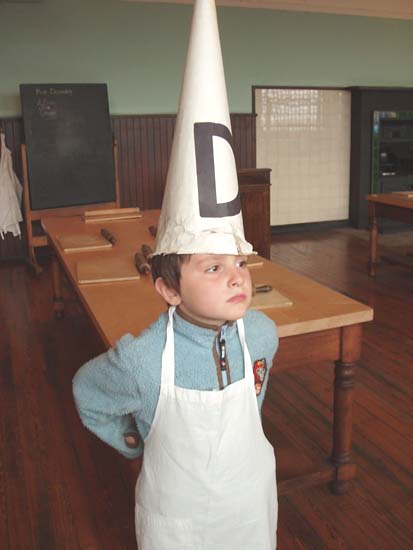 Here’s the usual link, to Volume 3, currently on sale: 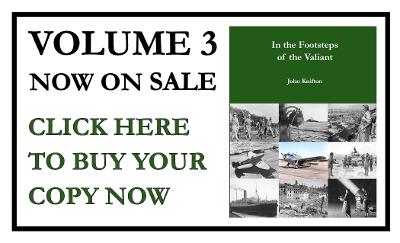