Recently we looked at how names have been given to the streets and roads of England. I told you too about the Egyptian quarter of Nottingham, where the streets are paved with compacted sand and camel droppings. All of this was in one particular working class area of Nottingham called New Basford, if you remember, and it had Cairo Street, Delta Street, Egypt Road, Rosetta Road and Suez Street.

I voted to have a “Hutt-hutt-hutt” Street, because “Hutt-hutt-hutt” is what you always say if you are riding a camel and you want it to go a lot, lot faster, rather like fighter pilots always say to themselves “light those afterburners NOW”. My suggestion of “Hutt-hutt-hutt” Street was turned down by the Nottingham City Planning Department (Street Names) because they said that it would cause total chaos if there was ever a person riding a camel at the T-junction with Nottingham Road and a pedestrian who was slightly deaf went up and asked the rider loudly :

“Excuse me, mate, but do you know where HUTT-HUTT-HUTT Street is please?”

Arguably though, the streets further to the north are even more interesting, not least because they are almost completely free of references to any of the Camelidae or indeed, the Giraffidae . Instead, the street names there commemorate the stunning victory by the Zulus over the British Army at Isandula or Isandlwana, during the Zulu War of 1879. It was the greatest victory by a native army over a Western European army since the Germans beat Quinctilius Varus in the Battle of the Teutoburg Forest in 9 AD. This map has Egypt Road and Suez Street at the very bottom left, along with the other Egyptian streets,  but then, there are five references to the Zulus a little further to the north:

These six streets in New Basford, then, are again connected with Africa, but this time with the south of the continent rather than the north. The names are perhaps a little more difficult to understand, and they require a fairly detailed knowledge of the war that the British fought against the Zulus under King Cetshwayo in 1879. Common place knowledge in some households, of course, but let me just refresh everyone’s memory. Here is the king, full name “Cetshwayo kaMpande”.

So, how did the war break out?

Well, basically, the British wanted to add Zululand to their Imperial Portfolio, so, on December 11th 1878, they gave the Zulu King Cetshwayo a set of demands which they knew he would never agree to. These included that the Zulu army be disbanded and the men allowed to go home and that the Zulu military system be discontinued. That was like asking the Irish to give up Guinness.

Meanwhile Lord Chelmsford had assembled an army of 18,000 men which marched into Zululand on January 11th 1879. On January 22nd 1879, part of that force, around 2,000 men, were attacked by 20,000 Zulus in what came to be called the Battle of Isandlwana, although it is also called the Battle of Isandula. The Zulus had their traditional, iron, assegai  spears and cow-hide shields, and the British had the outstanding Martini–Henry rifle and two seven pounder field guns, as well as a Hale rocket battery. The Zulu wars are beloved of wargamers, and this is the plastic model version of a rocket battery:

Normally, in a contest between rifles and spears and arrows, the European army would be expected to cope quite comfortably with odds of up to 200-300 to one, depending on the circumstances. Not here though. And people have been arguing ever since,

The Zulus triumphed though, and Lieutenant-Colonel Anthony William Durnford is the man who is frequently blamed for the fact that this was the greatest defeat ever suffered by British soldiers against a native force armed with their traditional weapons.

After the battle, some 4,000 men of the Zulu “impi” (or regiment) called the “Undi impi” crossed the river and went off to attack Rorke’s Drift. The 150 or so men at this fortified mission station were commanded by Lieutenants John Chard of the Royal Engineers and Gonville Bromhead, the latter an Old Boy of Newark Magnus School in Nottinghsmshire.

The events there were subsequently portrayed in the film “Zulu”. Stanley Baker played John Chard:

And Sir Michael Caine played Gonville Bromhead. Not many people know that. 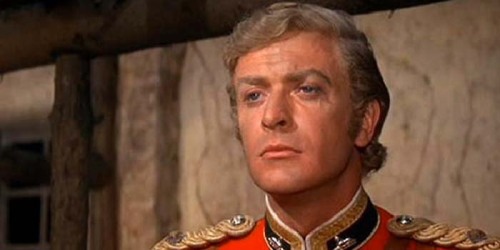 After Isandlwana, the British army was heavily reinforced and invaded Zululand for a second time. Sir Garnet Wolseley was sent to be in charge, but Chelmsford deliberately avoided handing over command to him. This time, Chelmsford managed to defeat the Zulus in a number of engagements, the last of which was the Battle of Ulundi on January 4th 1879. Soon afterwards, Chelmsford’s British army captured King Cetshwayo. At last, the British were victorious, although everybody was well aware who the real warriors were.

Next time: “The Mean Streets of New Basford in Nottingham” aka “The British salute the gallant losers”.

Incidentally, my Australian friend, John Corden, recently wrote a blog post about street names in Australia. It is a really good read and you can find him here. And, if you like his post, try writing something in his Comments section. 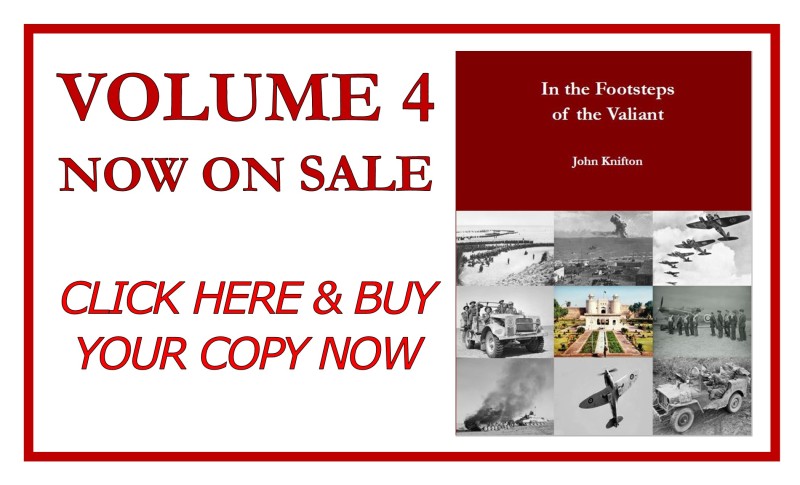