To my shame, I did not appreciate that July 13th, the 121st anniversary of his birth, was “John Clare Day”.  I found this out by googling retrospectively “John Clare”, and coming across an absolutely superb article by George Monbiot in the Guardian.
Furthermore, I must confess that I actually knew very little about John Clare other than the fact that he was a poet and that, unlike the vast majority of poets, he was of working class origin. His biographer Jonathan Bate described him as “the greatest labouring-class poet that England has ever produced. No one has ever written more powerfully of nature, of a rural childhood, and of the alienated and unstable self”.
The first port of call, therefore was Wikipedia.

The bare bones of Clare’s life were that he was born into desperate agricultural poverty in the tiny village of Helpston, just to the north of Peterborough in Northamptonshire.

The area was amazingly rich in wildlife.

He would have seen and heard corncrakes everywhere.

Nightjars too, were as common in England then as they now are in this excellent film from Denmark…

There were ravens in the old, giant oak trees, wrynecks, which still bred in old woodpeckers’ holes, and the last few wildcats…

Clare’s cottage, where he spent his childhood, still remains…

Like all his fellows, Clare became an agricultural labourer while still a child, but he attended the school in Glinton church until he was twelve. He also began to write poetry, something which was to cause him great problems throughout the rest of his life among simple farm workers.

“I live here among the ignorant like a lost man in fact like one whom the rest seemes careless of having anything to do with—they hardly dare talk in my company for fear I should mention them in my writings and I find more pleasure in wandering the fields than in musing among my silent neighbours who are insensible to everything but toiling and talking of it and that to no purpose.”

Clare’s first love was Mary Joyce, but alas, she was to die, by our standards at least, a premature death. 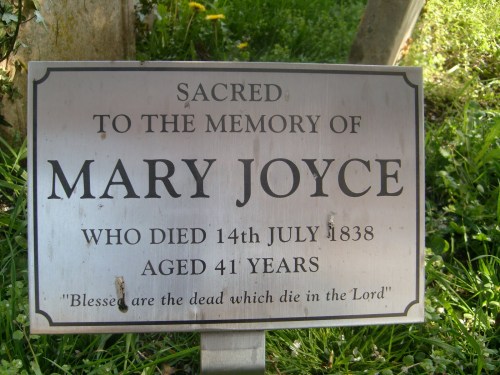 Clare was to marry Martha Turner in 1820. Her nickname was “Patty”.

“Courtship
Where are you going lovely maid
The morning fine & early
“I’m going to Walkerd”, Sir she said
&made across the barley

Clare, though, was to have  many bouts of severe depression, which worsened as his family increased in size and his poetry sold less well.
Gradually over the years, his behaviour became progressively more and more erratic. In July 1837, he went of his own accord to Doctor Matthew Allen’s private asylum. In 1841, though, Clare absconded and walked all the way back home from Essex. He thought, in his madness, that he would be able to refind his first true love, Mary Joyce.  He believed firmly that he was married not just to her, but to Martha as well, and had children by both women. He refused to believe Mary’s family that she had died accidentally three years previously in a house fire. He stayed a free man at home for a little while, but was back in the asylum by mid-1841, his wife having called for help from them between Christmas and the New Year of 1841.
Clare was sent to the Northampton General Lunatic Asylum, where he lived out the rest of his life. He was helped enormously by the kindness and humanity of Dr Thomas Octavius Prichard, who encouraged and helped him to continue writing his poetry. It was at the Northamptonshire County General Lunatic Asylum  that Clare wrote possibly his most famous poem…..

“I am!
I AM! yet what I am none cares or knows,
My friends forsake me like a memory lost;
I am the self-consumer of my woes,
They rise and vanish, an oblivious host,
Like shades in love and death’s oblivion lost;
And yet I am! and live with shadows tost
Into the nothingness of scorn and noise,
Into the living sea of waking dreams,
Where there is neither sense of life nor joys,
But the vast shipwreck of my life’s esteems;
And e’en the dearest–that I loved the best–
Are strange–nay, rather stranger than the rest.
I long for scenes where man has never trod;
A place where woman never smil’d or wept;
There to abide with my creator, God,
And sleep as I in childhood sweetly slept:
Untroubling and untroubled where I lie;
The grass below–above the vaulted sky. “

Clare’s problems with depression  had not been helped by having to watch his world disappear as, between 1809 and 1820, various  Acts of Enclosure allowed the greedy, idle, useless rich to increase their already great wealth by putting fences across the previously open fields, heathland and woodlands., and declaring that everything now belonged to them.

This, of course, was the early nineteenth century equivalent of “Trespassers will be Prosecuted”, and, as it was designed to do, prevented anybody poor from enjoying what abruptly became the rich man’s landscape.

In due course, the idle rich realised that they could make even more money by destroying the ancient countryside, and farming it in an exclusively profit orientated way.  There was no room for five hundred year old oak trees or sleepy marshes, no more meandering streams or cool copses to give shade on a hot summer’s day. Faced by the onslaught of Agribusiness, the wild animals, the birds, the insects and the butterflies all began to disappear.

In other words, it was pretty much the beginning of the country landscape we are asked to tolerate today.

For me, Clare’s best work is his nature poetry. Because he was a poor labourer, he saw far more details as he walked along than the rich poets who thundered past in their coaches. John Clare’s nightingale actually was a real nightingale, not another species misidentified.

“…Everything he sees flares into life…his ability to pour his mingled thoughts and observations on to the page as they occur, allowing you, as perhaps no other poet has done, to watch the world from inside his head.”

“The Nightingale’s Nest”  is indeed a fabulous poem, and is just like going for a stroll into the woods with John Clare himself, to view a bird whose nest he has previously staked out at some point during his working day. The reader becomes a fellow birdwatcher, who can follow John Clare’s instructions about where to look…

Up this green woodland-ride let’s softly rove,
And list the nightingale – she dwells just here.
Hush ! let the wood-gate softly clap, for fear
The noise might drive her from her home of love ;
For here I’ve heard her many a merry year –
At morn, at eve, nay, all the live-long day,
As though she lived on song. This very spot,
Just where that old-man’s-beard all wildly trails
Rude arbours o’er the road, and stops the way –
And where that child its blue-bell flowers hath got,
Laughing and creeping through the mossy rails –
There have I hunted like a very boy,
Creeping on hands and knees through matted thorn
To find her nest, and see her feed her young.
And vainly did I many hours employ :
All seemed as hidden as a thought unborn.
And where those crimping fern-leaves ramp among
The hazel’s under boughs, I’ve nestled down,
And watched her while she sung ; and her renown
Hath made me marvel that so famed a bird
Should have no better dress than russet brown.
Her wings would tremble in her ecstasy,
And feathers stand on end, as ’twere with joy,
And mouth wide open to release her heart
Of its out-sobbing songs. The happiest part
Of summer’s fame she shared, for so to me
Did happy fancies shapen her employ ;
But if I touched a bush, or scarcely stirred,
All in a moment stopt. I watched in vain :
The timid bird had left the hazel bush,
And at a distance hid to sing again.
Lost in a wilderness of listening leaves,
Rich Ecstasy would pour its luscious strain,
Till envy spurred the emulating thrush
To start less wild and scarce inferior songs ;
For while of half the year Care him bereaves,
To damp the ardour of his speckled breast ;
The nightingale to summer’s life belongs,
And naked trees, and winter’s nipping wrongs,
Are strangers to her music and her rest.
Her joys are evergreen, her world is wide –
Hark! there she is as usual – let’s be hush –
For in this black-thorn clump, if rightly guest,
Her curious house is hidden. Part aside
These hazel branches in a gentle way,
And stoop right cautious ’neath the rustling boughs,
For we will have another search to day,
And hunt this fern-strewn thorn-clump round and round ;
And where this reeded wood-grass idly bows,
We’ll wade right through, it is a likely nook :
In such like spots, and often on the ground,
They’ll build, where rude boys never think to look –
Aye, as I live ! her secret nest is here,
Upon this white-thorn stump ! I’ve searched about
For hours in vain. There! put that bramble by –
Nay, trample on its branches and get near.
How subtle is the bird! she started out,
And raised a plaintive note of danger nigh,
Ere we were past the brambles ; and now, near
Her nest, she sudden stops – as choking fear,
That might betray her home. So even now
We’ll leave it as we found it: safety’s guard
Of pathless solitudes shall keep it still.
See there! she’s sitting on the old oak bough,
Mute in her fears ; our presence doth retard
Her joys, and doubt turns every rapture chill.”

I have not quoted some of Clare’s poems in full. They are extremely accessible on the Internet, and will fully repay your efforts.
The vast majority of his poetry can be found very easily.

Just find “Poets by Name” on the left of the screen, and click on “J” for “John Clare”.
The poet’s grave is at Helpston….

And, as one of England’s greatest poets, he has a memorial…

Youtube, of course, has many readings of John Clare’s works.

There are some quite long anthologies…

And there are others

I am a sentimental old fool, so I liked…