Let’s finish this series of High School puzzles with a third, and final, enigma. So let’s look at that photograph of the Stoney Street school again: 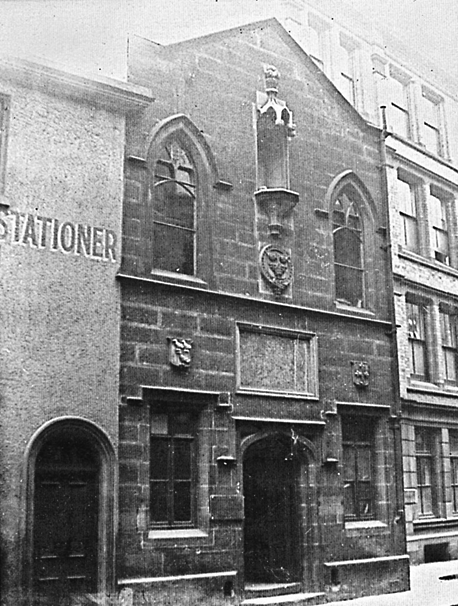 We already know where the pesky little merlettes are hiding, (four o’clock down from the word “stationer”) but what exactly is in the niche near the top of the building? Here is a photograph of nothing, this time seen in close up: 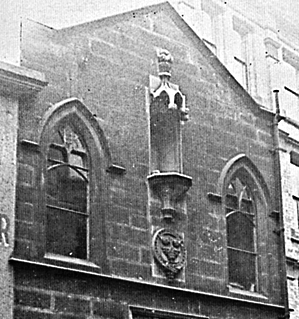 Now let’s look at the present day High School. This beautiful photograph was taken by Rishabh Motiwale and was used as the cover of the book which celebrated the school’s presumed 500th birthday, “500 Happy Returns: Nottingham High School’s Birthday”: 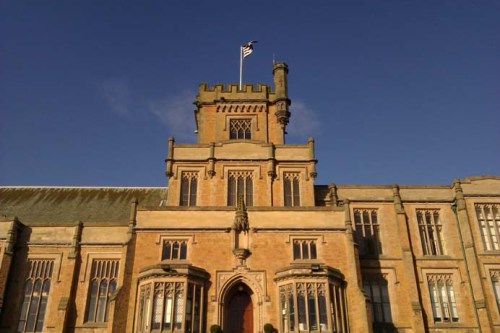 And I’ll ask the same question a second time. What exactly is in the niche near the top of the building? Well, here’s that photograph of nothing again… 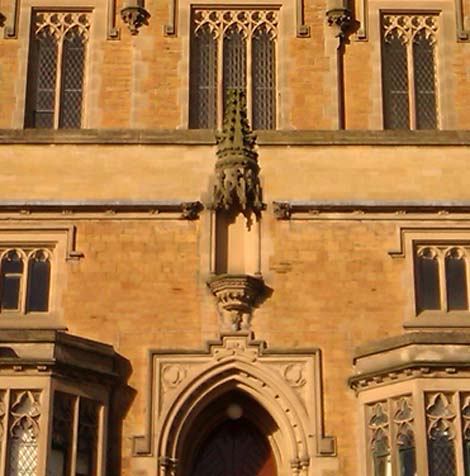 Do you remember what a “vowess” was?  Of course you do. It’s:

“a woman who has vowed chastity or devotion to a religious life; a nun”.

It’s what Dame Agnes Mellers became after her husband died.

But do you remember Mr. F. J. Snell’s words about a “vowess” in his book “The Customs of Old England” ? Why certainly! He said that:

“a “vowess” would never willingly forgo any opportunity of showing reverence to the Blessed Virgin”.

So what is missing from the niche near the top of both buildings, therefore, is a statue of the Blessed Virgin Mary. An image of Mary, Mother of God, a beloved figure in the Roman Catholic Church but one not enjoying perhaps quite as big a fan base with the Protestant Church over the last 400 or so years: 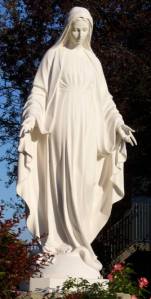 I would guess that, perhaps in the very small print, in Clause 42, sub-clause 69, of Dame Agnes’ bequest, acting as a staunch vowess, she had stipulated that this type of Roman Catholic statue should be on prominent display in her new, or perhaps, merely refreshed, school. After all, her school had started its life in a church dedicated to St Mary: 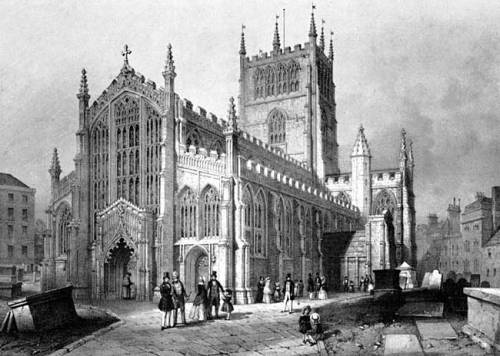 But then, twenty years later, once Henry VIII had decided that Roman Catholicism should no longer be the state religion, to have a statue of Mary, Mother of God, on display above the door of the school, must have become just “a statue too far”. It would have made the place look anti-Protestant. Anti-Church of England. It might even have reminded ordinary people of the fact that the Glorious King Henry VIII had taken advantage of the Reformation to steal billions of pounds worth of assets and land from the suddenly unwanted Roman Catholic Church.  So one day, the statue of Mary, Mother of God, just wasn’t there any more. And few people noticed and those who did notice, knew that the best thing to do for their own safety was to keep their mouths firmly shut. And nobody ever mentioned the statue again.

Presumably, this centuries old exclusion from the school’s premises of statues of the beatified members of the fairer sex will come to an end very soon. When the first girl crosses the threshold of her new, co-educational school, she will surely walk into the building under a statue of the Virgin Mary, just as Dame Agnes would have wanted. Surely we will not have to wait for the High School’s first Headmistress to put the matter straight?

Teasels: the best plant in our garden

This amazingly spikey plant is called a “teasel”, and it is easily the most fascinating plant in our garden. 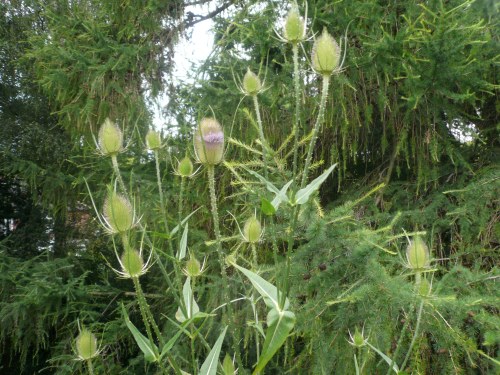 It is a very thrilling plant from an English point of view, for, alas, we just do not seem to have the same exciting inhabitants in our gardens as they have in the USA….. 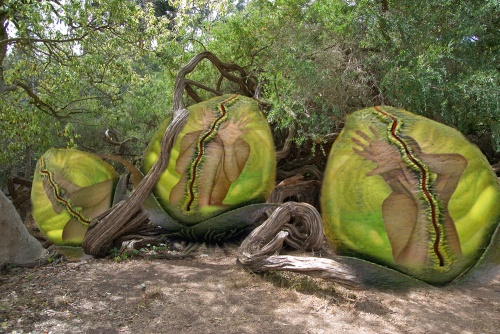 These American killers are deadlier than wolves or bears. 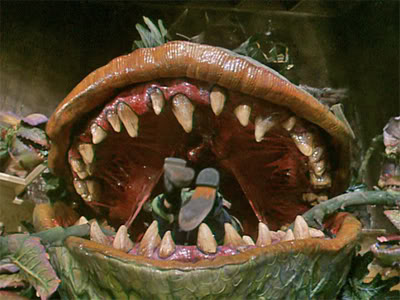 Our English plant, though, can consume a reasonable number of insects, medium sized mammals and small children. 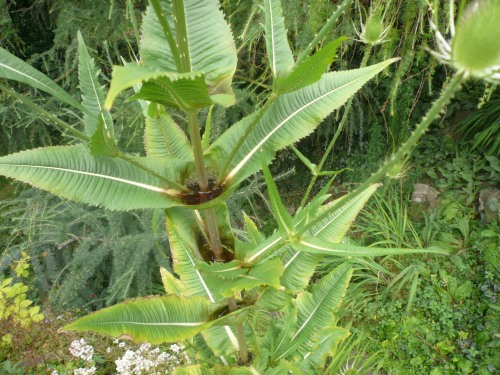 It performs this valuable service by drowning them, and then absorbing their nutrients. Equally well, you can easily feed the plant yourself by tipping in the dregs from your cup of tea or coffee. On this caffeine based diet, our plant has now reached an amazing twenty seven flower heads. Here are two of them….

The biggest flower heads are now in bloom. They provide a fabulous source of nectar for all kinds of interesting flying insect, especially butterflies….

This is a Peacock… 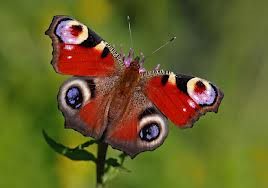 This is a Red Admiral. Its Latin scientific name is “Vanessa atalanta”, which sounds a little bit like one of the old Admiral’s girls in every port… 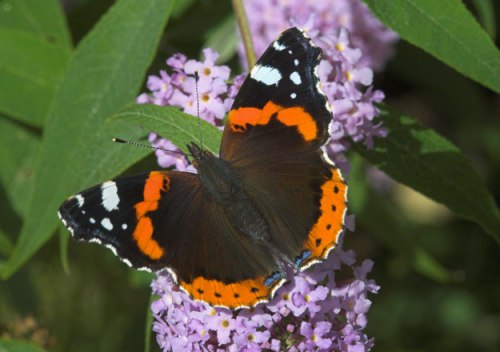 The flowerheads are a lovely bluey-pink colour… 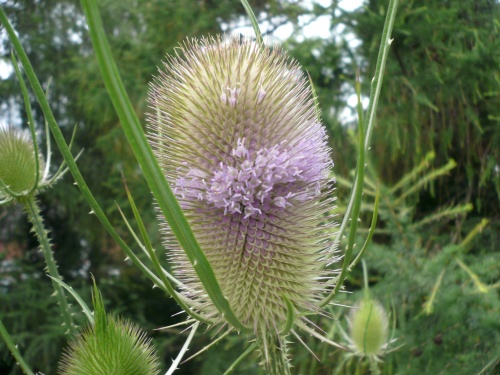 Eventually seeds will appear. Indeed, in our worryingly early autumn, many have already arrived as early as the fifth of August.

The seedheads are an absolute magnet to England’s most colourful bird, the improbably beautiful Goldfinch… 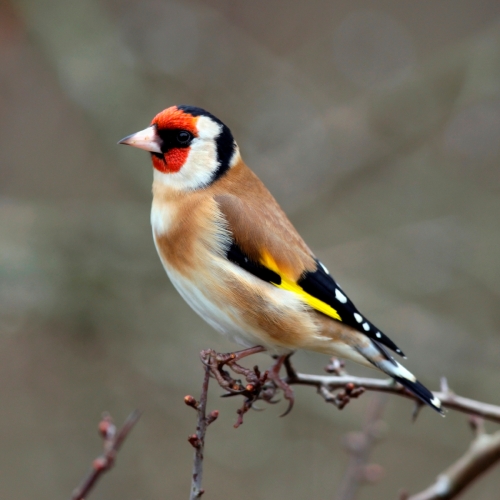 The population of these splendid birds is gradually increasing, and teasels are an excellent way to entice them into your garden.

This could easily be your garden… 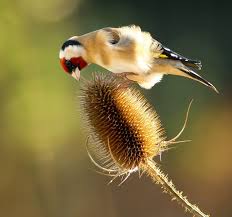 I would be very surprised, though, if you managed to attract as many of these beautiful birds as Gunnar Fernqvist has done, although, to be fair, he does seem to have a VERY large garden.

Interestingly, the Goldfinch has always been of great symbolism in medieval European art. According to Wikipedia, because of the thistle seeds it eats, and the spiky nature of the adult thistle plant, the goldfinch is associated with Christ’s crown of thorns. When it appears in pictures of the Madonna and child, the bird is thought to represent the knowledge both Mary and Jesus had of the latter’s Crucifixion.

Teasel seeds can be found fairly easily on your local brownfield site in late summer or early autumn. Otherwise, it’s another expedition up the Amazon.co.uk….

Filed under My Garden, Nottingham, Uncategorized, Wildlife and Nature