Last time we were walking through my home village of Woodville, down to the school and the church. Now, though, we return to the High Street, the most important street in the village. The first shop on the left was Ormes’s. Here they sold boiled ham, crusty bread, ice cold milk and cream cakes. Hot ham hocks were delivered to the shop, I think, on perhaps a Monday or a Tuesday, and there were also special arrivals of savoury ducks, which were very large meatballs, on a Monday and a Thursday. The manager here was Eric Boss, a man who could out-flirt and out-innuendo even the Co-op butcher. Here’s Ormes’s. As you can see, it too is nowadays derelict: 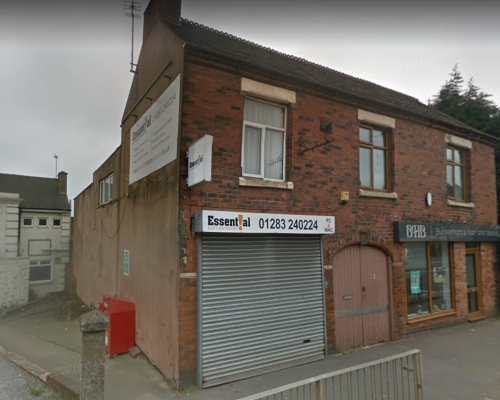 There’s one Eric Boss story that I cannot not tell you.

“On one occasion, my grandfather, Will was pushing his huge old fashioned wooden wheelbarrow up Hartshorne Road towards the Toll Gate at the top of the hill. It was full of clay, and weighed a colossal amount. This, of course, was of little concern to Will, who was extremely strong, having spent his entire adult working life carrying huge quantities of wet clay on his back at Knowles’s and at Wraggs.

Down the hill came Eric Boss, the manager of Ormes’ grocer’s and cake shop, and a middle aged “Jack the Lad”, a man with a great eye for the ladies. He was always chatting them up as he served them. When he met Will, he obviously saw it as a chance to show off, for he said to him, “Hold on there, old man, I’ll give you a hand.” He reached down to grasp the handles of the barrow and take some of the weight off my apparently frail old grandfather.

Imagine then his embarrassment, when he could not even lift the wheelbarrow legs off the ground.”

Next door to Ormes’s was Taylors’ newsagents, run by Albert Taylor and his wife. As you can see, it too is nowadays derelict : 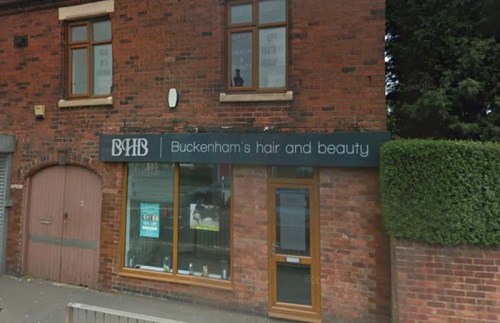 Among many other products, Taylors’ sold magazines from America such as “Famous Monsters of Filmland”: 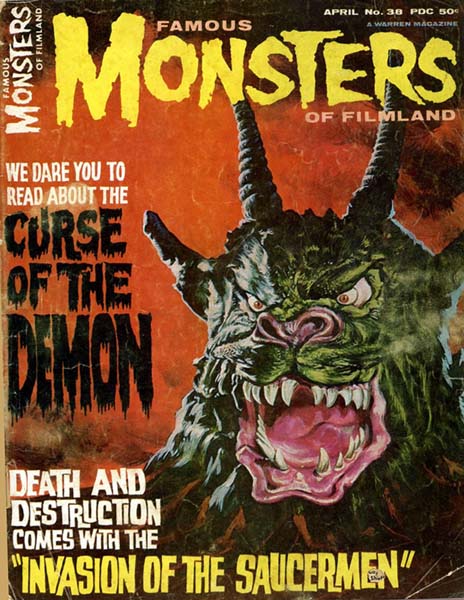 And I well remember having to go up to Taylor’s to pre-order my copy of the new British comic for boys, namely “Victor”, complete with free gift, a plastic presentation wallet full of postcard sized photographs of the great football and rugby teams of 1961-1962: 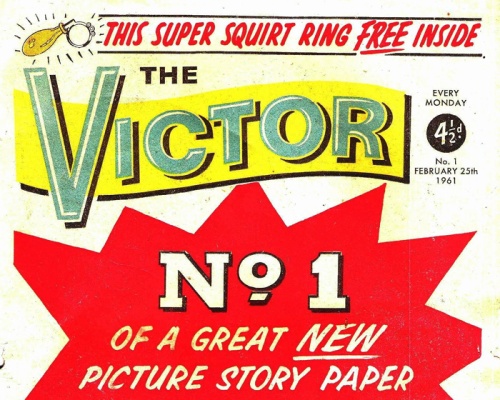 Next on the left was Renée’s fish and chip shop, with her fabulous fishcakes, made almost exclusively of potato, and her special batter, imported daily from Derby by special van in special plastic buckets.
Here is Renée’s today: 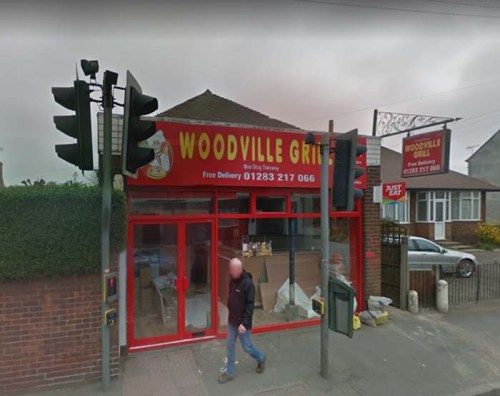 After Renée’s fish and chip shop, with her fabulous fishcakes, came the Viking Coach Company which took clubs, societies and just ordinary passengers all over the country. A holiday in Scarborough. A fortnight on the Isle of Wight. A visit to a show in London or off to Birmingham to see “Godzilla: the Musical”. Alas, the Vikings are no more. They are now a flower and furniture shop where business is so good that they are closed at eleven o’clock in the morning on a Friday: 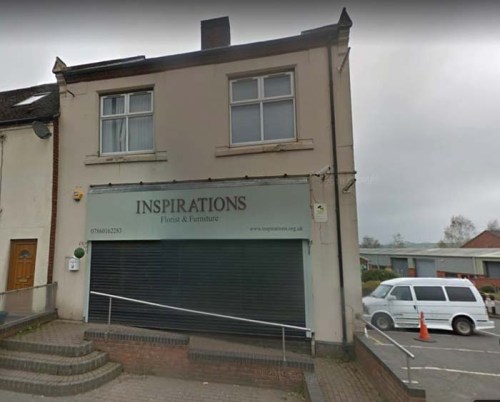 Opposite Albert Taylor’s newsagents, was, I think, a dry cleaners, As you can see, it too is nowadays derelict : 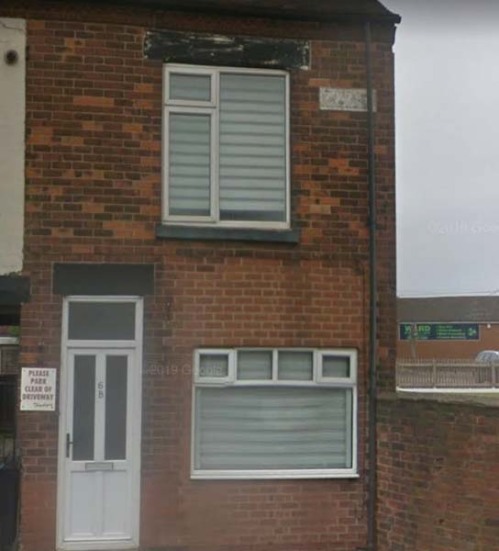 Next door was Charlie Fowell’s barber’s shop.  Strangely, it is also closed this fine Friday morning: 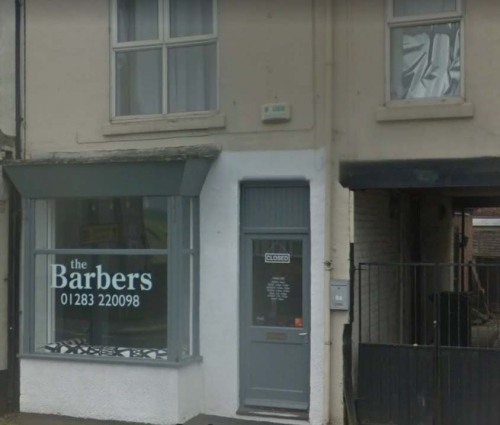 Further up on the right hand side of the street was Ashmore’s, a second newsagent’s. As everybody has now forgotten how to read, it is now a curry shop: 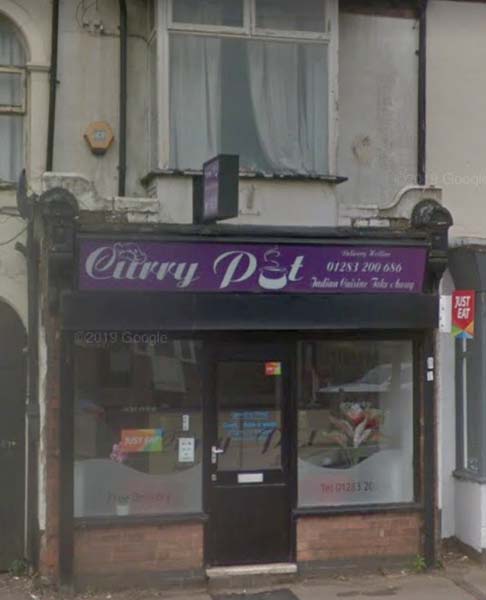 Then there was Whyatt’s the greengrocers. Today, it is a Vape Shop, whatever that is: 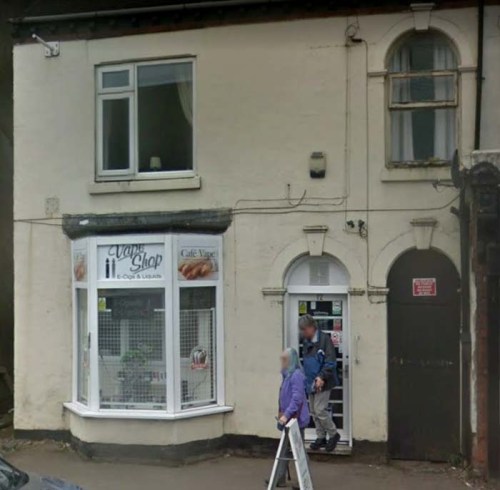 I can remember though, the days when this greengrocery business was further up the street, on the left, until it had to be demolished to construct an important car park, and they had to move their premises. Here is that vital car park today, keeping the commerce of the area ticking over:

Whyatt’s original shop was at the side of a little road which ran away to the north from the High Street, on the opposite side from the Queen Adelaide public house. Whyatt’s always had boxes made of bright, thin, cheap orange wood on the pavement in front of their shop, where they displayed their fruit and vegetables. It was in this part of High Street that the demolition of a number of buildings occurred and, in the ruins of an ancient terraced house, a vast tangled rats’ nest was revealed in the ceiling of the back bedroom. It must have been ten or twelve feet across, and the product, one supposes, of generations of work on the part of countless hundreds of rats. As seven year old children, we always stopped to look at this natural wonder as we walked up to the Infants’ School at the top of High Street.

Opposite these shops and houses, on the other side of the High Street to Whyatt’s the Greengrocer’s was Woodville’s third newsagent’s, namely Jones’s, perhaps the least successful of the three. Nowadays it has been converted to a vitally needed fast food shop, one of forty three million  in the country: 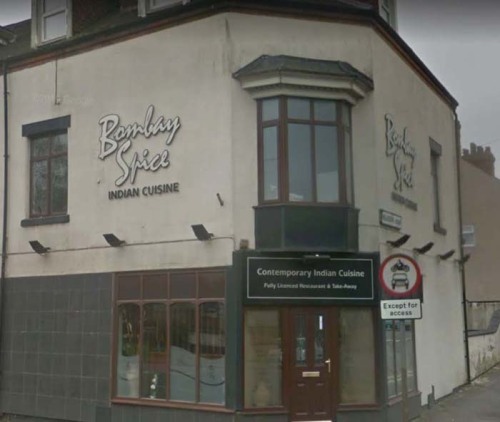 Back in the day, the shop was a fine source of what we called “shilling war books”: 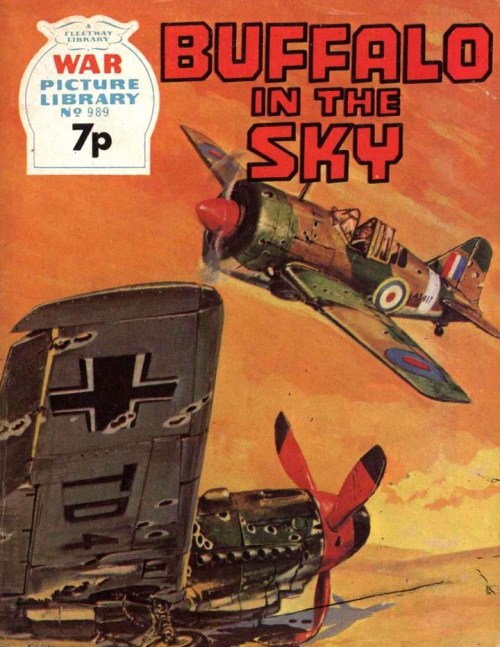 There was at least one other shop in this block, but I cannot remember exactly what it was. There are vague memories, perhaps, of a TV repair shop. As you can see, though, it too is nowadays derelict: 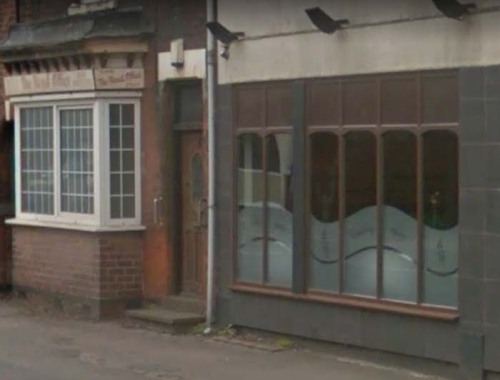 Further up on the opposite side was Smart’s shop, which was divided into two halves, both equipped with bright orange cellophane sheets in the windows to protect their goods against the sun. The right hand half of the shop sold, if I remember correctly, wool, knitting patterns, knitting needles  and sewing requisites, while the left hand side contained ladies’ dresses and other clothing. It was a marvellous shop for middle aged women to visit, to buy everything they needed for their hobbies.

Here is the knitting shop today. It was converted into a vitally needed fast food shop, one of forty three million  in the country: 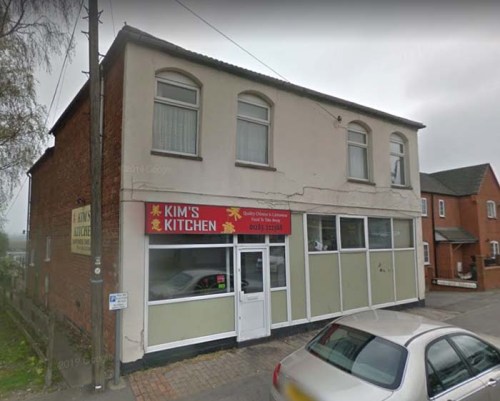 And here is the clothes shop. It’s used, I presume, to store the uncooked ingredients for Kim’s Kitchen. It’s very pretty, though, and I take my hat off to the architect who came up with that conversion of the original shop, after only seven years of study: 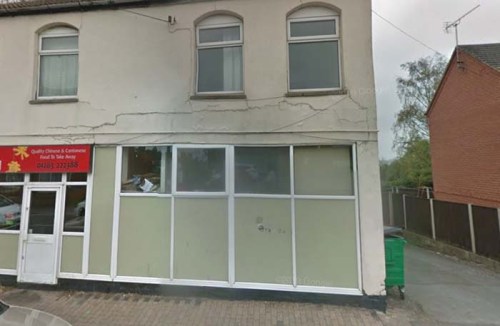 Next time, my attempts to get Woodville twinned with Florence.