The Beast of Ennerdale: Part One

When I was researching the Beast of Gevaudan, and his many, many friends, both in France, Italy and a number of other countries, I was amazed to find “England” in one of the lists. I couldn’t believe it! An out of control animal rampaging in our well-ordered and generally wonderful country? A piece of slander by a lying, jealous foreigner, surely!

Well, apparently, no. The whole unfortunate business has been kept very quiet, of course, but in 1810, a mystery creature certainly did rampage across the wild countryside of the Lake District in north western England. Here is that beautiful area. Look for the orange arrow: 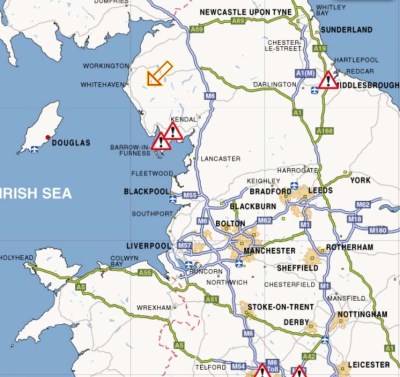 The parallels with the Beast of Gévaudan were striking, the only difference being that the English victims were not pretty young shepherdesses or even little boys, but the sheep themselves.
The animal was dubbed at the time “The Girt Dog of Ennerdale”. To me, though, this is a singularly inappropriate name, certainly from the point of view of anyone who wants to attract tourists, rather as they do with the Loch Ness Monster.

“Where is Ennerdale?” you can hear all the tourists asking. “What does ‘Girt’ mean?” and “What is so special about a dog?”
The saga of “The Beast of the Lake District” or, a more striking name perhaps, “The Beast of Ennerdale”, began in spring, or more precisely May, of 1810, when the body of a half consumed sheep was found on the bleak hillside above the lake called Ennerdale Water. On May 10th, Mr Mossop, who lived at Thornholme, to the south of Ennerdale Water on the way to Calderbridge, had a brief glimpse of an unknown animal far away, up on the mountainside. The orange arrow indicates his farm at Thornholme:

Soon after this, an increasing number of sheep began to be attacked. Every night, at least one sheep would be killed.

Clearly, a  monster was at large in the county, known at this time as Cumberland. At first the locals walked the hills, trying to find the animal. They had no success, which was not really surprising, given the extent of the hills, and in some cases, the extent of the forests in the valleys between them. One or two of the men had fleeting glimpses of the Beast, which always seemed to emerge just as night was falling. All they could make out was the animal’s size, which was extremely large. In the local dialect, “girt”, or “gurt” meant “great”, so the Beast was christened “The Girt Dog of Ennerdale”. This is Ennerdale. It is very wild country by English standards:

The ferocious Beast killed large numbers of sheep, far beyond what it would have needed for food. Furthermore, it killed its victims in a very unusual way: the corpses of the sheep had their internal organs consumed or even removed, and their blood was apparently drained from their bodies. This was no ordinary dog, feral or otherwise. It was not a fox either. No canid drinks the blood of its prey, and this planted a seed in the minds of a superstitious local population.
Indeed, if these 19th century farmworkers had had wider access to satellite television, I am sure that the spectre of cattle mutilation and UFOs would have raised their ugly heads: 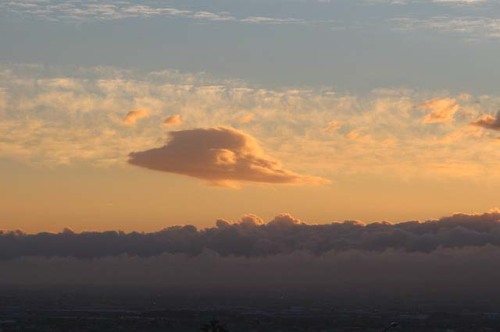 As the situation worsened, more and more men had to leave their ordinary work and their farms, take their dogs, and begin to comb the hills and woods in an effort to find and kill the monster.

Without any success whatsoever. The Beast of Ennerdale was just as elusive and cunning as the Beast of Gévaudan. It did not, on any occasion, stay in an area long enough to attack the same flock of sheep on two successive nights. Its self-secreting powers, the ways it could avoid capture and above all, its propensity for drinking blood soon had the superstitious locals believing that the animal was supernatural. It was soon christened, if that is the word, “The Vampire Dog of Ennerdale”:

Just like the Beast of Gévaudan, it seemed to have a power over ordinary dogs who normally would have been reasonably courageous. Instead, the locals’ dogs would shrink away when asked to follow the Beast’s trail and, as dogs apparently do with Bigfoot, they often just refused to track.  The dogs were clearly scared stiff of something that they could understand, but their human owners could not.

Sometimes, when the dogs were a little more positive and were actually pursuing the Beast, it would occasionally let just one catch up and then seize it and crush its forelegs in its powerful teeth.  None of the other dogs would then go near it. The Beast was so fleet of foot that it usually only had one dog to deal with at any one time, as all the pursuing dogs would be chasing it at different speeds.
The death toll of sheep continued to mount by the day. Eventually, as a minimum, the unknown killer was slaughtering half a dozen sheep every night. Occasionally the total would mount to eight or ten. This only added to the villagers’ superstitions, of course:

The Beast clearly took sadistic pleasure in ripping sheep to pieces, often to leave them uneaten. On occasion, he would even leave them alive. One of a particular farmer’s favourite rams was watched by the dawn’s first light as the Beast attacked it. The latter ripped out and ate great lumps of best quality mutton from the poor animal’s rear quarters. The crippled victim was then left in the field, unable to fight back, unable even to walk, as its hind legs were paralysed.  Another sheep suffered even worse. The shepherd drove the Beast off as it was feasting and then found that the mutton had been stripped off the ribs behind the shoulder to leave visible the poor animal’s still beating heart.

Soon a prominent local, John Russell, put up a £10 reward for what he thought was a huge dog, “Dead or alive” as they say. An even better offer was free beer for the people who kept watch for the Beast. Mr Russell, of course, owned his very own brewery in Whitehaven. He also had a direct interest in the Beast as he was the owner of 3,000 acres of sheep farming land in Ennerdale. Here is a general map of the valley:

The offer for the combatants of free food and especially, alcoholic drink, was taken up by other wealthy sheep farmers who provided as much as £12 for refreshments. Others showed their willingness to provide free meals for all Beasthunters over a certain fixed period of time at a certain location, such as their farm or large house.
Nothing succeeded. And then, just as with the Beast of Gévaudan, a feeling of panic began to sweep the area. Parents would keep their children indoors all day long, too scared to let them go out and play.
The Beast seemed just so calculating and so shrewd. Cleverer than a mere animal. Cleverer than a fox. No traps ever came close to catching it. It was wary and watchful:

People thought that it spent the day high up in its look-out place, watching the scared natives far below in the valley make huge but vain efforts to catch it. The animal’s senses of sight, hearing, and scent, were so acute that it was a rare event indeed, for anybody to come upon it unawares during daylight hours. When it was accidentally approached in daytime, surprisingly perhaps, the animal never did anything vicious towards humans, and always took to its heels. The Beast never uttered the slightest sound, not a single bark, growl or howl.

As happened with its French counterpart in Gévaudan, the dead sheep were all poisoned and left out on the hillside. The Beast was no more attracted to these carcasses than it was to the many traps which were optimistically set to catch it.
One of the more subtle sheepfarmers even tried leaving out a dog on heat to attract the Beast within musket shot, but he had no success with this cunning plan: 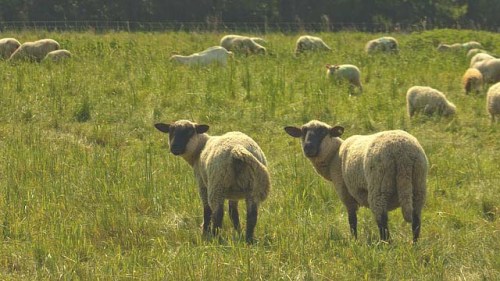 The male dogs, of course, as soon as they caught the distant scent of the Beast, still continued with their policy of cowering and whimpering. They refused absolutely to follow this strange, ferocious animal.
As the weeks went by and the summer drew towards its close, the Beast was beginning to have a very negative effect. While the men were all off chasing it, the poor cows often had to wait to be milked. Horses too were not looked after properly and often went hungry. Fields were neglected. Years before computer games, the poor little children were confined to their homes as their parents were too frightened to let them out of their sight. And all this neglect had its impact on the womenfolk of the area who tried (I almost wrote ‘manfully’) to make up for their absent husbands and servants.
Finally, a shepherd out on the hillside, watching his flocks not by night but in the cold grey light of the early morning, caught a clear sight of the monster. In actual fact, his description was not desperately helpful, but to anybody who had ever heard of the Beast of Gévaudan, it had some strangely familiar elements:

Firstly, the Beast of Ennerdale was pale brown or sandy coloured. It was well built and solid. And it was very large. Its jaws seemed unusually large and wide and it had dark stripes on its back. It was a strange mixture of the features of both a very big dog and a very big cat. It was really quick, and, as they found out later, it possessed enormous stamina.  The Beast was not like anything the scared shepherd had ever seen before.
After this, the Beast seemed to be spotted more frequently. Shepherds and the bravest of their sheepdogs would chase after it up the hillside. Occasionally a group of some fifty or so locals would assemble, seemingly at the drop of a tricorn hat, to set off following their various hunting hounds, racing across the mountainside.
That princely reward of £10 plus free beer for everybody who kept watch for the Beast attracted scores, if not hundreds of professional hunters to the land around Ennerdale Water. Beer, money and undying fame! What was there not to like?

The would-be hunters, of course, had no success whatsoever. The phrase “Wild Goose Chase” might have been invented for their efforts. At one point there were more than a hundred men and several hundreds of their dogs racing back and forth across the desolate hills. Useless. The killing and the blood sucking and the soft organ eating all continued as before. By the end of the summer, more than 300 sheep had been killed.

Next time: “Chapter Two: This isn’t going to end well”.

14 responses to “The Beast of Ennerdale: Part One”