Jean Grin, not a nice man

As well as the long list of “Beasts” who seem to have munched their way through the apparently very, very, tasty peasants of France from 1400-1850, or thereabouts, I have also discovered the existence of at least one “Ogre” who was, to put it mildly, not a very nice man (or ogre) at all. His story is told, in exactly the same words, on a couple of websites that I have found. The first is designed to promote tourism in the wonderfully picturesque and unspoilt region of Lozère, which is here:

The tale of the Ogre is told by André Arnal, an author with his own page on Amazon France.

The story is too long to translate in its entirety, but I have summarised it for any monster fans who do not read French:

Jean Grin was an Ogre and he lived in a ravine called Malbouche, in what is now a hovel of stones with a collapsed roof. It is surrounded by pine trees and dry scrubland. Inside is a dark room right up against the very rock: 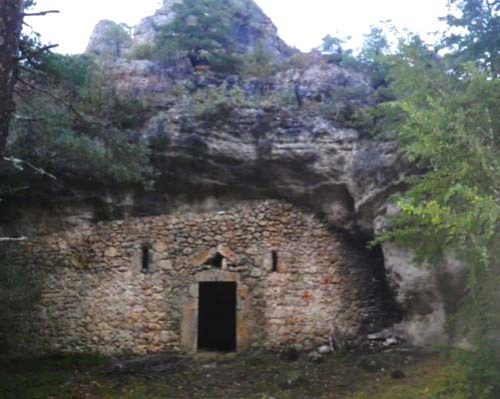 It contains an oven where Jean Grin used to roast children to eat. Outside are piles of stones covered with soil, reputed to be the burial places of his victims: 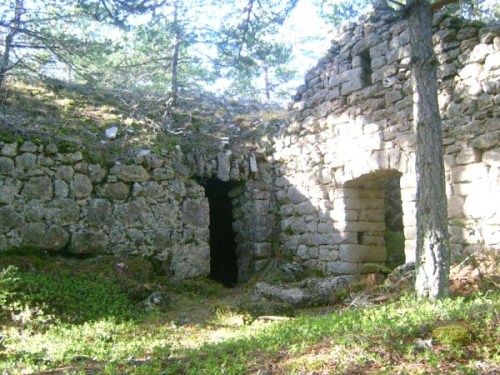 Jean Grin had retreated to this hovel because of his inability to get along with his neighbours. Soon afterwards, young shepherds and shepherdesses began to disappear in the surrounding area:

He was regarded as being a half-man, half-beast, because he had lived for such a long time out in the wild. Everybody knew that he loved to kill and eat his victims. Terror soon spread throughout the region: 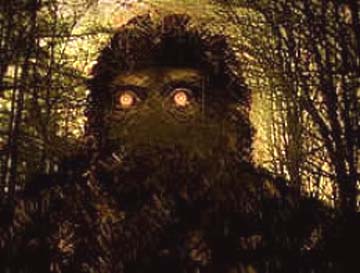 Jean Grin only attacked weak people or children. In just six months, from June to December, 1799, this monster killed three victims before running away at prodigious speed. The locals thought he was a second Beast of Gevaudan, because he always attacked children and ate them.

The important noblemen of the area though, did not blame Jean Grin the Ogre, but rather the so-called Beast of Veyreau, an unknown creature of some kind which was also running amok in the region around this time, slaughtering young shepherds and shepherdesses.  The noblemen said that this mysterious animal was either a very large wolf, a lynx or a hyena. The ordinary peasants of the countryside, though, already traumatized by a succession of similar horrors, thought that it was a werewolf:

Of all these dramatic events, with ogres, very large wolves, lynxes, hyenas and werewolves (the popular choice) all loose in the area at once, the collective memory of the local people has retained only the most fantastic details, which are perforce the most terrifying ones.

For them the Beast of Veyreau could only be Jean Grin, the wild man. On his shoulders weighed all the problems of the community. He was an ambiguous creature, half way between animal and man. Jean Grin took on the attributes of a savage, brutal wild man which no social norms could restrain. The skin of the beast that covered him transformed him into a magical, demonic creature: 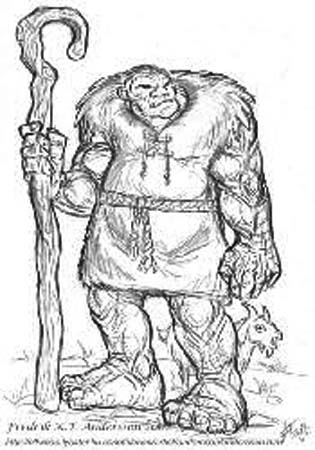 Jean Grin was, according to others, the misunderstood and innocent victim of wild rumours and stories with absolutely no basis in fact. The people of the area found this wild man, therefore, a scapegoat for their suffering during these times of misery and famine. He became a guilty person that nobody would protect.

Who was Jean Grin really? Nobody knows! Whatever the case, this mysterious character, whether man or monster, was finally trapped and surrounded in his lair by a mob of over-excited women who, armed with pitchforks and sticks, dragged him to a neighbouring hamlet where he was burned alive in a white hot oven: 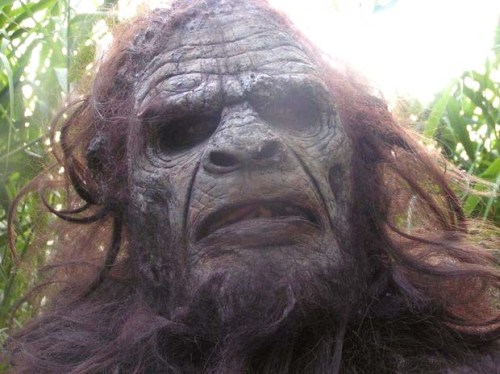 And popular memory had it that :

” When John Grin died, his skin leapt around on the ground ; and therefore he was the Devil. ”

With the death of Jean Grin, the population of the entire region felt liberated, as if order and morality had finally been re-established.

Entering into legend, Jean Grin still haunts the country of his misdeeds, as the all-devouring monster, the ogre who seized and ate children.”

As background information, you should not forget though, that at this time, namely in 1799, this particular area of France, as was mentioned above, was already experiencing the ravages of the Beast of Veyreau. I wrote a more detailed article about this animal which was published on January 16th 2018
Basically, it was a creature which was generally considered to be either a wolf or some other unknown canid. It was a beast which filled all the local inhabitants with great fear:

And certainly, the Beast’s behaviour was not good. He must have spent many an unhappy hour sitting on the naughty step, thinking very carefully about what he had done, and indeed, who he had devoured.
Any child that might meet the Beast, for example, stood a very good chance indeed of being carried off and eaten, first the liver and then the limbs. In the space of just six months, three victims were killed by this beast, including a boy of six.
This is the background, which might well lead us to interpret the story of Jean Grin in a number of different ways. It may well have been a story invented to attract tourists, like the Loch Ness Monster is thought by many to be: 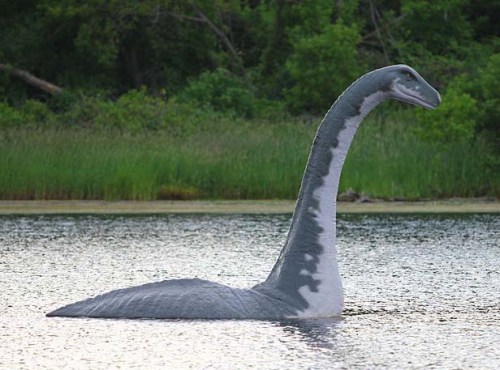 There was, therefore, no such individual as Jean Grin. The whole thing was just an invented tourist trap.
Another slightly different approach would be to say that when the limbs of a six year old victim of the Beast of Veyreau were found hidden in the earth in the Malbouche Ravine, it was only too easy to look across at the nearby “hovel of stones with a collapsed roof” and attribute these ghastly unsolved murders to the person who had lived in the ruins shortly before. Harmless old weirdo, Jean Grin, who could then become transformed into an ogre, a supernatural figure.
Perhaps the tale of Jean Grin the Ogre was used to make up for the incompetency of whoever was in power now, ten years after the French Revolution. Perhaps serious questions were beginning to be asked about the value of this unbelievably massive political upheaval. The revolutionaries were palpably no more capable of capturing the Beast of Veyreau than the noblemen had been ten years before, in the bad old pre-revolutionary days of a Royal France. But if you blame all the gory deaths on Jean Grin the Ogre, though, and you know where he lives, then you can kill him and all your problems are solved.

Your inability to kill the real Beast of Veyreau very soon becomes a matter of minor importance. And if the Beast goes on to slaughter any more victims, just deny the events any publicity. If people continue to make an issue of it, put them in prison, or worse. Here is a lovely Ogre, drawn lovingly by Gustav Doré : 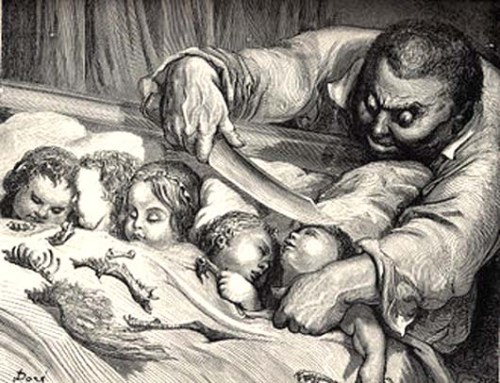 Another solution, a slight variation on the previous scenario, is that when nobody whatsoever seemed capable of catching the Beast of Veyreau, that apparent incompetence must have caused enormous frustration to everyone in the area. Perhaps a group of local mothers looked around the Malbouche Ravine on one particular occasion and were unable to locate any fierce animal. Acting as “a mob of over-excited women”, they then decided to take out their frustrations on the nearest passing weirdo. The ghastly fate of Jean Grin then just becomes a simple case of “strange eccentric in the wrong white hot oven at the wrong time”.

The situation is a little like the recent case of Christopher Jefferies, a retired teacher and the landlord of an unfortunate murder victim. He was perceived by the press to be a “dark, macabre, sinister villain” but a more accurate description might well have been “an innocent man wrongly accused of murder by the police”. Clearly, the eight newspapers he successfully sued were playing the part of the women of Veyreau.
There is just one more solution to the legend of Jean Grin. It may be a deeply seated racial memory, but that idea will have to wait for the future.